Batman turns 30: All of the big-screen Batmen, definitively ranked

You ever dance with the devil in the pale moonlight? Because a bunch of dudes in Hollywood sure have.

To play Gotham City's favourite son Batman on the big screen, you've got to have thick skin, a square jaw, six-pack abs (not really, the Batsuit will take care of that) and the ability to play both Dark Knight and unmasked rich-guy alter ego Bruce Wayne. And it's a good time to celebrate all these guys with the 30th anniversary Sunday of director Tim Burton's Batman, which unleashed "Batmania" on pop culture and a hero in Michael Keaton who has no problem getting physical ("You wanna get nuts? Come on, let's get nuts"). 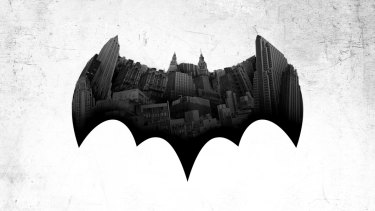 All the Batmen definitively ranked

In honour of the blockbuster that punched the summer of 1989 right in the face, here's our definitive ranking of cinematic Batmen over the years. 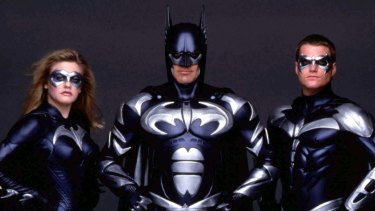 If only sporting Bat-nipples was his biggest problem in Batman & Robin (1997). Clooney's take on Bats was surrounded by a terrible Mr. Freeze (Arnold Schwarzenegger), a terrible Poison Ivy (Uma Thurman), a terrible Batgirl (Alicia Silverstone) and just a terrible movie. If we're being honest, though, his hero was way too earnest — like Doug Ross dressing up in the ER for Halloween — and he'd probably be a better Bruce Wayne now than he was back then. It's OK, though; his career turned out just fine. 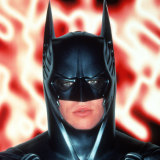 He should really be given an "incomplete" grade after only one movie: 1995's Batman Forever, a colourful romp that went completely away from Burton's darker vibe but might as well be Citizen Kane compared to Clooney's Bat-flick. Kilmer totally had the chin for the Batman cowl (though he never got the voice quite right), and he wore the Wayne tux well. Then again, anyone probably would have looked serviceable around Jim Carrey's completely over-the-top Riddler and Tommy Lee Jones' bonkers Two-Face. 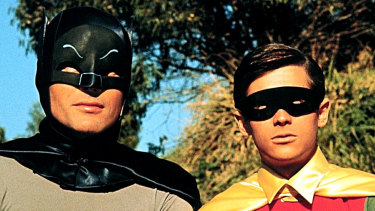 Adam West and Burt Reynolds in Batman: The Movie.

Who cares if it's more than 50 years old? The 1966 Batman: The Movie is still a hoot to watch and gave TV's resident camptastic Caped Crusader a chance to hit the cinema with his boy wonder Burt Ward and most every villain in their rogues' gallery. Also, who else would be so cool dealing with almost getting eaten by a shark (thanks, shark repellent Bat-spray!) and taking the time to avoid blowing up a bunch of cute ducks while trying to dispose of a bomb. Now THAT, kids, is heroism. 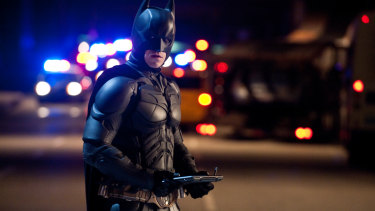 Christian Bale as Batman in The Dark Knight Rises.Credit:Warner Bros

Two things work in his favour. One, the dude's a great actor – an Oscar winner, even. But also, Bale's the only guy to (thus far) get a whole character arc for his Batman in Christopher Nolan's trilogy: Batman Begins (2005), The Dark Knight (2008) and The Dark Knight Rises (2012). His journey from novice vigilante to Gotham "villain" and back to hero is an epic one, though Bale does his strongest work overall in Begins. (Dark Knight is all about the late Heath Ledger's iconic Joker, and the cluttered Rises brings everyone down with multiple villains and a jumbled plot to destroy Gotham.) 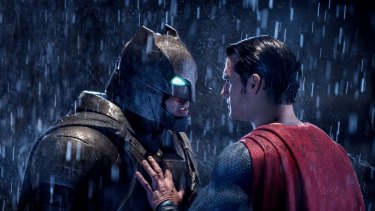 The Batfleck over Bale? What?! Maybe a controversial choice for some, considering his role lasted only three DC universe movies: Batman v Superman: Dawn of Justice (2016), Suicide Squad (2016) and Justice League (2017). However, Affleck did well inhabiting a guy who's been fighting crime for a long time, is jaded by the deaths and destruction in his life, but still finds hope and humanity when surrounded by his superfriends. His run was fleeting, though what worked with Affleck more than anything was the sense that Batman and Bruce are the same guy: In one BvS scene, he rips off his cowl and just goes to work feverishly in the Batcave without bothering to change into, say, a smoking jacket or high-end PJs. 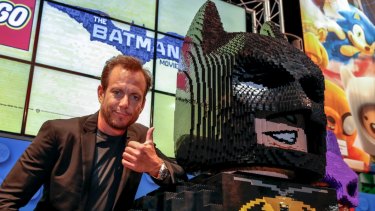 Who needs a Bat-bod when the voice is macho perfection? Arnett's animated Lego Batman made appearances in 2014's The Lego Movie and its 2019 sequel, but rocked truly hard in The Lego Batman Movie (2017). It's the rare Batman movie that understands at his flawed core, he's a complicated loner and a hot mess who often can't get out of his own way long enough for the greater good. Arnett's growly dudebro vocals do wonders in first masking but later revealing the warmhearted guy underneath yearning for a family. 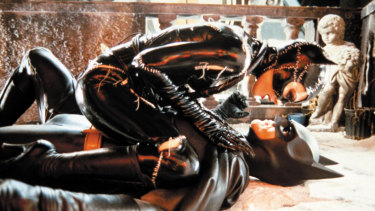 Burton's Batman and Batman Returns three years later not only did wonders for the character in pop culture but also gave the generation who grew up on those movies their Dark Knight. Keaton looked extraordinarily cool tooling around in his Batmobile and tackling (but never getting overshadowed by) Jack Nicholson's kooky Joker and Michelle Pfeiffer's purr-fect Catwoman. And as Bruce Wayne, Keaton brought a hint of crazy to Batman's alter ego, enough where you think, "Of course THIS GUY is going to dress up as a bat and go fight crime."