Rose departed The CW series at the end of Season 1, with Javicia Leslie’s Ryan Wilder taking over the lead role 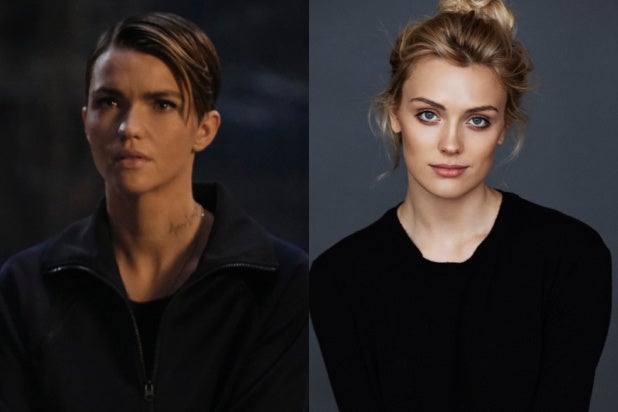 “Batwoman” has cast Wallis Day in the role of an “altered” Kate Kane, the part formerly played by the show’s now-departed star, Ruby Rose.

Season 2 of The CW superhero series has centered around Ryan Wilder (played by Javicia Leslie) taking up the cowl as the new Batwoman, amid the mysterious disappearance of Kate Kane.

On Sunday’s episode, the audience discovered that the missing Kate Kane is alive but bandaged and unrecognizable. Fans will find out in subsequent episodes that she is bandaged due to injuries she sustained in the crash and that she is being held hostage.

“Krypton” alum Day will play this “altered version” of Kate Kane, a representative for The CW told TheWrap, with the second half of “Batwoman” Season 2 revealing where Kate has been, and what that means for her character going forward.

The CW confirmed that the season will also continue to focus on the journey of Leslie’s Ryan Wilder, “which solidifies that she is and will continue to be our only Batwoman.”

Taking over for Rose as the The CW show’s heroine at the start of Season 2, Leslie is the first Black actress to play the character of Batwoman in a live-action TV series or film.

British actress day is best known for her leading role on “Krypton.” Her other TV credits include “Jekyll and Hyde,” “Casanova,” and “The Royals.” Day recently wrapped a starring role in the feature film “Infinite,” directed by Antoine Fuqua opposite Mark Wahlberg and Chiwetel Ejiofor.

She is repped by Hamilton Hodell and UTA.