Kicking off the first BBC Breakfast of the week, Roger Johnson joined Louise Minchin on the famous sofa to bring the latest headlines. And following the reports that a Covid vaccine passport could be rolled out in the government’s next steps into tackling the coronavirus pandemic, Johnson was keen to hear from the opposition about their stance on the proposals. However, many BBC viewers may wish he hadn’t as Labour’s Rachel Reeves didn’t exactly provide the answers Johnson was after – sparking a furious reaction online.

Sparking the debate, Johnson asked Ms Reeves right away about Labour’s position on possibly rolling out the vaccine passports, to which the Shadow Chancellor admitted the part had “reservations”.

Keen for more clarity, Johnson questioned: “If you have reservations about it, what is the alternative?”

Ms Reeves responded: “Well, the problem with the government is one minute they’re saying there’s not going to be vaccine passports and the next minute there will be.

“Then they say -“ Ms Reeves tried to continue but not before Johnson could interject as she seemingly tried to avoid the question. 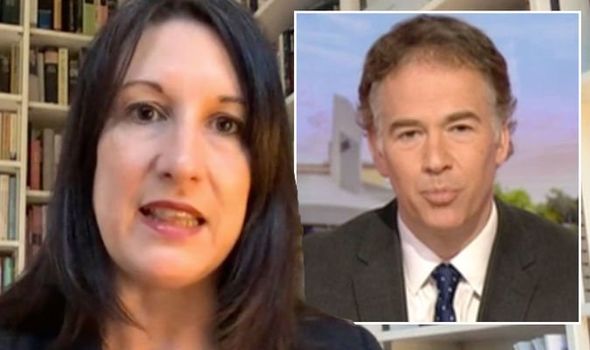 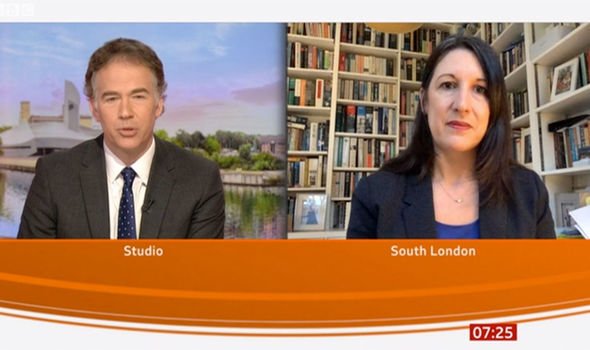 “What is the alternative?” Johnson interrupted but Ms Reeves appeared to bypass the question again.

“Well, at the moment, we have the excellent take up of the vaccine.

“I was at a GP’s surgery in Armley in Leeds, and already they are seeing 90 percent take up of the vaccine which is absolutely amazing,

“So I’m not entirely sure what problem the government is trying to solve -“ Ms Reeves added but once more, Johnson took issue with the answer. 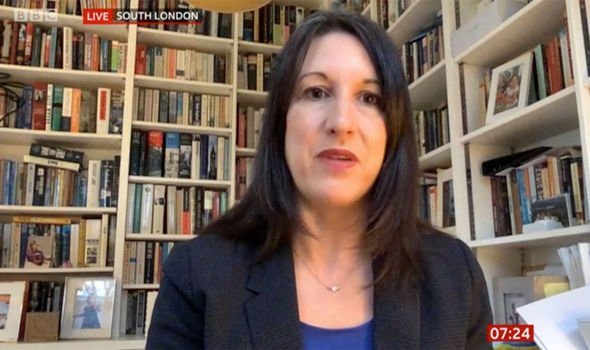 “So you don’t think they’re necessary is what you’re saying?” he grilled, before adding: “Sorry to interrupt.”

And while Johnson clearly wasn’t pleased with Labour’s answer when it came to the alternatives, he wasn’t alone.

Following Ms Reeves’ interview, a number of viewers took to the web to vent their frustrations at the seeming lack of substance to her answers.

“#BBCBreakfast when will this shower of s**t learn? Opposition should offer credible alternatives.. not just continuously criticise what’s been done,” one viewer firmly put.

A second added: “@bbcbreakfast #bbcbreakfast typical #labour opposition. They like to say what they think the gov are doing wrong, but they never have any good alternatives to offer, pathetic. She wants to open the economy but has no idea how to achieve it.”

“Just watched an interview with @RachelReevesMP & it’s great telling everyone what the tories haven’t/aren’t doing well so when asked what would labour do? No clear answer,” a third weighed in.

They added: “This won’t make labour a party of choice @BBCBreakfast.”

While a fourth added to the discussion: “Definitely, not a government supporter but Rachel Reeves and Labour Opposition sounds just as useless #bbcbreakfast

Shortly after Ms Reeves; interview, Minchin welcomed the Minister of State for Health Edward Argar on the programme.

With the news that lateral flow tests will be offered to members of the public, Minchin was keen to hear just how feasible this test rollout would be.

Throughout, Mr Argar insisted it was a “reliable” idea and effective way of checking someone’s diagnosis moving forward.

BBC Breakfast airs daily at 6am on BBC One.