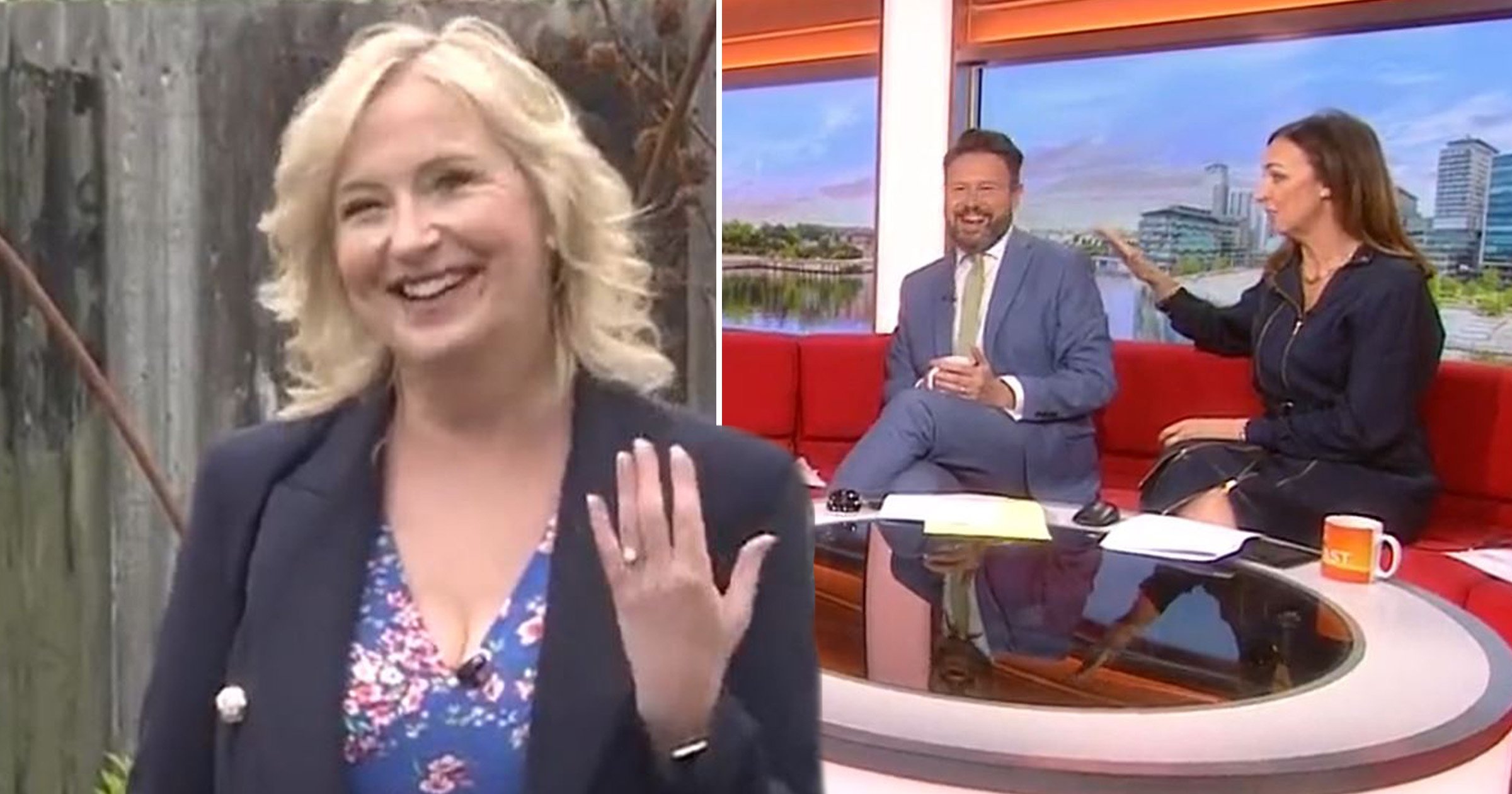 The TV star was presenting live from the Chelsea Flower Show on Monday morning while noticeably sporting a new ring on her left hand, prompting her colleagues Sally Nugent and Jon Kay to probe her on the blinging jewellery.

‘I’m a bit concerned about how you’re standing up with a giant rock on that left hand,’ Sally joked.

‘Thank you Sal! It is rather nice,’ Carol said before blurting out: ‘I got engaged!’

Sally replied: ‘It’s the happiest news! We are so, so delighted. Congratulations.

‘Can we confirm to the nation what has happened?’

Carol then revealed that her partner proposed during a recent holiday, adding: ‘It’s lovely news and we’re both thrilled. Thank you.’

Congratulating the weather presenter, Jon said: ‘We’re all so chuffed for you carol, on behalf of everyone here and everyone at home too.’

He then joked if she was looking to use the marquee at the Chelsea Flower Show for her nuptials, to which Carol replied: ‘I’m taking note of all the flowers Jon. No, no plans afoot yet.’

Leading the stream of congratulatory messages, Carol’s fellow BBC host Mike Bushell said: ‘Wow, what fabulous news to wake up to today. Huge congratulations to wonderful friend and colleague @carolkirkwood so chuffed for you on your engagement.’

Carol, 60, has not revealed the identity of her mystery boyfriend, after confirming their romance in June 2021.

Opening up about her new love, the former Strictly Come Dancing star told Prima magazine at the time: ‘I don’t want to say too much about my boyfriend, but I will say that he is very kind and very funny – he’s always making me laugh. And extremely handsome, as well.

‘He always makes me a cup of tea before I go to work in the morning, which is very romantic – it’s 2.45am and he often leaves me a little love note for when I come home from work. That, to me, is worth a million red roses.’

It will be Carol’s second marriage as she was previously wed to husband Jimmy Kirkwood for 18 years. However, they split in 2008.