BBC News: ‘Many questions’ Naga Munchetty makes quip after getting carried away by co-star

Naga, 44, was joined by her BBC Breakfast co-star Charlie Stayt, 56, to host the show this morning.

The pair were joined on the sofa by sports reporter Sally Nugent, 47, after delivering today’s news stories at the top of the BBC programme.

Sally usually joins the presenters in the first 15 minutes of the show to give the sports headlines before rejoining them later to speak about the stories in greater length.

Having heard the news stories, it seemed Naga was eager to know more about one in particular, which was addressed by Sally once she’d wrapped her summary.

While Sally was speaking over the top of a video of a sports story, it seemed Naga tried to interrupt her as once the camera returned to the sports reporter, the presenter addressed her co-star’s eagerness.

Sally told Naga: “You are allowed to interrupt me in the middle of that bulletin.

“It’s just a little roll of headlines. I know we’ve got pictures to get to,” she continued as Naga seemed timid over her initial eagerness.

The host said to Sally: “I’m sorry. You know I’ve always got so many questions for you,” with a cheeky grin on her face.

Glad Naga wanted to know more about the story, Sally reassured her by replying: “Good.”

Charlie then stepped in and quipped: “More questions than answers, that’s the way it always works on this programme,” before moving on to the weather forecast. 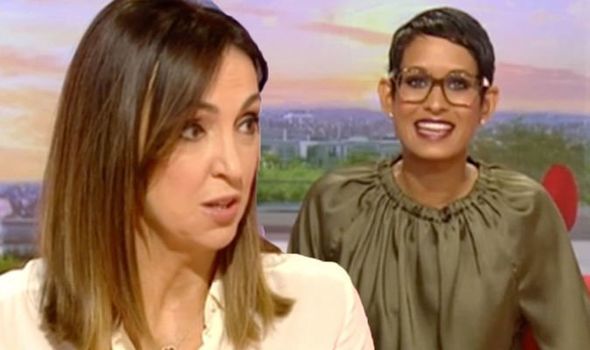 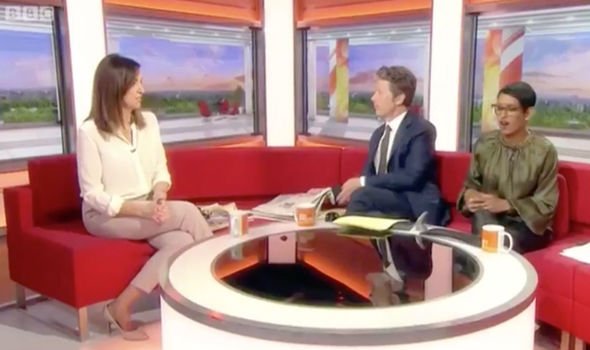 The weather segment today was presented by Sarah Keith-Lucas from Fulham Palace, standing in for Carol Kirkwood, 57.

Although the forecaster isn’t the only weather presenter to inform viewers about the latest conditions, Carol has recently addressed her future on the show.

Carol shut down claims about her leaving the programme after a fan quizzed her about her future following a report on the show last week which saw the weather forecaster discover her image had been used in fake social media advertisements. 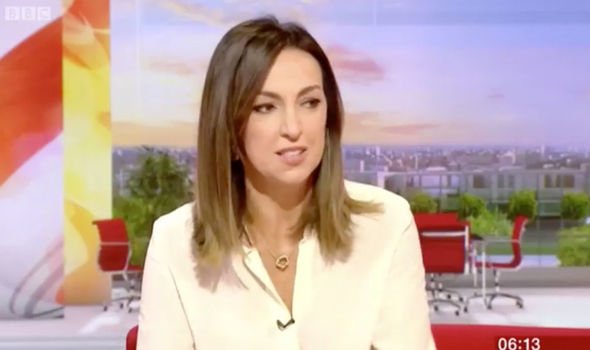 Last week, another BBC Breakfast host hinted they could be set to join the Strictly Come Dancing line-up later this year.

Steph McGovern, 36, was appearing on The One Show on Friday when she was asked about possibly taking to the dance floor.

Having seen an old image of Steph in an Irish dancing costume, presenter Rylan Clark-Neal, 30, asked: “Why have you never done Strictly then if you’ve got all of this talent? “

The BBC Breakfast presenter replied: “Do you know what it is? I’m so competitive and I think because I did dancing, I’d want to be brilliant.

“And I think look at me now, look at the way I came on, I was a right mess,” she continued, referring to her entrance to the studio.

BBC Breakfast airs weekdays at 6am on BBC One.