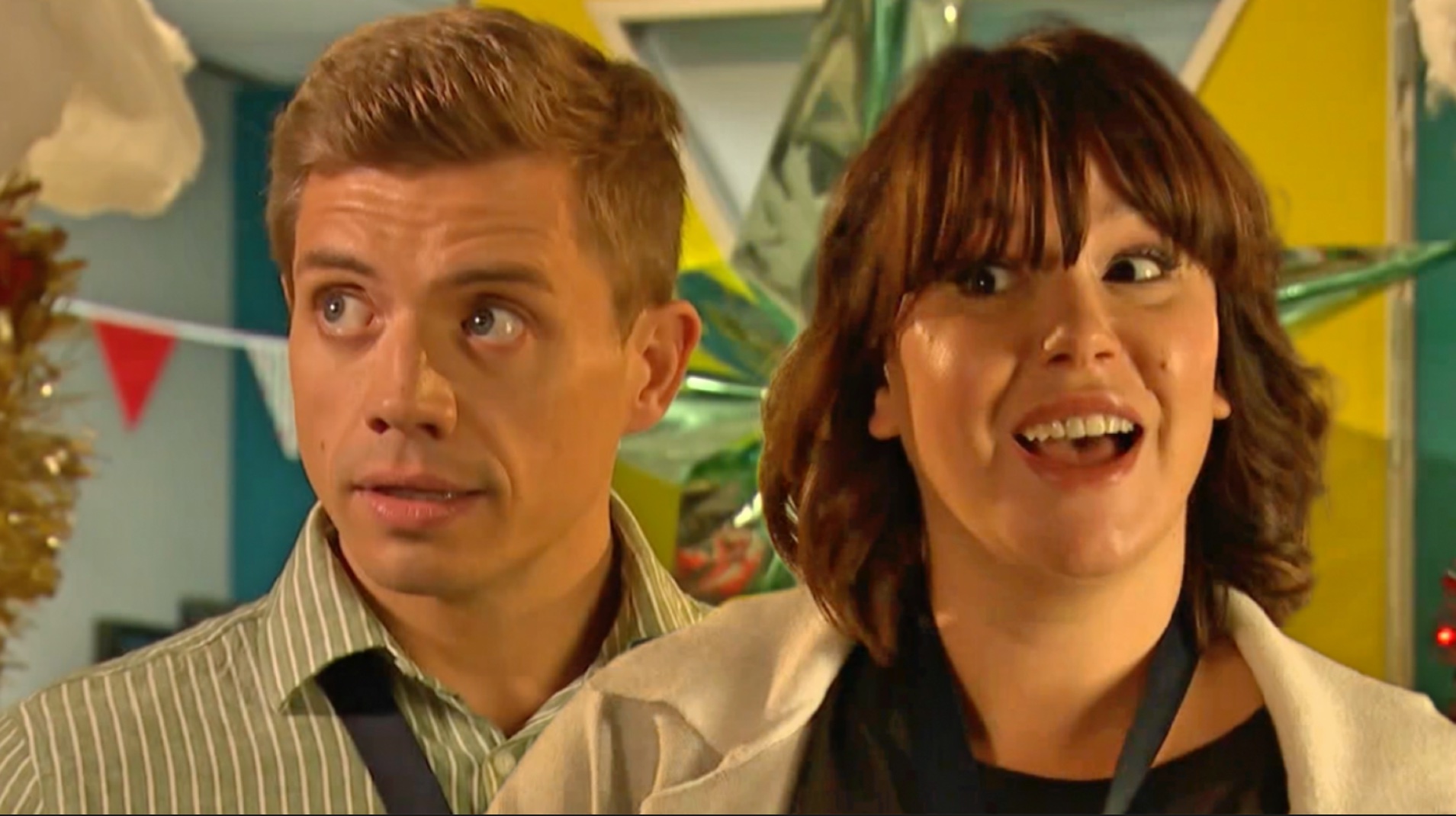 Beau Ramsey (Jon-Paul Bell) will have some serious explaining to do in Hollyoaks later this month after Nancy Osborne (Jessica Fox) catches him on an adult site.

The newcomer, who has got a job at the high school as a new PE teacher, has been harbouring a secret, with fans knowing full well that he’s not being honest about something in his past.

But despite his secret, he’s determined to make a go of his new position at the school and he comes to the rescue in upcoming scenes, after Leah Barnes (Ela-May Demircan) and Charlie Dean (Charlie Behan) stage a prank, which leads to the governor almost slipping on hand sanitiser!

As a punishment for their recent actions, Beau tells Leah and Charlie to film a video which aims to teach students to respect one another.

Charlie and Leah, however, end up filming Mason having a meltdown instead.

What happens next remains to be seen, but one thing leads to another and Nancy walks in on Beau looking at an adult site!

Whether or not Beau can explain himself remains to be seen, but Nancy is left suspicious of the newcomer and thus conducts an investigation, searching his name online.

And she’s shocked by what she finds!

Subsequent scenes see Nancy determined to get answers, and thus she gives Beau a chance to explain himself, but makes it quite clear that she’s going to speak to Sally St Claire (Annie Wallace) about what she’s found.

Can Beau put her mind at rest?

What’s more, just what exactly has Nancy found out about him?

One to watch: Wednesday January 4 at 7pm on E4.