Home » TV & Movies » Beauty and the Beast SHOCK theory: Bookstore owner was the Enchantress in disguise

Beauty and the Beast SHOCK theory: Bookstore owner was the Enchantress in disguise

There have been some brilliant Disney fan theories over the years and now it looks like we’ve got another cracker. Remember the Enchantress in the animated version of Beauty and the Beast who transforms the Prince into the Beast? Well, what if she was the bookstore owner in disguise all along?

Reddit user IKindaLikeRunning writes: “In the opening of the film we learn that an enchantress placed the curse on the Beast and his castle, but gave him an out (he has to fall in love before the rose loses all of its petals).

“In the first song of the film, Belle visits a bookstore and remarks how much she loves one particular book (“daring sword-fights, a prince in disguise!”).

“Later in that same song, she is singing about the book: ‘here’s where she meets Prince Charming, but she won’t discover that it’s him til Chapter 3.

“Though she doesn’t dive into the plot of the book any more than those speaking/singing parts, this book roughly describes the events that happen to her in this movie.” 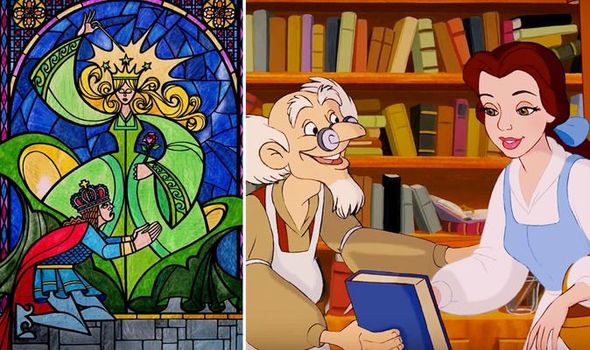 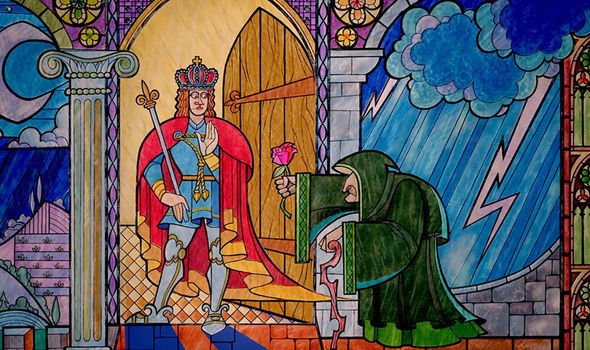 They continued: “BUT, while she is in the bookstore raving about this book, the owner of the store says to Belle ‘If you like it all that much, it’s yours.

“We are meant to understand that he is giving her the physical copy of the book.

“However, I posit that he is giving her the STORY of the book, as in granting to her that the events of the book will now become events in her life.

“He is saying the story will be HER story.” 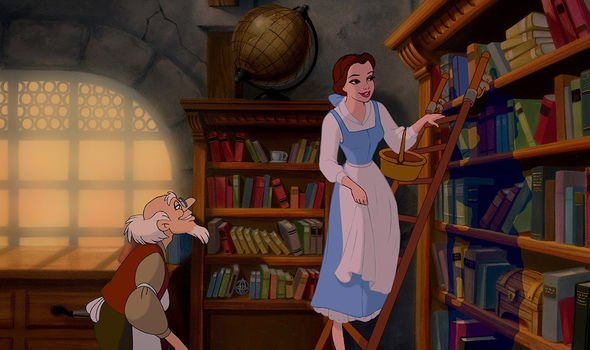 They added: “Perhaps the enchantress, disguised as the bookstore owner, was setting into motion the possibility for the prince to break his curse.

“Or maybe the store owner wasn’t the enchantress, but rather an entirely separate magical being! Insignificant, but food for thought.”

Meanwhile, another fan theory goes further by arguing that the Beast doesn’t exist at all.

This theorist wrote: “The early characterisation of the Beast and Gaston are extremely similar: violent, brutish, boorish, ill-mannered.”

They continued: “Neither one can read. Belle reads a book of fairytales at the beginning of the book that majorly foreshadows the plot twists of the movie to come.

“I theorise that Belle brings home the book – and that is where her elaborate fantasy begins, starting with when Maurice’s invention implausibly works, sending him away. She starts reading and imagines him to be the merchant in the classic fairytale.”

“Instead, Maurice is present for Gaston’s proposal to Belle – and gives his blessing for them to marry (he speaks favourably of Gaston earlier in the movie).

“Belle and Gaston are married immediately, and the entire rest of the film is Belle’s fantasy of reforming her violent, tempestuous husband into a well-mannered Prince.”

The theory goes on: “This is why the villagers don’t recall the presence of the castle in one day’s riding distance, and why Belle is not shocked by anything she encounters in the enchanted castle – in fact, she’s excited by them. They’re her fantasy, drawing from the fairytale.

“The violence that happens to Maurice is a result of Belle’s mixed feelings toward him for marrying her off. Belle also imagines the castle full of companions who can give her what she’s been lacking in her village life: a mother figure, pets, a nice child (instead of six sons who are just like Gaston), educated and cultured friends.

“In the end, Belle hopes that the prince inside will triumph over her true husband, but she’s worried that he’ll return to stab them both in the back, metaphorically speaking.

“Still, despite the fact that she isn’t able to lift her curse even in her fantasy, she can only imagine for herself a happy ending.”