Filming the Below Deck franchise isn’t just a nail-biting experience for the crew aboard the yacht – producers also know they have only six tight weeks to capture magic in a bottle. Whatever magic they capture, regardless of the circumstances, is the show.

Other reality series, like the Housewives, can stretch their filming schedule if they aren’t getting what they need to create storylines, The New York Times reports. For instance, Million Dollar Listing New York spent more than a year shooting season 9 when Covid-19 briefly shut down production. But when Covid threatened Below Deck Season 8, producers had no choice but to cut the season short. But also churn out the same number of episodes as if they shot for the entire six weeks. 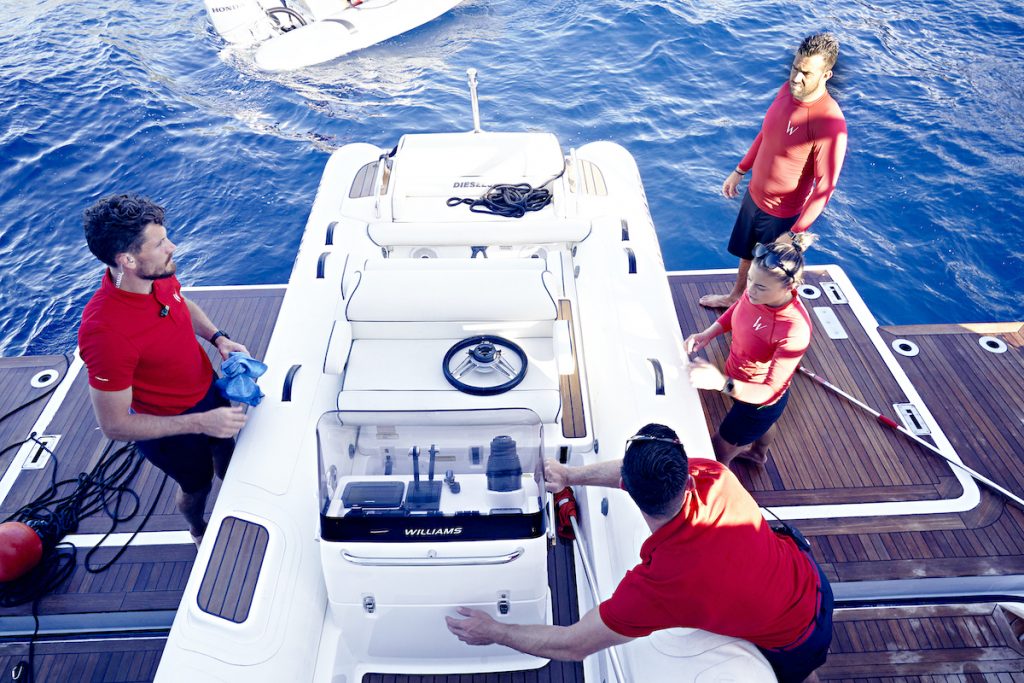 ‘Below Deck’ producers only shoot during a short time window

Bad weather, crew member staffing issues, and even a boat crash can all mean disaster for the season. “You can’t say, ‘Oh, the show’s not going great. Let’s extend shooting three weeks,’” Noah Samton, senior vice president of current production for Bravo told The New York Times. “The window for shooting the show is the window and that’s it. Whatever we get, we get and we’re done.”

He admits he doesn’t sleep sometimes during the season, especially when he learns the yacht couldn’t leave the dock during Below Deck Mediterranean Season 5. High winds prevented Captain Sandy Yawn from safely leaving the dock, and news like that isn’t great to hear when it comes to filming a show about yachting.

Stress eating is another part of the job. “I eat stuff in the control room that I would never eat in my real life, ever,” executive producer Courtland Cox admitted. “I get halfway through a thing of gummies and I’m disgusted with myself. But I just start stress-eating Swedish Fish.” Adding, “Every location we go to, there’s some sort of special flavor of Pringles. So that’s a highlight for everybody.”

What happens when ‘Below Deck’ gets less than six weeks to shoot?

But what happens when you don’t even get the entire six weeks to shoot? Below Deck producer Lauren Simms recalled finding out production would be shut down due to Covid. “They don’t teach you how to sort of prepare for crisis situations like this,” she told Bravo Insider. “And it certainly felt like we were in a crisis because, you know, you have a team of about 50 out there.”

“It was a very surreal feeling. We went down there [to Antigua] in early February,” she added. “We just thought this would pass, and being down there, we were in a bubble. I think by the time we wrapped up in mid-March, there was only one case.”

But once it became abundantly clear production would shut down, the team immediately went to work. “Right when we got back, when we were sort of starting to figure out how many episodes we have and start to figure it all out,” she recalled. “I was like, well, we should definitely date stamp things, because as Covid becomes more and more and more, I think it’s important to know what date we’re at.”