Billie Shepherd is one of the 12 celebrities who signed up to be part of this year’s Dancing on Ice. The ITV skating competition features the likes of comedian Rufus Hound, DJ Sonny Jay and ex-Coronation Street star Fay Brookes just to name a few. However, one famous face will not be skating her way around the ice rink on tonight’s (Sunday, January 31) episode.

Billie Shepherd – formerly Faiers – is best known for starring in ITVBe’s hit show The Only Way Is Essex.

She mainly stayed out of the limelight when it came to drama in the series but her sister Sam Faiers’ love life with exes such as Mark Wright and Joey Essex caught viewers’ attention.

Billie left Towie in 2016 and joined Sam for new series Sam and Billie: The Mummy Diaries on ITVBe.

She had daughter Nelly in 2014 when she was still taking part in TOWIE and then son Arthur in 2017.

Billie and the father of her children Greg Shepherd got married in 2019, having a luxurious wedding in the Maldives. 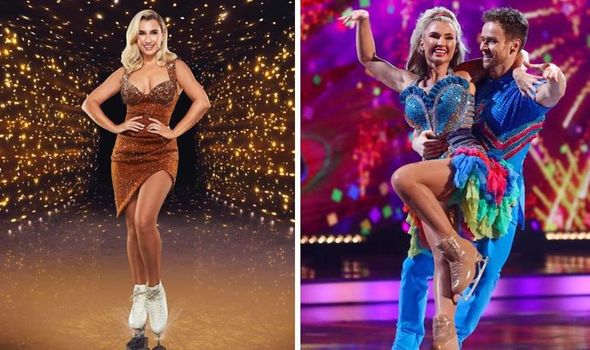 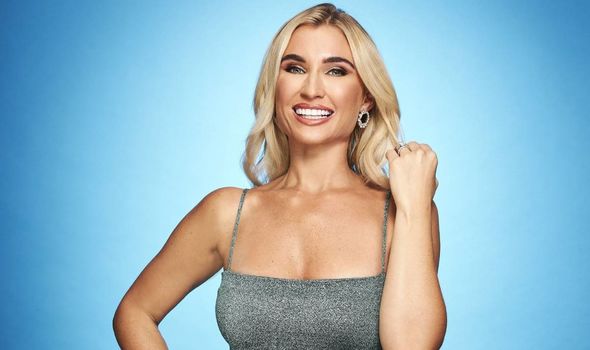 Why is Billie Shepherd not on Dancing on Ice tonight?

Last week, Billie and professional skating partner Mark Hanretty earned their place in the competition after a lively routine to Spice Girls’ Spice Up Your Life.

However, earlier this week it was announced Billie would be missing out on tonight’s show which is Musicals Week.

A spokesperson for Dancing on Ice said: “Sadly due to a family bereavement this week Billie Shepherd is taking a break from the ice and won’t be on Sunday’s show.

“We look forward to her returning next week and send her all of our love at this sad time.” 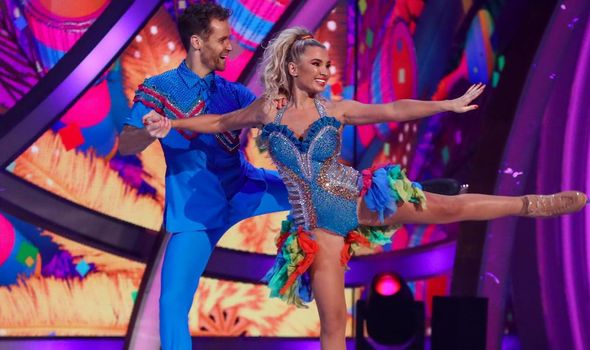 Wendy, who was mum to the sisters’ dad Lee Faiers, died at the age of 77, reportedly from pneumonia.

Both of them have been taking a break from their social media accounts and it is believed they have been given time out from filming their show The Mummy Diaries.

Billie isn’t the only Dancing on Ice contestant who won’t be returning this week.

West End singer and actress Denise Van Outen has had to pull out of the competition altogether after suffering an injury to her arm.

Denise had a nasty fall during rehearsals and has three bone fractures as a result so can no longer compete.

Taking to Instagram, Denise said: “Matt Evers has been the most incredible support and skate partner (a true friend) and I’m so grateful for his expertise in teaching me (ice virgin) the basics.

“I just wish I was well enough to learn all the fabulous tricks my injury won’t allow me to do.

“Chair dancing on Ice with a massive pie won’t get us points on the leaderboard.

“I’m actually proud of what I’ve achieved ( not much, lowest scores so far). If you don’t mind I’m going to give myself a couple of points for bravery for doing cartwheels on Ice at 46 with broken bones.

“I wish all the celebs, pros and judges the best of luck for the rest of the series. I’m rooting for you all. Bunch of legends.”

In the second week of the competition, the remaining six celebrities took to the ice for the first time.

Brookes came out on top with a score of 31.5 from the judges following her performance to Lover by Taylor Swift.

When it came to deciding who was to be sent packing, the judges chose to get rid of Myleene who was named as the first celebrity to be eliminated.

Dancing on Ice continues every Sunday on ITV.