Bradley Walsh: The Chase host shocks with explicit outburst ‘They could smell the s***’

Breaking Dad returned for its second season on ITV tonight (January 8) as Bradley Walsh and his son Barney took on difficult challenges to see who would come out on top, travelling around America to places they have never been. However, tonight’s episode shocked viewers as Bradley swore on the ITV show before the watershed.

Series one saw Bradley and Barney travel from Los Angeles to Arizona, onto Texas and ending in New Orleans.

Tonight saw the father and son travelling to Florida and the first task was getting Barney a drink as he was officially legal to drink in America since turning 21.

The father and son travelled to Ernest Hemmingway’s favourite bar, Sloppy Joe’s, named by the author himself.

Bradley and Barney met a group of Ernest Hemmingway lookalikes who compete to see who resemble the author the most. 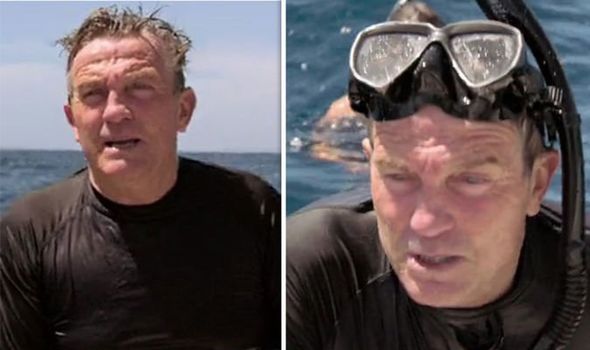 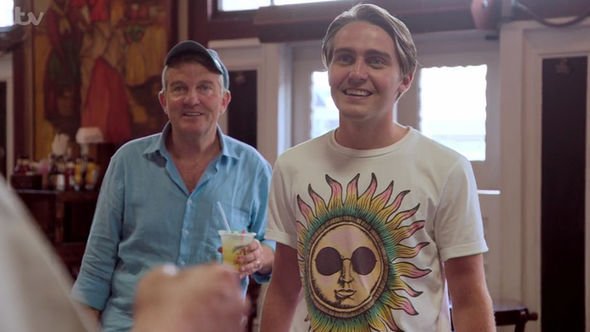 Barney asked: “So what happens if you win the Ernest Hemmingway competition then?”

One of them replied: “You get to judge it next week,” as he took a swig of his drink.

Bradley then found himself in stitches as the barmaid asked his son for his ID after trying to buy his son his first pint in the US.

This wasn’t a challenge for either of the men but it was their next location that had Bradley quaking in the RV. 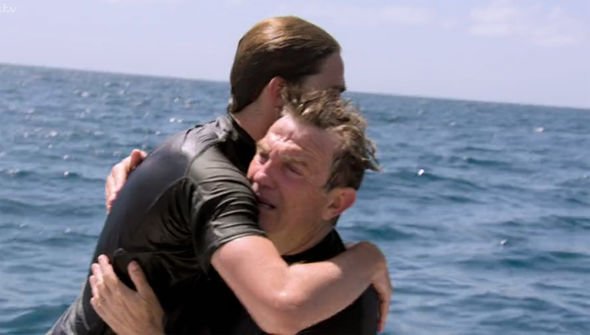 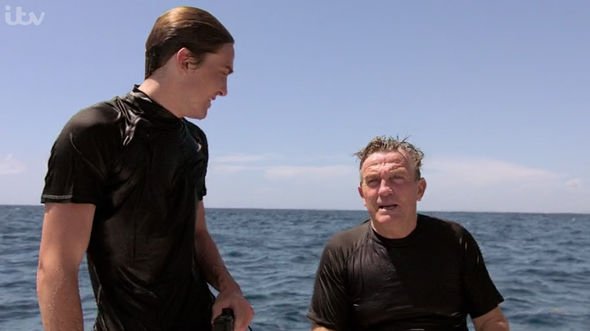 Barney introduced the next task and told his dad they were going swimming with sharks, to which Bradley was visibly nervous.

Bradley said: “I’d rather jump out of another plane. What do you mean they’re not going to be dangerous? They’re sharks, that’s their job.

“What do you do for a living? I’m a shark, I’m dangerous.” he continued to himself.

It didn’t get any easier once they got to the open water either, Barney was obviously excited about the challenge.

The two were taken further out in a boat, and just as they got in the water Bradley said: “I love you mate,” clinging onto Barney for dear life.

However, it was what Bradley said once they were out of the water and safe which left viewers shocked.

Bradley said: “Oh, god. Old Barney boy he loves all that stuff, I mean fair play to him but it’s not for me. Best thing for fish is on a plate next to chips.”

Barney got out and hugged his dad thanking him for trying, but Bradley was having none of it saying: “No thanks, mate. I wonder if they could smell the s***.”

Viewers took straight to Twitter to make sure they had heard it right, one asked: “Did I just hear the word s*** on #breakingdad @ITV before the watershed?”

Another quoted him saying: “I wonder if they could smell the s***?!” #BreakingDad @ITV.”

And a fourth said: “@BradleyWalsh just watched breaking dad loved it, you diving ‘could they smell the ****’ can’t wait for next week xx.”