Britain’s Got Talent is back with the second semi-final of the week and two more acts will qualify for the live final on Sunday night.

One person who knows exactly how the contestants are feeling is last year’s winner Lee Ridley, AKA Lost Voice Guy.

Reflecting on his time on the show, he spoke exclusively to Express.co.uk about the whole process, from his first audition to being crowned the 2018 winner.

And in particular, he explained the rehearsal process and revealed a secret.

When asked if the judges attended the rehearsals before the live show and if he was given any advice from them, he said: “The judges weren’t at the rehearsals.

“All the judges were lovely. And they’ve been so supportive since I won,” he continued.

“I’ve met both Simon and David Walliams a few times already, and they’ve been really good with giving me advice and stuff. I’m looking forward to working with them more in the future.”

Lee also mentioned the time he had a mishap backstage and commented: “Well, I did manage to fall down and injure myself after the semi-final.

“It happened back at the hotel bar after the show. I was just getting ready to celebrate getting through to the final when I tripped over thin air and landed right on my face.

“For a few moments, Lost Voice Guy became Lost Balance Guy. Thankfully I recovered in time to compete in the final. “ 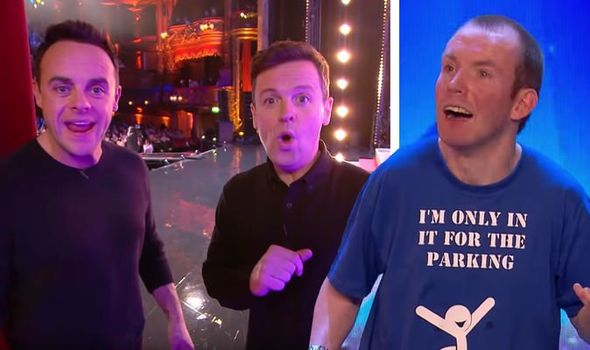 Lee is currently on tour visiting several locations around the UK and said: “During my BGT experience the general public were so supportive of me and everyone has been really lovely since, so it’s nice to give something back to them on tour.

“I’m excited to meet everyone and I hope they enjoy the show. The tour show is a typical Lost Voice Guy show, it’ll be cheeky, mischievous and, most of all, very funny.”

Alongside the tour, Lee has been working on a book which was published earlier this month.

“It’s always been a dream of mine to write a book, so I’m delighted to have had the opportunity to do it. It’s called ‘I’m Only In It For The Parking’ and it [was] published in May.”

“It’s basically all about the stupid questions people ask me because I’m disabled.

BRITAIN’S GOT TALENT 2019: ANT AND DEC FORCED TO APOLOGISE AFTER ‘MEAN’ PRANK BACKFIRES 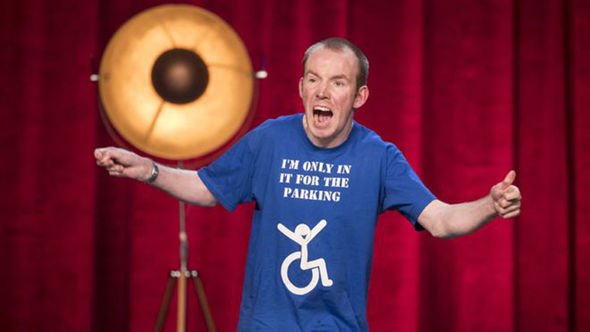 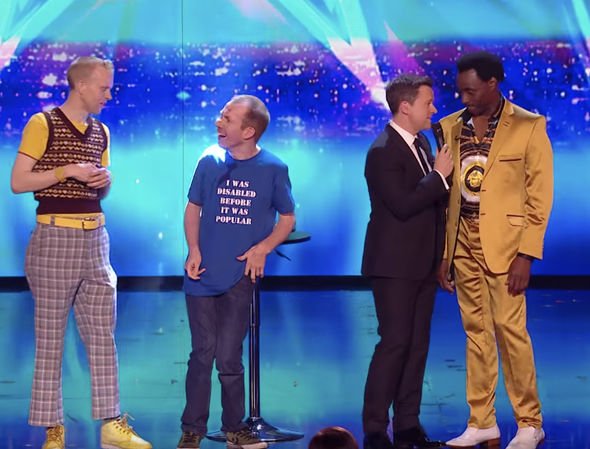 All the judges were lovely.

“My favourites in the book are, ‘Have you ever tried to talk just to see what would happen?’ And, ‘Are you as clever as Stephen Hawking?’ Spoiler alert – I’m not!”

Meanwhile, tonight, eight more performers will take to the stage in hope of impressing those watching at home.

But only two will make it through to Sunday’s live final and be in with the chance of winning £250,000 and a spot at the Royal Variety Show.

As for who the bookmakers’ favourite is, it seems David Walliams’ Golden Buzzer act Flakefleet Primary School Choir could win this years series.

Britain’s Got Talent 2019 airs tonight at 7.30pm on ITV for the second live semi-final.