Britain’s Got Talent: ‘CHILDISH’ Simon Cowell snaps at Amanda after she throws water

Stephen Mulhern was back this evening presenting tonight’s instalment of Britain’s Got More Talent which followed the final semi-final of this year’s competition.

However things soon turned more dramatic on the show when Simon Cowell hit back at fellow judge Amanda Holden after she threw a glass of water over him, but it was all in good humour.

During the segment of the show where fans have the chance to ring in and ask their favourite judge a question, one particular viewer wanted to know why none of the judges had chucked any water over the others this year.

Coming up with a possible explanation as to why the judges have remained dry, Stephen remarked: “I think it’s because they’ve all got on this year.”

Seizing the opportunity to cause a bit of mayhem, Amanda picked up her glass of water and chucked it over Simon, drenching his shirt in the process.

“Thank you, thank you for encouraging Amanda,” Simon sniped at a giggling Amanda before adding: “That was childish, that was really childish!”

Moving on, another viewer questioned the friendship between Simon and David Walliams noting that something has changed between the two recently.

“David, why don’t you call Simon ‘my Simon’ anymore, has something extremely gone wrong in your relationship?” the caller asked.

The comedian joked that he doesn’t spend as much time with Simon anymore before the media mogul showed his softer side and suggested he start calling David ‘my David’.”

Opening up, David sweetly recalled his “good friend Dale Winton used to call me ‘my David’” and admitted to the judges that he missed Dale greatly. 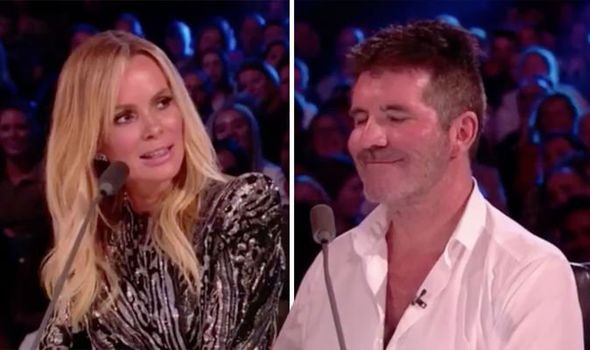 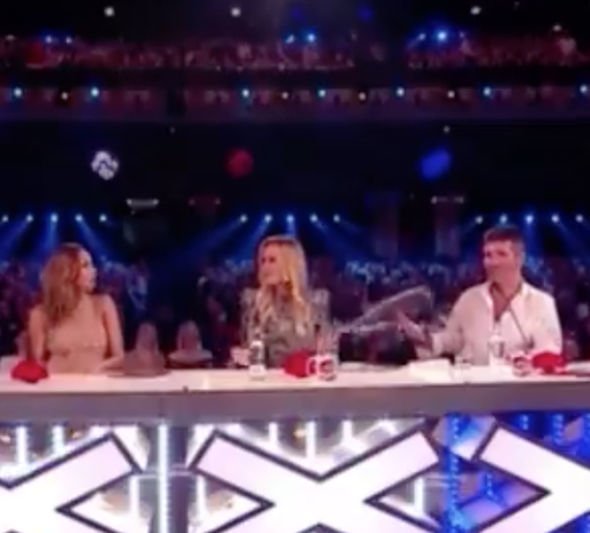 Earlier in the evening, Ant McPartlin blasted Simon after the media mogul took a swipe at his and Declan Donnelly’s appearance.

Once Ant and Dec had welcomed the four judges onto the show, Simon decided to take the opportunity to take a dig at the pair.

Cheekily, Simon swiped: “You two have got a real sun tan,” before adding: “You’re getting darker and darker as the week goes on.”

But Ant wasn’t going to let the jibe slide and hit back: It’s high blood pressure brought on by you Simon!”

In other Britain’s Got Talent news, Colin Thackery could face a crushing blow on Sunday. 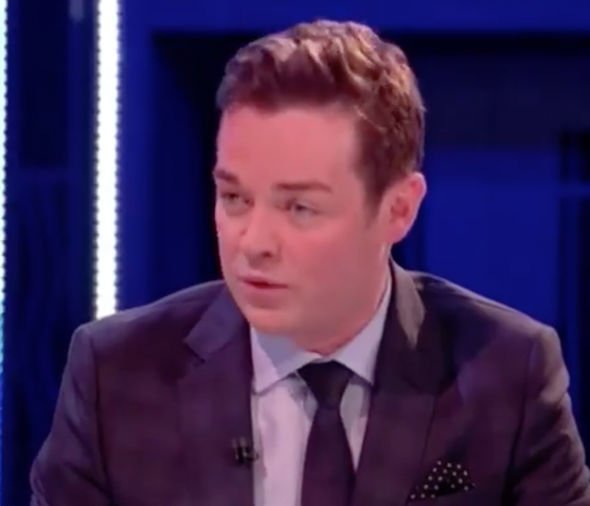 The singer has been tipped as the hot favourite to win the competition with odds of 10/11.

However dare-devil Jonathan Goodwin who dodged several crossbow shots in tonight’s semi final had odds of 4/1 before tonight’s show.

Could Colin be beaten on Sunday by a dark horse in the competition?

Bookmaker Coral certainly doesn’t think so and believes Colin will be the one to take the top spot.

A spokesperson for Coral, Harry Aitkenhead said: “It’s one way traffic in the betting now and Colin is firmly our favourite to win Britain’s Got Talent 2019.

Britain’s Got Talent continues Sunday at 7.30pm on ITV.