They all hate each other, Leila (the magnificent Taraneh Alidoosti) tells her brother Alireza (Navid Mohammad Zadeh) when he returns to the family home. It is a rare visit; he works in an industrial plant somewhere on the other side of Iran. He isn’t going to tell his family that he has been laid off with the promise of pay that has never materialized; in the Tehran family that crowds Saeed Roustaee’s long and absorbing clan drama Leila’s Brothers, he is supposed to be the properly functioning son.

What can you say about the other three brothers in this Cannes competition film? There is Manouchehr (Payman Maadi) who, as they all like to say, thinks with his pectorals. Parvis (Farhad Aslani) is very fat and a heavy drinker; they all expect him to die any day, although he does seem to keep fathering children successfully. Farhad (Mohammad Ali Mohammadi) is a shyster who could barely lie straight in bed, which may have something to do with why his wife is divorcing him, taking half their flat with her and effectively leaving him homeless.

All out of work, these men have the faint reek of habitual spongers. It is 40-year-old Leila who holds down a dreadful job in the employment office, cooks and cleans for their parents and tries to plan a future for her middle-aged siblings, all the while looking down the barrel of dreary spinsterhood. Her wage supports them all. It is Leila who hates everyone but, of course, she loves them too.

Leila has every reason to hate her octogenarian father Heshmat, who deliberately ruined her chances with the man she wanted to marry by telling him she had some wasting disease. The monstrous paterfamilias is a stock figure of family drama, but Saeed Poursamimi conveys a confusion of wiliness, duplicity, selfishness and stupidity — all of which are clearly magnified by the beginnings of dementia — with the grand awfulness of a Persian King Lear.

Not that Leila’s mother (Nayereh Farahani) is any more endearing, calling down curses on her manipulative daughter while expecting her to manage their lives. The brothers are constantly staying over: boys who have never really left the parental nest. It is not a large nest. The family is regularly squashed together on adjoining mattresses as if permanently taking refuge in a bomb shelter.

Over nearly three hours, the small dramas of these very ordinary people play out in a beautifully modulated series of mistakes and missteps, always stopping short of a final crisis or dramatic climax promising resolution. That would sound a false note; there are no false notes. Roustaee’s plotting is like a rope of liana, the family’s tribulations so closely plaited together they can never be unravelled to find a beginning or end.

Dreaming is a family trait. Heshmat is fixated on using a stash of gold coins to secure a place as the patriarch of his extended family clan: a crowd of uncles and cousins who have always despised him. The scenes of family celebration where he tries to hold his own, even convincing himself with the sentimentality of dotage that he is, in fact, revered and respected, are absolutely toe-curling. Meanwhile, his aging children can’t catch a break.

Like anyone who has never had any money, the homebound brothers all imagine making a fortune overnight. Any scheme will do. Early in the film, two of the brothers veer dangerously close to involvement in a scam operation selling cars that are never delivered. Then Leila persuades them to pool their resources — and their father’s gold coins — to buy a shop. This shop is going to be their salvation. Yes, it’s true that none of them knows anything about running a business. It is also true that the property is currently part of a public toilet, with only a conversion proposal to recommend it. Galloping inflation, the result of U.S. sanctions, means that nobody has any money to buy anything anyway. You watch with a sinking heart as Leila talks up her own prosperity doctrine.

We leave them still struggling, boats against the tide, fighting and reconciling and sharing the sort of intimate jokes that echo down their decades of common failure. They aren’t kind to each other. “Why should I still be supporting you in your 40s?” shouts their father during one squabble. It’s a fair point. “Why don’t you both just die?” Leila snarls at her parents, which also seems a fair point at that moment; we come to feel her frustration as keenly as she does. Yet there is so much love in that shabby little Tehran flat. What an unexpectedly rich experience this film is.

Depp Returns To Stand In Effort To Rebut Heard’s Claims: How To Watch 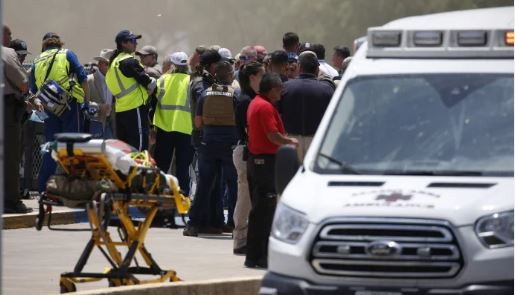