Home » Carol Kirkwood in savage putdown of Dan Walker over Line of Duty spoilers ‘How dare you!’

Carol Kirkwood in savage putdown of Dan Walker over Line of Duty spoilers ‘How dare you!’

On BBC Breakfast today, Dan Walker and Louise Minchin had plenty of headlines to get through but none least the fallout from last night’s explosive Line of Duty episode. However, Louise and weather reporter Carol Kirkwood both admitted they’d missed the nail-biting instalment and as such were keen to avoid spoilers throughout the breakfast show. So when Dan asked Carol if she’d managed to stop listening to the discussion about the drama earlier in the programme, Carol hilariously shut down Dan by admitting it was “usual” for her not to listen to him.

“Let’s go have a word with Carol who is enjoying the weather on the roof of New Broadcasting House,” Dan said as he cut to his co-star.

“Absolutely right, Dan,” Carol replied before savagely putting him down: “As usual, actually.”

The trio burst into laughter at Carol’s jibe before Dan hit back: “How dare you?!” 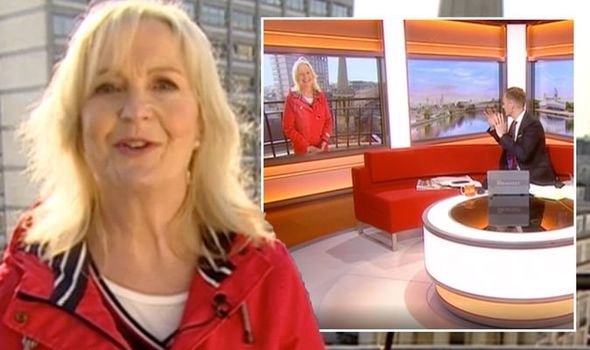 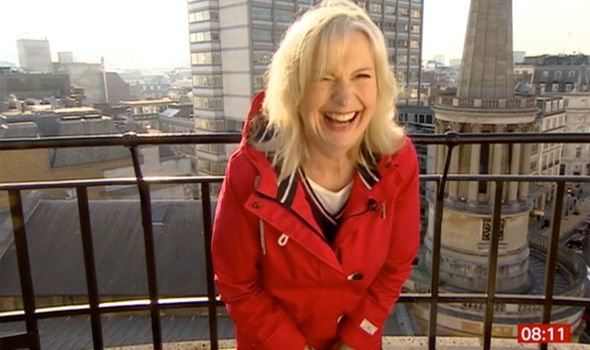 And he wasn’t done there as Dan went on to jokingly cut Carol off.

“And that’s enough of the weather, Carol” Dan sarcastically said. “Thanks for that, and see you tomorrow.”

The laughter continued between the BBC Breakfast presenting team as Carol replied: “Oh, you cheeky thing.”

Carol took the putdown in her stride as she delivered the day’s forecast but Dan had a final one up his sleeve. 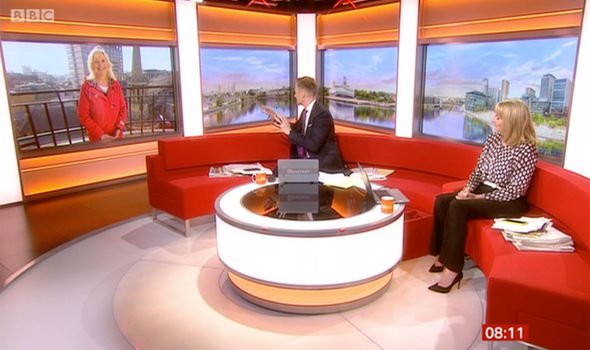 “Wasn’t listening to a word of that, Carol,” Dan quipped moments after Carol delivered the latest.

“Thanks for that, sure it was brilliant.”

The swipes were all made in jest but Carol took to social media as well to reemphasise her excitement at watching the next episode of the crime drama.

And it didn’t take long for her excited followers to weigh in on the episode and her quips with Dan.

“Carol you will enjoy last night’s episode of line of duty [smile emoji] it keeps you on your toes!!!” one fan replied.

A second weighed in: “I can guarantee you will scream at the tv screen NNNNOOOOOOOOOOOOO!!!”

“Mother of god Carol you’re in for a treat,” a third added, with a fourth commenting: “I did not sleep well last night!! Mother of God……”

The latest episode of Line of Duty was certainly one to remember as Kate Fleming (played by Vicky McClure) finally discovered the truth about colleagues Ryan Pilkington (Gregory Piper) and Jo Davidson (Kelly Macdonald).

AC-12’s suspicions that the two were corrupt were finally confirmed when they attempted to ambush Kate.

However, in a nailbiting cliffhanger, BBC viewers are none the wiser as to whether Ryan and Jo managed to take Kate out of the picture.

BBC Breakfast continues daily at 6am on BBC One.