When Casualty returned to screens earlier this year, BBC One viewers tuned in to see Leon North (played by Bobby Lockwood) join the emergency team. The paramedic, who has been described as handsome, charming and lovable, but also a character who “could possibly get on [fans] nerves”, hit the ground running with the demanding and emotional work required from his role. But it seems he will find some fun in Grace Beauchamp-Strachan (Emily Carey) much to the surprise of her mother, and his in-direct senior, Connie Beauchamp (Amanda Mealing).

Fans of the medical drama saw Grace return from New Year, which is where she was living with her father, Sam Strachan.

But the move home has proved difficult for the teenager, with Grace suffering flashbacks to the accident which nearly killed her back in 2016.

Tonight, Connie offers to take Grace shopping after her friends cancel their plans for a night out together.

However, an emergency at the hospital interrupts their plans and Connie is forced to leave Grace in the Peace Garden while she battles to save Ethan Hardy (George Rainsford) and Fenisha Khatri’s (Olivia D’Lima) newborn baby, Bodhi. 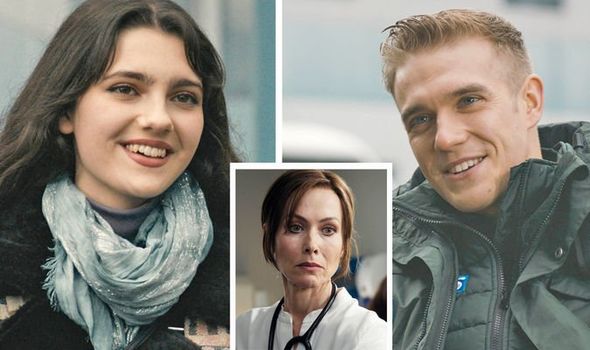 The two end up talking about how Grace is struggling to adapt and she shares her feelings about her parents’ decision to set out such a strict education path for her future.

Their conversation is interrupted when Leon turns up and Robyn makes her excuses and leaves them to it.

He confides in Grace about the difficulties he is facing trying to fit into his role and the new team, meanwhile, Grace tells Leon she is a second year medical student on a break from her studies. 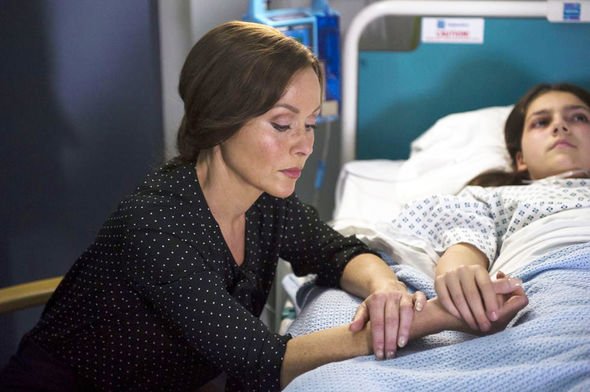 Realising they have a lot in common – and a little chemistry – Leon suggests they meet up for a drink later that day.

But Leon has no idea how old Grace really is, or that she is Connie’s daughter.

While the two are getting to know one another, Connie is held up even longer in the emergency unit and when she does arrive home, she is stunned t see Grace and Leon both half undressed in her daughter’s bedroom.

Connie immediately raises Grace’s age and Leon is taken aback by the truth. 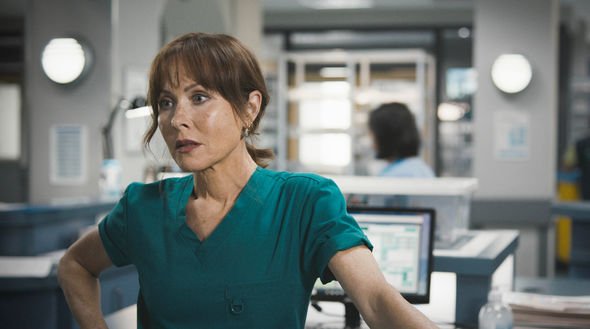 Will Connie pull Grace to one side and have heart-to-heart with the aim of understanding her behaviour?

As for Grace’s chance of a romance outside the bedroom with Leon, Casualty fans will have to wait and see what’s in store over the next couple of months.

She said: “I am thrilled that Bobby Lockwood is joining our cast as the irrepressible paramedic Leon North. 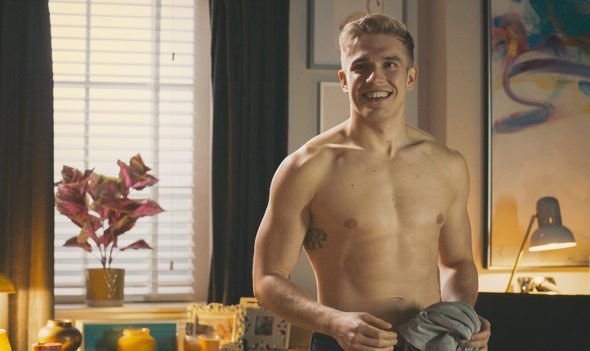 “Bobby is adorable and has the most extraordinary comic timing.  The Casualty building has been abuzz since Bobby joined us and I am confident that the audience will take Leon to their hearts.”

“While Leon often finds himself inadvertently creating comic situations, we also see his character grow through his demanding and emotional work as a paramedic.”

Leon is a natural with the public, he feels things very deeply and everyone who encounters him seems to be charmed by him…. Except for Connie Beauchamp but that’s another story.”

Casualty airs tonight at 8.20pm on BBC One.