Cherry Valentine was the star of the show during week two of RuPaul’s Drag Race UK. Rather than her performance in Rats the Rusical or her runway looks, it was her personality which made her a standout contestant.

Cherry Valentine’s backstory will go down as one of the most moving and inspiring stories to date on RuPaul’s Drag Race UK.

Cherry opened up to Sister Sister about her traveller upbringing and her experience of “toxic masculinity” within the community.

Speaking to Express.co.uk and other press, Cherry said: “I feel really proud that that was something that they [the BBC] had put in and they wanted to bring more awareness too because toxic masculinity, there is literally no time for it. 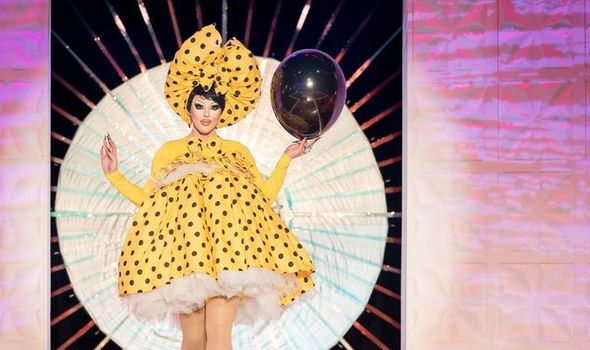 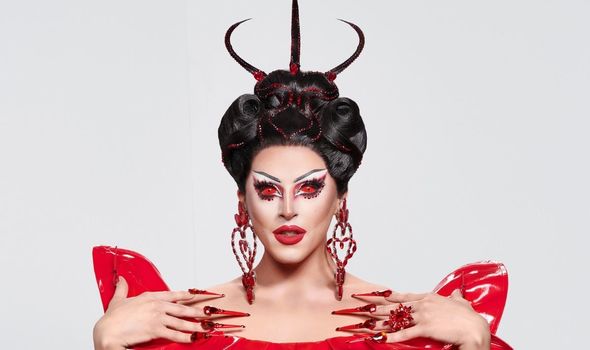 “It’s 2021 and I just feel really proud that I was able to have that conversation with Sister. I mean, I’m not the type of person who would usually open up about stuff like that.

“I normally talk to other people and listen to their life stories, it’s literally part of my job but it felt really right and watching it back I was just really proud.”

Cherry also revealed she had only spoken to her mum about taking part in Drag Race UK.

The Queen shared: “She hasn’t seen it yet. I don’t know if she’s going to watch it or what she really thinks about it but she just said, ‘As long as your happy, I’m happy’ and that makes me happy.

“But in terms of the wider community, I have no idea. I will find out when everyone else finds out.” 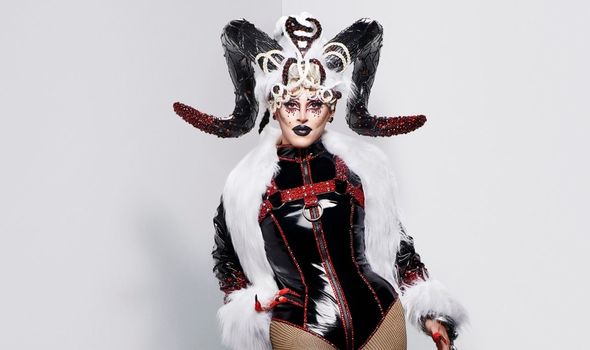 Cherry Valentine had one of the most memorable looks on week two of Drag Race UK.

Strutting down the runway, Cherry wowed viewers at home with her polka dot gown which she subtly tore apart to reveal a baby bump nestled under a tight yellow dress.

The twist? The baby was gender-neutral, revealed by the popping of a rainbow confetti balloon.

Sadly, the look did not win over the judges, particularly RuPaul Charles, Michelle Visage and Alan Carr.

Alan said: “I knew what the surprise was going to be, but hey you looked cute in yellow and black.”

Deliberating with the judges afterwards, Alan described Cherry’s look as “all a bit meh.”

Cherry told Express.co.uk and other press: “With the outfit that I wore on the show, I was really happy with it. 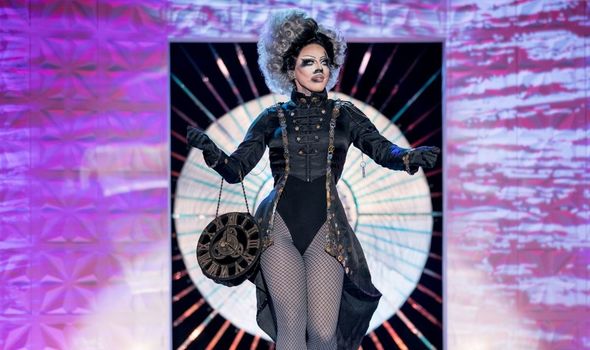 “I never even got to practice with it. I’ve never worn yellow before in my life but the message, I stick by a thousand, million percent and I really appreciated Sheridan [Smith] liked it.

“The other judges, I don’t feel like they liked it as much but I was really struggling to see how they were picking it apart because it was just about the concept, it wasn’t about the look and stuff.

“I know that’s important but for me, it was just about that message which I think is really important especially on the BBC.”

Despite a strong start in the competition, Cherry found herself in the lip-sync against Tayce.

The Queens had to lip sync for their lives, performing Memory from the hit West End musical Cats.

The song choice received mixed reviews from fans, with some moved by the performance.

Cherry reflected: “To be honest with you, I was very shocked that it was one of the lip-sync songs because you expect to always see us flipping and twirling and dancing and splitting.

“I would love nothing more than to be on the Drag Race stage and show a backflip and splits and everything. It took me off guard and it was something I’d never really prepared myself for because I never perform slow songs ever but it was there and we work with what we’ve got.

“I think it was a really emotional lip sync and it was nice to see that side.”

She revealed her ideal lip sync song would have been anything by Lady Gaga or Beyoncé.

Reflecting on her Drag Race highlight, Cherry said: “I think it’s different watching the show and being a part of the show.

“I have to say one of the main highlights was obviously meeting RuPaul, meeting Michelle, Graham [Norton] and Alan it was just really surreal.

Discussing who she thought could take the Drag Race UK winning title, Cherry said: “I’d be happy for anyone to win at the end of the day we are all fabulous and this is such a strong cast. I don’t think you can really call it because everyone is a deserving winner.”

Cherry joins Joe Black as one of this series’ eliminated Queens.

Looking back on one of the most-talked-about moments of the series so far – given it’s only week two – Cherry Valentine said Joe Black’s elimination came as a huge shock.

She said: “It was all a shock for us as well because when Joe Black walked in the room, that was the Queen most people had heard of because Joe is international, worked all over the place for I think 13 years so when RuPaul said, ‘Joe Black sashay away’, I remember being stood next to A’WHora and A’Whora looked at me and I was like, ‘Girl this is it.’

“From that moment, it really set the competition up to be like, ‘No one is safe.’”

Although Cherry Valentine may be gone, thankfully, this will not be the last Drag Race fans will see of the Northern Queen.

Each week, she will be sharing her looks for the series viewers did not get to see.

She teased: “I’ll definitely be showing them. I’ve literally made them all, they’ve all been photographed and ready to go. I’m just waiting for the right time.”

As for where and what Cherry is doing next, she teased she has lots of plans that are obviously covid-dependent.

Thankfully, Cherry hasn’t turned their back on Drag Race for good.

When asked if she would return to the show or compete in new series, Cherry said: “To be honest with you, people have asked me that and I’ve never really thought about it because I went in to win this season but honestly, I would consider it, because it is a lot of hard work.”

But in the meantime, the mental health nurse by day will be starting in her new job at a Covid vaccination centre.

She added: “I want to get back to some form of normality. Take drag to places it’s never been before. I want to go to schools, universities, do talks and I want to do more TV, work with brands and do exciting stuff.

“Travel the world and just really meet people and get to hear people’s stories from all over the world because it is one of the main reasons I joined Drag Race to share my story and also open that door to be able to meet people.”