Chris, 59, is best known to BBC viewers for being the leading presenter of the Watch series on the broadcaster’s secondary channel. However, they will see him take on all-new terrain over the next few weeks as he and paleoanthropologist Ella Al-Shamahi, 37, explore the Waterholes of Africa in a new three-part series. Although the episodes will provide stunning imagery of the continent and the wildlife which lives there, unfortunately, not everything went quite to plan when filming the docuseries.

The nature lover explained: “African seasons are extreme, and that meant either very hot and dry, or soaking wet.

“And each of these brought a whole load of hilarious challenges whilst filming. During the dry season, there was dust everywhere which is not good for camera equipment.

“Then as soon as it was wet, the mud made it very hard to navigate vehicles on any of the tracks,” he continued.

This lead to some unexpected scenes as the presenter added: “It required specialist driving skills that were not present in all of the team!

“We were caught out, myself included, on a number of occasions,” he explained but the ever-changing weather patterns were not going to prevent the team from making the show. 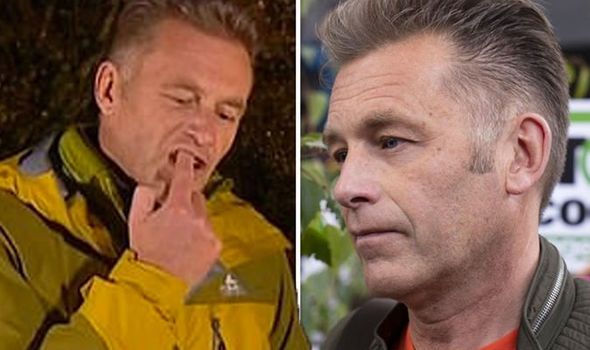 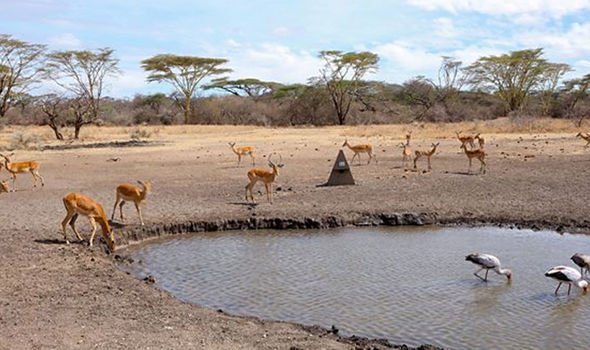 BBC Studios’ Natural History Unit has worked with Mwiba Wildlife Reserve in Tanzania to provide viewers with an insight into how waterholes help to support so much life.

In order to film such a unique perspective on the African ecosystem, the world’s first-ever oasis with a built-in specialist camera rig was made.

The three-episode series will show how the dynamics of the liquid land mass change with the seasons and how the various different species of animals react.

What is hoped is viewers will understand the importance of the role water plays in supporting the wildlife and the drastic impact climate change is having on the eco-system. 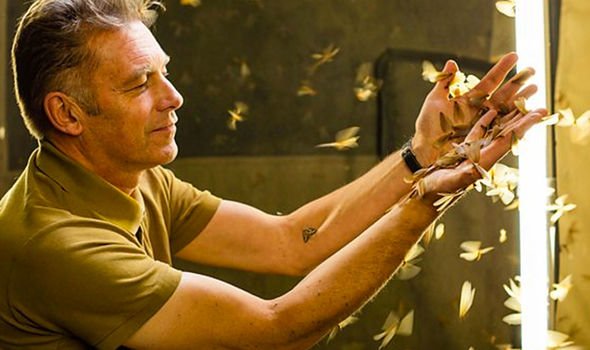 We were caught out

Speaking about what surprised him the most from analysing the waterholes, Chris said: “For me, it was the way the wildlife reacted with the waterhole, which was not as we predicted.

“I found it surprising that the dominant predator turned out to be hyenas, which most people think are only scavengers.

“In fact, a clan of hyenas are a formidable adversary for other predators like lions and leopards,” he continued, with Ella also offering her take on proceedings.

The biologist said she was surprised “that the experiment worked! The animals turned up and in great numbers.”

“I shouldn’t have been surprised; the science predicted that they would all come – we were offering them a well-placed, freshwater source,” she continued.

“We had a lot riding on this experiment, and so I was definitely nervous, plus you can also never be sure an experiment will work until you try it.

“This has never been done before, and the most incredible thing was seeing how vastly the interactions of the animals with the site, and with each other, changed,” Ella added.

Of what he wanted viewers to take away from the series, Chris explained: “A deeper appreciation for Africa’s incredible diversity of wildlife, as well as the many objectives of this waterhole experiment and what it achieved.”

“For me, it was fascinating to see what showed up, when, and how they interacted with one another,” he continued.

“We obtained an intimate insight into iconic species’ lives, as well as an understanding of just how a single resource can create ripples of change across an entire landscape.”

Ella added: “That African wildlife is charismatic and worth fighting for and that we won’t win that fight unless we bring down global temperatures and work in conjunction with and empower local communities.

“We are running out of fresh water, our waterhole is a tiny plaster, but a bandage and operation are needed to solve this.”