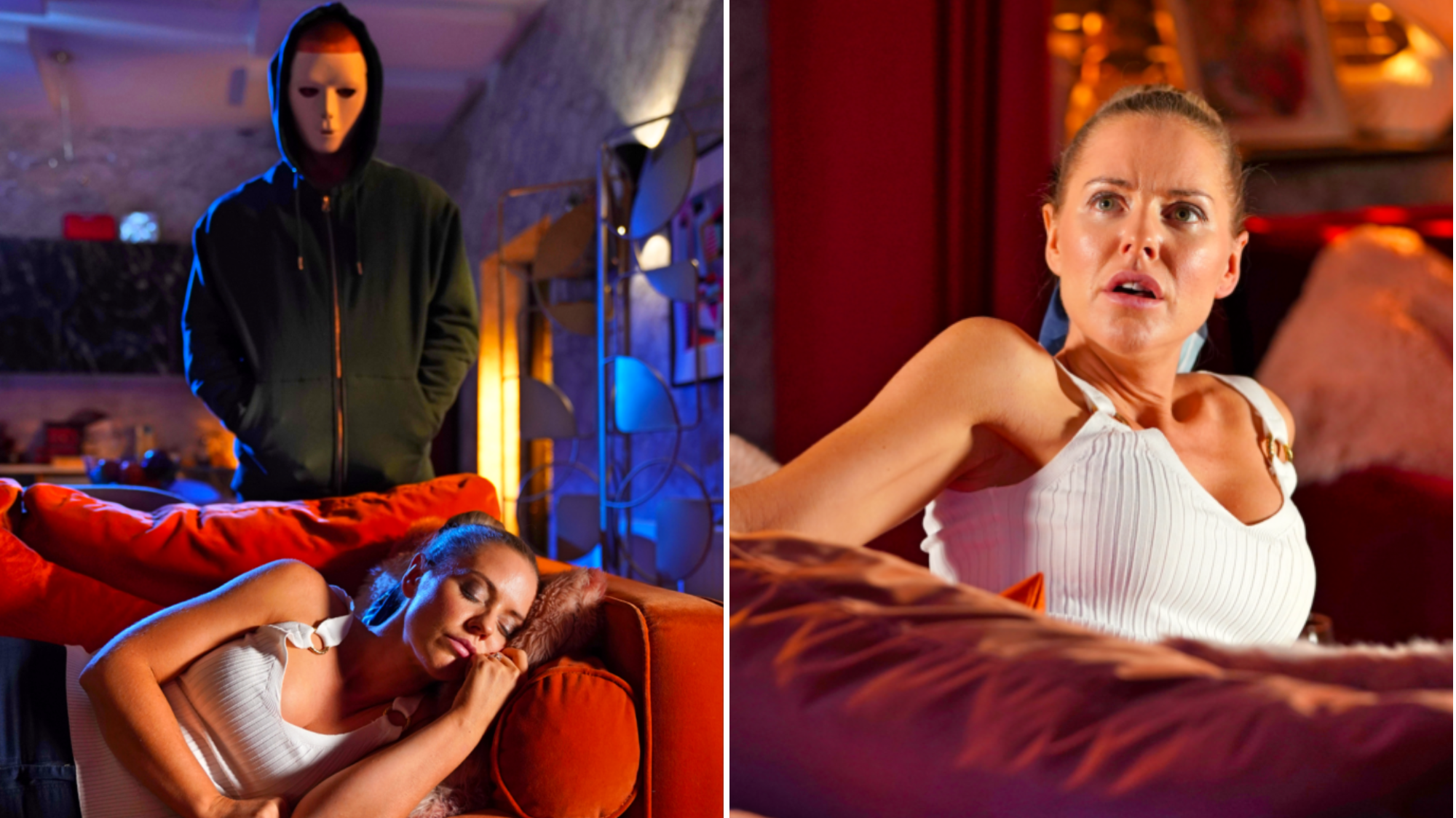 Cindy Cunningham (Stephanie Waring) is in danger in Hollyoaks next week, as a mystery intruder breaks in to her flat while she sleeps.

The entrepreneur and businesswoman, as viewers know, has been struggling with grief in the wake of fiancé Luke Morgan’s (Gary Lucy) death.

In a bid to navigate her way through a post-Luke world, she enjoyed a girls night out in recent scenes, and even undertook the task of trying to sell Leela Lomax’s (Kirsty Leigh Porter) house.

Determined to make new memories, this Friday’s (August 5) first-look edition of the Channel 4 soap will see her move in with Grace, but let’s just say that things get off to a rocky start.

While Grace continues to spiral out of control in her search for missing DeMarcus Westwood (Tomi Ade), who she believes murdered Saul, Cindy starts to feel lonely.

Things then take another turn, as she subsequently gets flirty with someone, much to Verity Hutchinson’s (Eva O’Hara) shock, and she later almost loses Luke’s ashes.

Grace, meanwhile, un-invites both Cindy and Verity to Saul’s funeral, much to their shock. Cindy, however, refuses to turn her back on her friend, and thus organises a fundraiser to memorialise Saul.

But Cindy is soon left terrified, as she receives a chilling phone call. Tony (Nick Pickard), however, reckons that her grief might be triggering her bipolar.

But it’s clear that there is more to this than meets the eye, as a horrifying visitor stalks her while she sleeps.

Pictures reveal the moment in question, as Cindy is left in fear of her life. The question is: just who is this masked intruder?

What’s more, what are they after?