‘Clara Sola’ Film Review: Is This a Quiet, Mystical Drama or a Costa Rican ‘Carrie?’

Cannes 2021: The Directors Fortnight entry from director Nathalie Álvarez Mesén manages to be a few different things without losing its focus 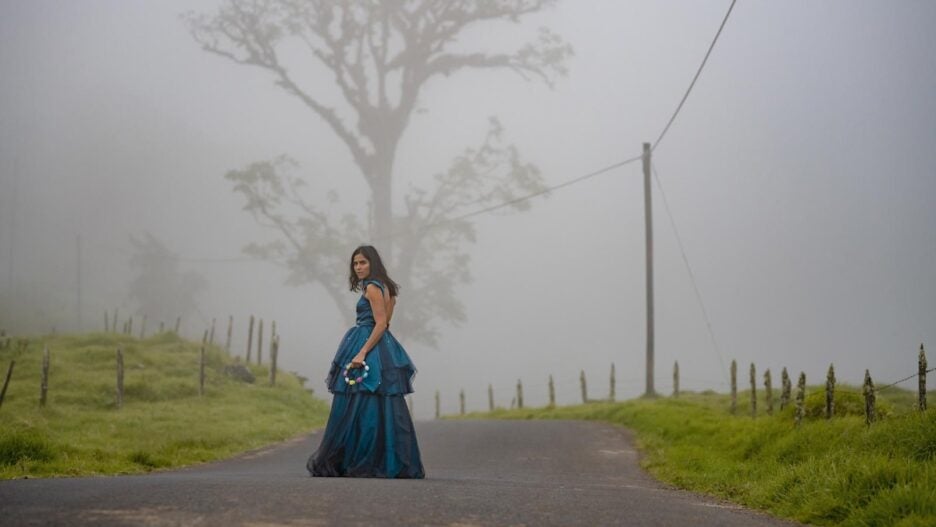 A quiet character study that somewhere along the line morphs into a Costa Rican version of “Carrie,” “Clara Sola” mixes religion, mysticism and sexuality in a way that feels simultaneously odd, disquieting and richly rewarding. It starts out beautifully restrained and ends up somewhere else entirely, but it’s all the more interesting for its split personality.

The first feature from Costa Rican-Swedish director Nathalie Álvarez Mesén, “Clara Sola” premiered at the Cannes Film Festival Thursday afternoon in the Directors Fortnight sidebar. The film’s star, Wendy Chinchilla, is also making her feature-film debut; she’s a Costa Rican dancer with no experience in film but a powerful presence that speaks volumes through stillness.

Chinchilla plays Clara, a 40-year-old woman with a spinal condition that keeps her in pain. She spends her life, it seems, communing with her horse, Yuca, and bowing to the demands of her mother, who tells the townspeople that Clara is a healer who has seen the Virgin Mary and has cured cancer. She trots Clara out for healing rituals in their small home, but otherwise keeps her daughter under her thumb, going so far as to refuse a local doctor’s advice that Clara get an operation to fix her spine.

Clara, for her part, submits to the restrictions that have been placed on her; she’s too meek to challenge her mother, or too beaten down to resist anymore. She has no agency in her own life, a fact that is presented simply, with relentless understatement.

When Clara rebels, she almost seems to do it unconsciously, with small signals that she may be experiencing a very belated sexual awakening. She absently touches herself as she watches TV, until her mother freaks out, grabs Clara and rubs her fingers in hot chiles; Clara complies, passive and still.

At first, the movie connects with that stillness; it sits back and quietly observes, with little or no music for long stretches. When the music does come in, it’s usually spare: plucked strings and little else. The look and feel of the film is grounded in earth and mud and bugs and rain, but there’s also a gentle mysticism at work that’s familiar to lovers of South and Central American cinema.

Clara’s mother demands that her daughter never change, that she live in plainness and in pain and care only about healing others, or at least convincing others that she can heal them. But slowly, we see Clara’s rebellion begin to manifest: At first she simply declares that she wants a blue dress, a prospect that shocks her mother – but it’s clear that what she really wants is to be touched, to embrace the physical in a way she’s never before done.

As Clara’s passion begins to awaken, so does “Clara Sola.”  When she sees her young niece having sex with her boyfriend, she masturbates in the woods and is immediately surrounded by fireflies. At a certain point, it does seem that she has powers – but do those powers come from the religious shrine in the living room, or from emergingn sexuality?

You won’t necessarily find the answer in Álvarez Mesén’s film, but you will find a movie that itself becomes more aggressive along with its heroine. And when things comes to a head at her niece’s 15th birthday party, it’s hard not to think of the climactic prom scene in Brian DePalma’s “Carrie” – not in the sense of buckets of blood or anything like that, but in the way both films suggest that repressing female desires via religion or anything else can end very, very badly.

That sequence, and the enormously evocative but ambiguous one that follows to end the movie, are nothing like what you might expect during the opening stretches of “Clara Sola.” Álvarez Mesén may be a first-time feature director, but she has enough control to take an austere, unsettling drama with a touch of magical realism and turn it into a wild ride, all without losing its complicated heart.