“The Late Show” weighed in with some gems 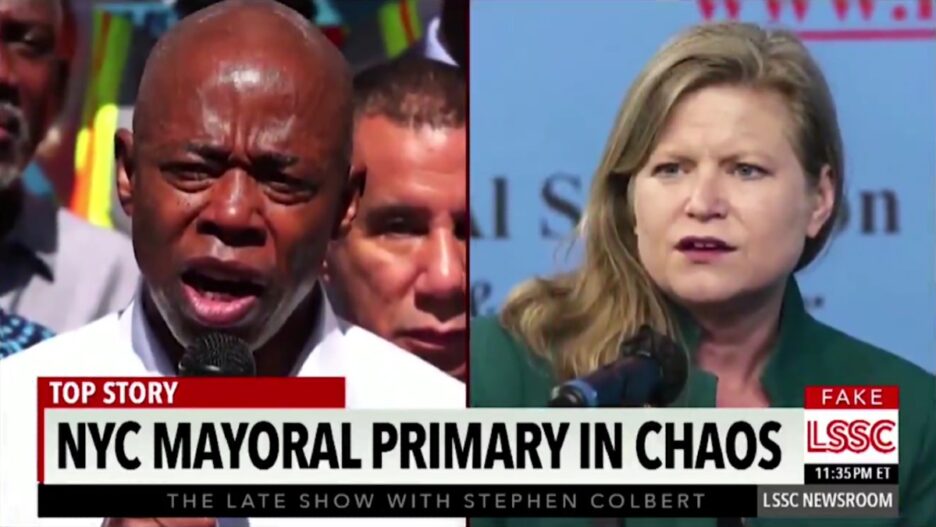 “The Late Show with Stephen Colbert” addressed the elephant in far too many an American living room with a humorous take Wednesday night on the foibles of the New York City mayoral election.

The unfamiliar if not friendly face of a news-reading anchor sounds the resoundingly official word of what went wrong in the Big Apple when election tabulations from the primary of its mayoral race somehow disappeared.

“The city’s Board of Elections removed those results, from its website,” the anchor reads, steeling for the encore. “According to the BOE, 135,00 votes that were put into its system for testing purposes, only had never been cleared.”

Then like the board – or mocking it, who are we kidding – “The Late Show” owns up to what presumably could be a few of its own perfectly acceptable computer mistakes, starting with everyone’s favorite.

You got it – baby names! 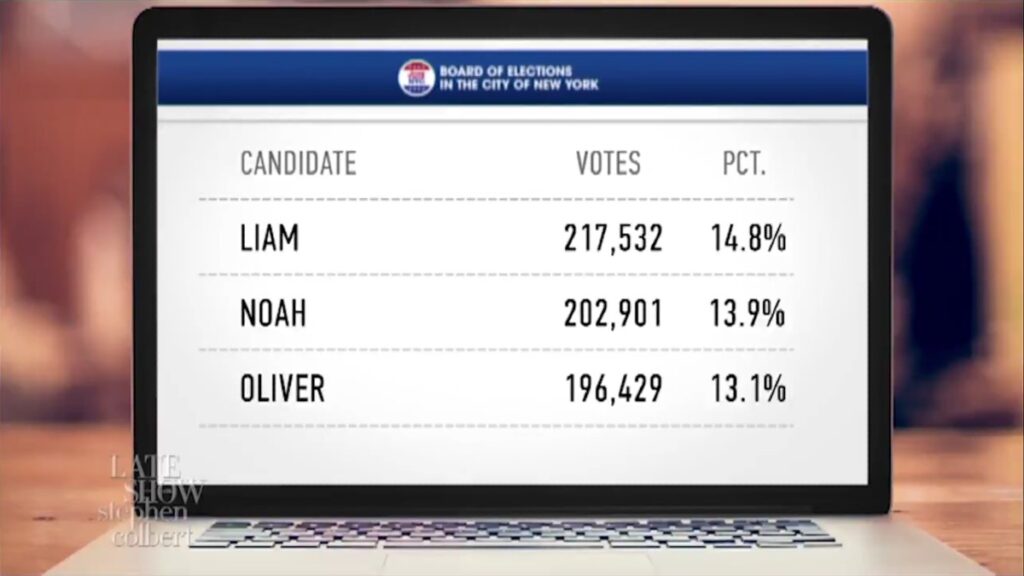 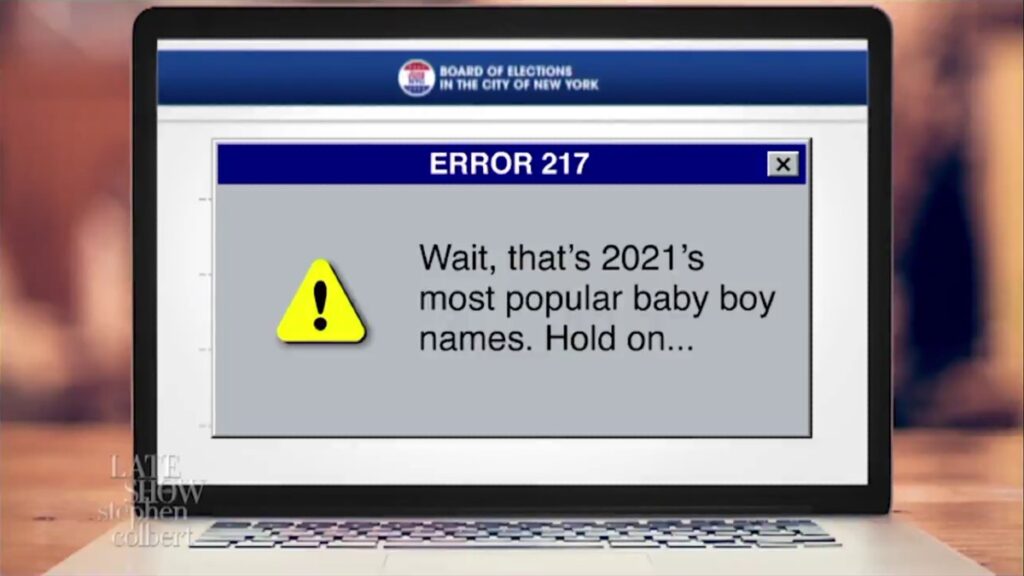 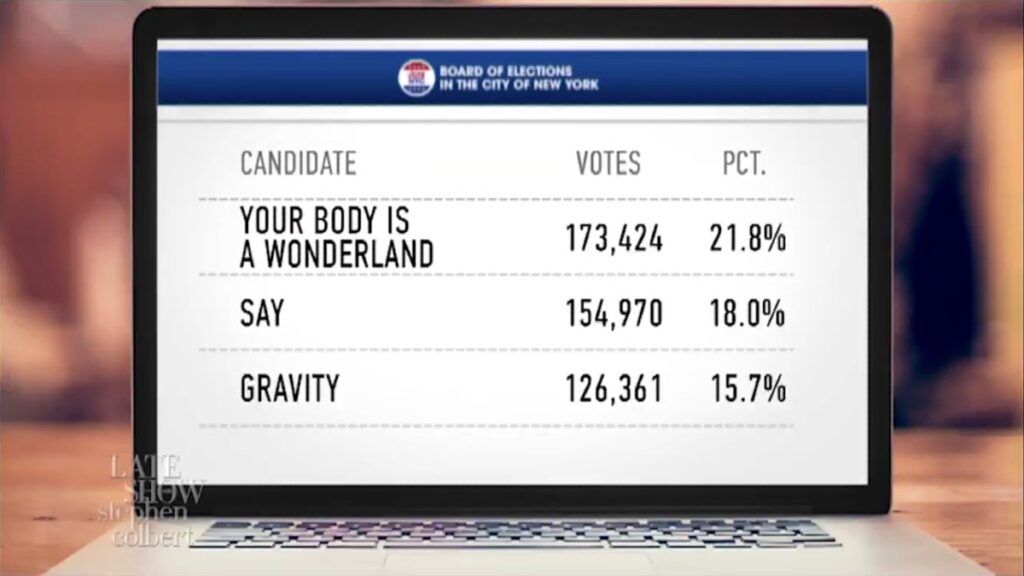 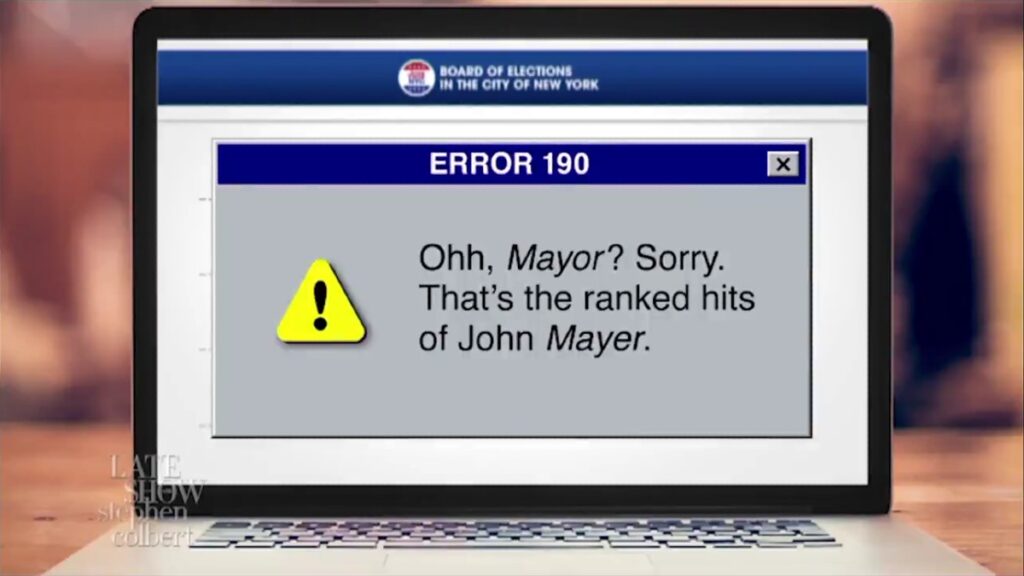 And staying with pop culture, Colbert’s crew includes one of the most notable tabulation embarrassments of recent memory. Or what happened there, exactly? 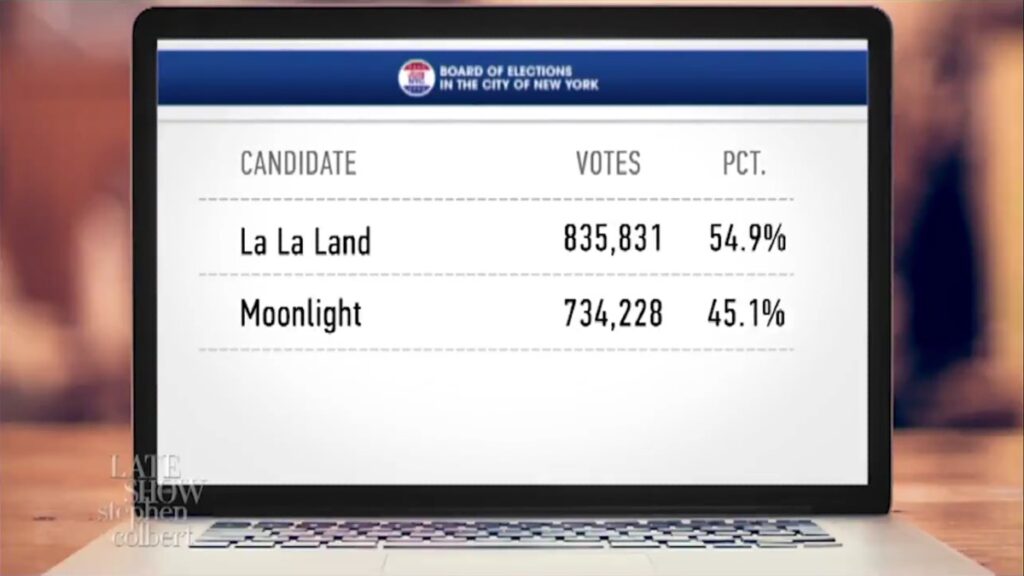 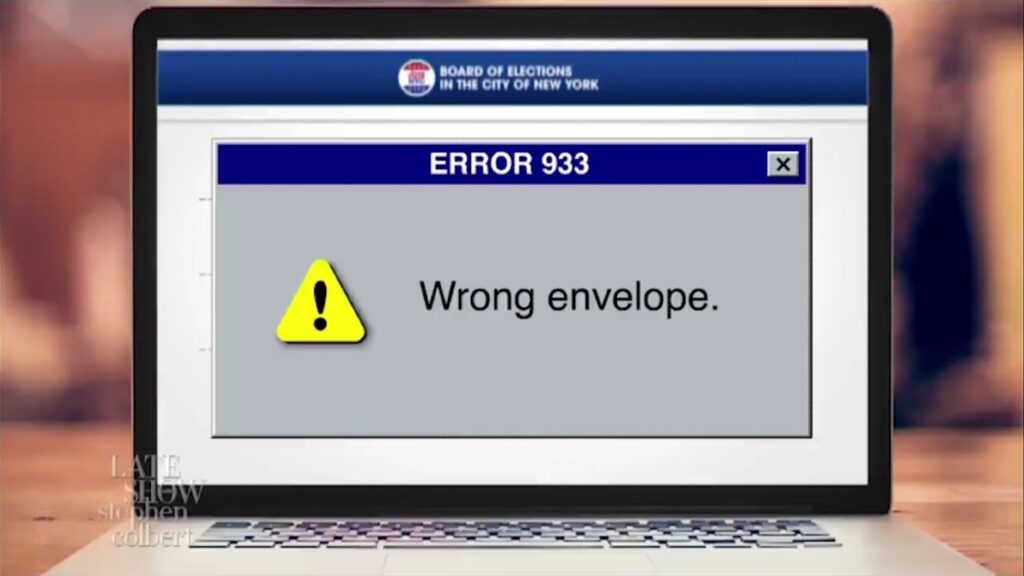 And who could forget our own personal Slack-snafu, pet-related favorite. 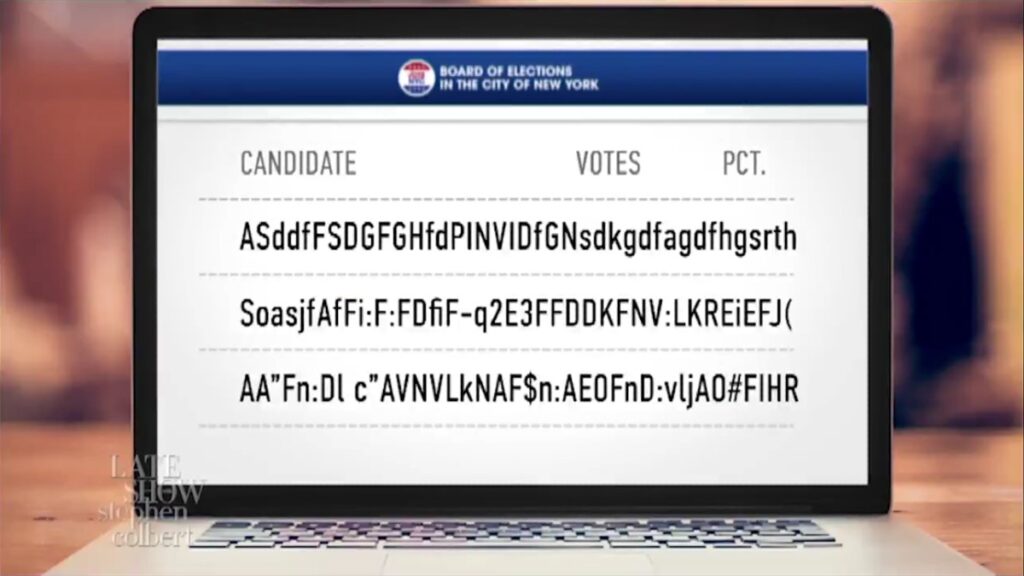 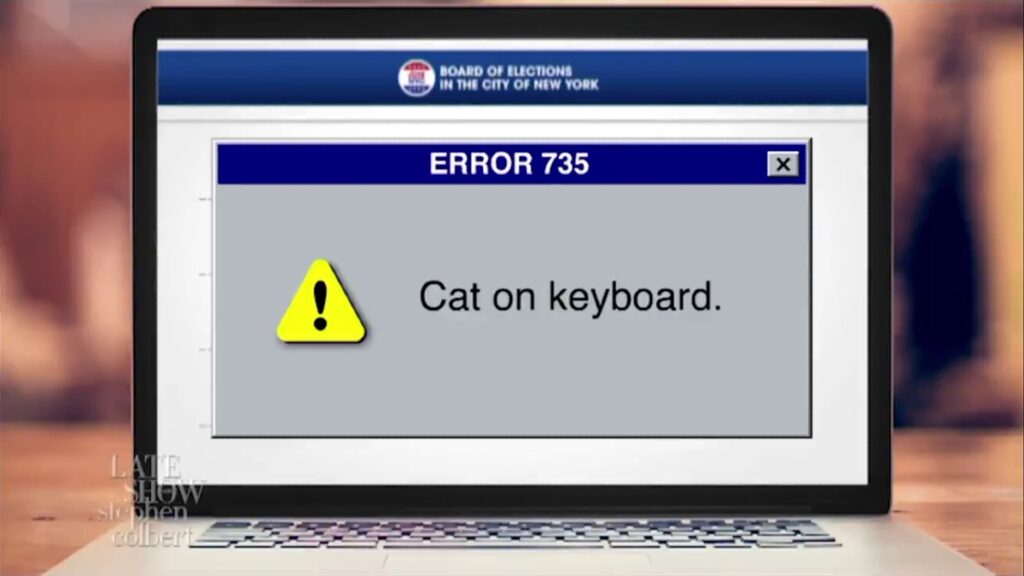 We’ll leave the coup de grâce up to your imagination, or watch it in the video here or at bottom. Let’s just say it plays on many of our worst laptopping fears.