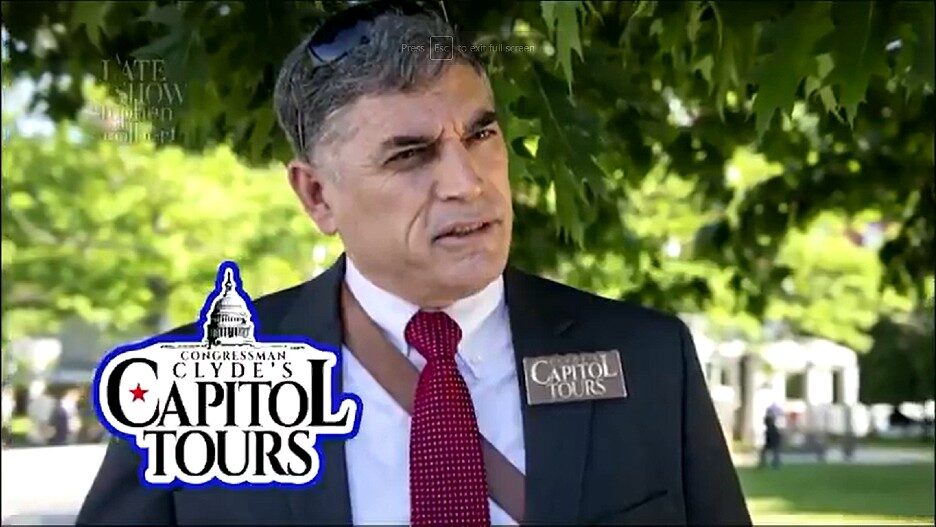 On Thursday’s “The Late Show,” Stephen Colbert poked fun at one of the most brazen lies in recent American history, via a fake advertisement for tours of Washington, D.C. conducted by the liar in question.

So for context, you all no doubt remember the Jan. 6 Capitol insurrection, when a violent mob incited by Donald Trump attempted to overthrow the government in order to forcibly install Trump for a second term in office. Several people died, thousands of dollars in damage was inflicted — and by the way, these cretins also urinated and defecated on the Capitol floors and in offices — and hundreds of people are facing serious federal charges for their (alleged) treasonous behavior as a result.

But according to Georgia Republican congressman Andrew Clyde, none of that happened. On Wednesday, he said this: “As one of the members who stayed in the Capitol, and on the House floor, who with other Republican colleagues helped barricade the door until almost 3 p.m. from the mob who tried to enter, I can tell you the House floor was never breached and it was not an insurrection. This is the truth,” 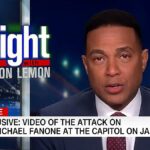 But Clyde’s lying got even worse. “Let me be clear, there was no insurrection and to call it an insurrection in my opinion, is a bold faced lie. Watching the TV footage of those who entered the Capitol, and walk through Statuary Hall showed people in an orderly fashion staying between the stanchions and ropes taking videos and pictures, you know. If you didn’t know that TV footage was a video from January the sixth, you would actually think it was a normal tourist visit.”

If you want to understand how shamefully, incredibly dishonest all that is, just go here. 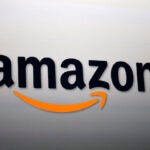 So at the start of “The Late Show,” Colbert ran a short video that began with footage of Clyde lying. Then, the fake commercial began.

“Are you looking for a family vacation steeped in American history? Then book a Congressman Clyde Capitol tour today,” the fake ad began.

“You and a mob of your friends can explore Capitol Hill. Scale the scenic barricades. Beat a real Capitol police officer in the face. Test your skill in the log toss. See our costumed characters. Enjoy our Rotunda floor toilets. And don’t forget to visit the gift shop,” the ad continues, as photographs of the violence committed by the rioters Clyde lied about appeared on screen.

“Plus, when you’re done with the Capitol, enjoy a complimentary stay in our 5-bar hotel,” this being a reference to all the people arrested of course.

Again, this is an astonishing lie. We’re not sure how anyone could possibly look themselves in the mirror after being so dishonest but we’re not Republican congressman Andrew Clyde who, apparently, is not remotely bothered by t