Coronation Street: Daisy tries to set Jenny up with Neil

Todd Grimshaw (played by Gareth Pierce) has achieved his goal of being reunited with Billy Mayhew (Daniel Brocklebank) and Summer Spellman (Harriet Bibby). The Archdeacon is oblivious to Todd’s manipulative behaviour and the extreme lengths he went to win him over. However, would the Coronation Street undertaker be prepared to kill when his dark secrets come back to haunt him?

Speaking to Express.co.uk and other press, Gareth explained why Todd will stop at nothing to keep his family.

He said: “I’ve got to get down to the why he’s doing some of these things and yes for me there’s a kind of the core of sadness to Todd really.

“He’s 35 and heading towards when he needs to grow up a bit and I think that that scares him.

“Also, in terms of me finding more a sympathetic read of some of what he’s doing, I think he was at his most settled and happiest in Todd’s previous incarnation when it was him, Billy and Summer.” 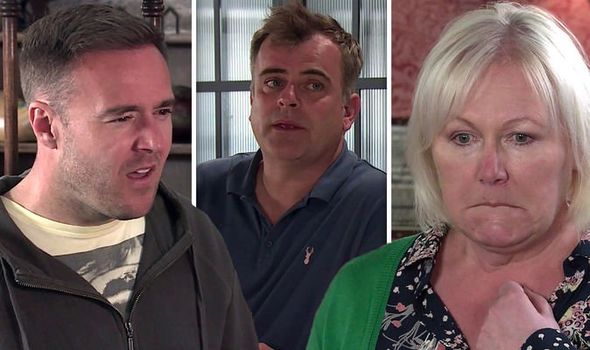 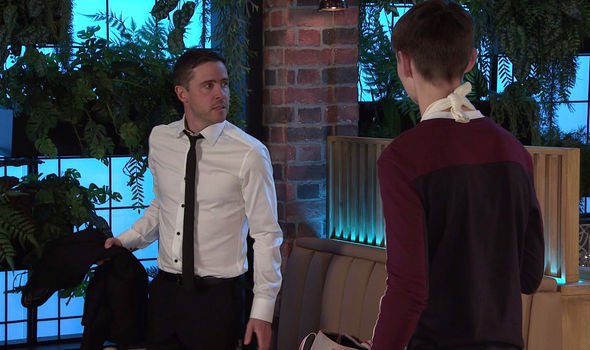 “And so that’s what he wants to get back to because he was able to let the mask slip and not have that front,” he continued.

“That’s what’s motivating him, he really wants to get back to that safe, happy place but he can’t see that what he’s doing to get there is going so dark.”

In upcoming scenes, Todd begins to receive threatening text messages from someone seemingly ready to expose him.

After everything he’s put him through, Todd immediately thinks Paul Foreman (Peter Ash) is the culprit. 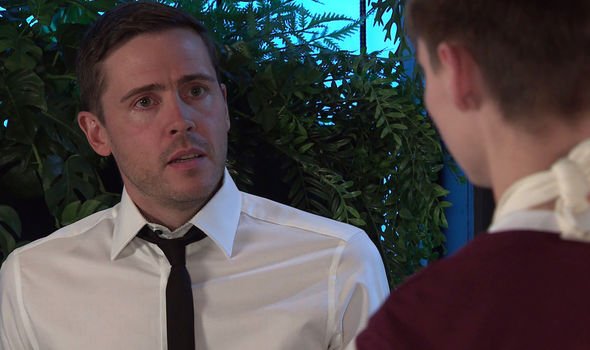 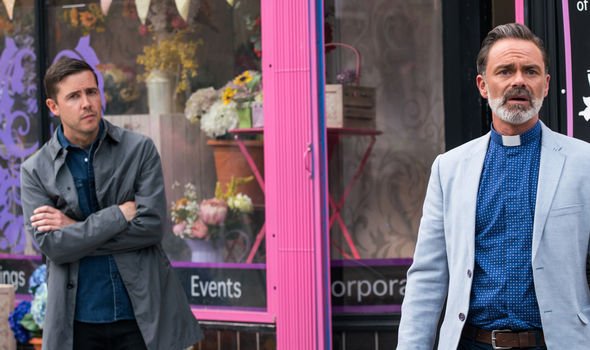 However, Will (Ben Hackett), who Todd hired to pose as a vulnerable young boy in need of Paul’s help, is behind the messages.

Gareth continued: “I think he definitely underestimated Paul but in the back of his head he knows that Will is probably the only person that can really sink him.

“He thinks he’s out of the way and it’s almost kind of honour amongst thieves.

“He brought him in to do this for him and he doesn’t really entertain the idea that that’s going to come back around to haunt him.”

DON’T MISS
Kaleb Cooper stuns Jeremy with air rifle injury ‘I’ve been shot’ [VIDEO]
Jeremy Vine criticised by caller for not wanting to wear a mask [INSIGHT]
Gardeners’ World sends fans into panic over shake up: ‘Where is it?’ [INSIGHT]

On finding out Will is behind the threats, he said: “That jolts him, definitely.

“That’s the only kind of loose part of the jigsaw that could come back round is.

“Will coming back into the picture is a definite threat and how Todd reacts to that, you see him at his worse in some of his interactions with Will.

“He needs Will to be scared and I think Todd is perhaps more able to scare or thinks he is able to scare a young lad than maybe someone that sees a bit more as is equal.”

“I think Will does bring out the worst but it’s because he’s absolutely petrified of what Will could do to him if he’s not scared,” he added.

If Will doesn’t listen to Todd’s warnings, will the undertaker do something he’ll live to regret?

Coronation Street fans were horrified with Todd’s actions as he continued to paint Paul in a non-favourable light.

Eventually, Billy split with Paul and decided to give his relationship with Todd another try.

But, if Will threatens his happiness with Billy and Summer, will Todd lash out and silence him for good?

Coronation Street airs on ITV on Mondays, Wednesdays and Fridays at 7.30pm.