Coronation Street viewers were left uncomfortable during the latest instalment of the ITV soap as Asha Alahan (played by Tanisha Gorey) was cruelly spoken to by Corey Brent (Maximus Evans). Asha was overjoyed with a present she’d received from Nina Lucas (Mollie Gallagher) but Corey’s horrible response could mean the teenager is heading for an abuse storyline similar to Yasmeen Nazir (Shelley King) and Geoff Metcalfe’s (Ian Bartholomew).

On Wednesday’s instalment, Yasmeen became alarmed as she overheard Corey talking to Asha.

Discussing her birthday presents, Asha said: “Dad got me a sign and Mary got me a Ben Shephard calendar.

“To be fair I did like this,” Asha added as she pointed to the choker Nina gave her.

“Yeah I was wondering what that is,” Corey said and Asha replied: “I think it’s pretty cool.”

“Yeah if you’ve got four legs and you like sniffing your mate’s crotch,” Corey commented. 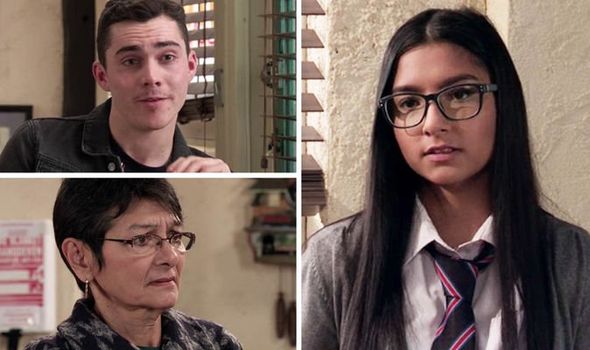 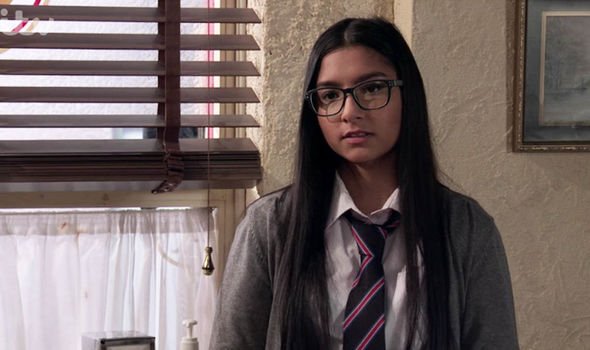 Corey began to crumble up Asha’s cake and throw it at her while cruelly referring to her as a dog.

“Here you are doggy, doggy, go on doggy. Take it off,” Corey ordered. Look I swear to you I’ve got something much better.

Realising Yasmeen was looking over at their table, Corey quipped: “Can we help you beaky?” 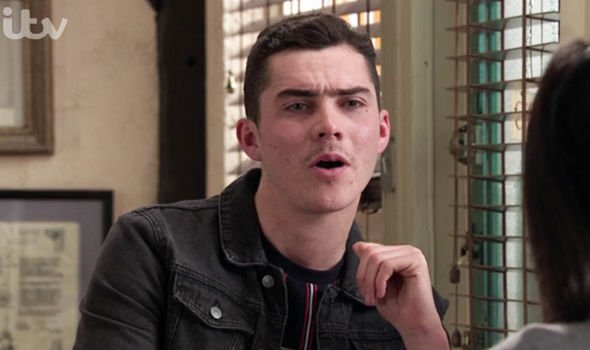 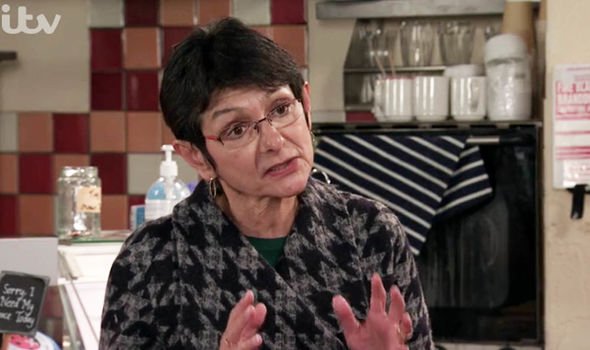 “Do you want me to [take it off] or?” Corey asked Asha before the schoolgirl removed the choker.

Once Corey had gone, Yasmeen warned: “I don’t know if this is my place to say but if I don’t say anything.

“He just doesn’t seem like he’s being very kind. Perhaps I’m getting the wrong end of the stick?”

In the second half of Wednesday’s double-bill, Asha plucked up the courage to split up with Corey.

However, Coronation Street fans will remember the teenager distanced herself from the troublesome teen once before and yet began dating him sometime after.

Will Corey find a way to get back into Asha’s life and torment her in the same way Geoff abused Yasmeen?

Or could the teenager stalk Asha and torment her to get revenge for breaking up with him?

ITV viewers certainly think the schoolgirl could become involved in a tragic abuse storyline with Corey.

One tweeted: “I don’t think this is the end of the Asha/Corey storyline. I think there’s going to be more to come and I have a bad feeling something tragic might happen #Corrie.”

“Oh no, just got rid of Geoff and we get Corey! Go on Asha, stand up to the bully #Corrie,” another shared.

“Yasmeen has the right to speak her mind. Asha, what Corey us doing to you is so wrong on many levels. #Corrie,” someone else remarked.

“I think we can all understand Yasmeen’s concern. Corey was horrible and Asha is in denial  #Corrie,” a fifth suggested.

While another fan said: “Listen to Yasmeen Aasha. She has been through it all with Geoff. She knows what she is going on about. Corey is dangerous you need to steer clear of him #Corrie.”