Recent scenes in the ITV soap have left viewers heartbroken as Seb Franklin (played by Harry Visinoni) was murdered after he and girlfriend Nina Lucas (Mollie Gallagher) were the victims of a brutal attack. Corey Brent (Maximus Evans) has continued to protest his innocence and has denied he had anything to do with Seb’s murder. His girlfriend Asha (Tanisha Gorey), who up until now had remained loyal to him, is even starting to wonder whether her boyfriend is capable of such a horrific crime.

In a recent interview with Cat Deeley on ITV chat show, Lorraine, the actor who plays evil Corey teased his exit on Coronation Street.

Speaking about what his character is like and how he is perceived, Maximus began: “He really is the worst.

“People in the street have been coming up to me and wagging their finger, especially at out in Manchester at the weekends.

“And I don’t mind to be honest as that’s the reaction we want. To see Corey as the guy in the wrong and the villain. People are beginning to understand the person he is.” 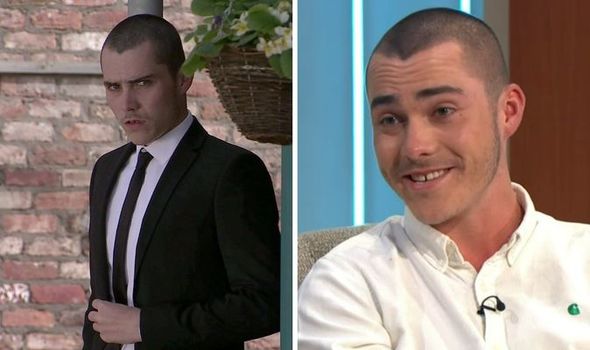 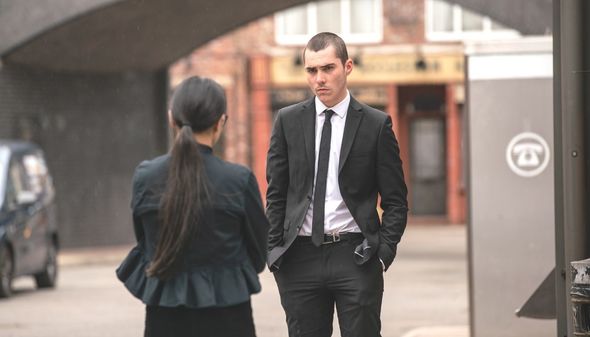 Teasing his future storylines, Maximus continued: “Corey decides it’s a good idea to show up at the funeral which is bound for disaster.

“It’s definitely not the right choice so what we’ll see are the reactions from Abi and Asha.

“Asha is a character that’s slowly started to slip away from Corey as she starts to understand his true motives.

“There will be a bit of a fire on the street as he shows up [to the funeral].” 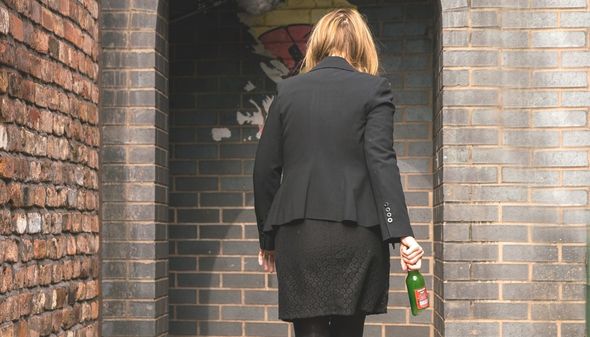 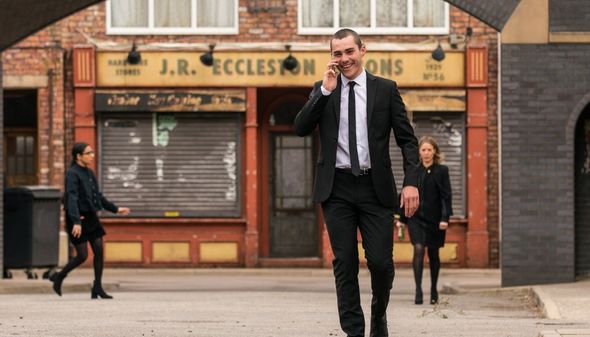 The actor went on to speak about despite being the villain of the story, he is pleased that it raises awareness.

He added: “It has been great being involved in it, we’re raising awareness so there is some good from that negative.

“With these kind of things we have to be delicate as actors especially. It’s based on Sophie Lancaster and Rob, the boyfriend who were beaten up by a gang of lads and it’s just an awful story.

“It’s great we’ve had the chance to tackle such a heavy-hitting story to shed some light on the negativity.”

In scenes airing this week, Abi Franklin (Sally Carman) could end up doing something she regrets after she overhears Corey laughing on the phone about Seb’s death.

Seb’s girlfriend Nina (Mollie Gallagher) is left disgusted when Corey showed up to her boyfriend’s funeral.

After the funeral, Abi, Nina, Roy (David Neilson) and Asha arrive at the Rovers for Seb’s wake.

However, Abi has another confrontation with Corey and things were made worse when she overhears him on the phone.

Abi went on to pick up a broken bottle and went after Corey. Will an emotional and grieving Abi end up killing Corey?

Viewers seem to think this is how Corey will meet his end. Taking to social media to share their theories, one tweeted: “Abi heard what Corey said in the alley, now she’s gonna get revenge on the murderer.” (sic)

Another penned: “Abi is not to be messed with……. Something tells me Corey is gonna regret that phone call……..” (sic)

A third wrote: “Listen. I want Abi to bottle Corey but I also want to see justice for Seb and Nina.”

Coronation Street returns on Thursday at 9pm on ITV.