At the beginning of December, Geoff Metcalfe (played by Ian Bartholomew) and Yasmeen Nazir (Shelley King) returned to the cobbles announcing they had got married in Las Vegas. Since then, Geoff’s grip of Yasmeen’s life has increased dramatically, leaving ITV soap fans calling for Coronation Street bosses to cancel the storyline.

Geoff Metcalfe has spent a lot of his time recently breaking down Yasmeen’s confidence, whether that’s not allowing her out with friends or making fun of what she’s wearing.

However, tonight (January 10) Geoff’s behaviour stopped Yasmeen going out again, leaving her in a vulnerable position.

Yasmeen has tried hard to see the good in her new husband’s demands, claiming that he only does it because he loves her.

However, tonight after showing off her new clothes to him, he turned on his wife, suggesting she’d rather spend time with her friends than him making her feel guilty. 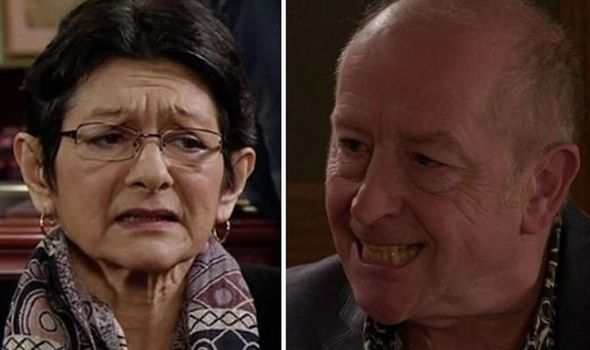 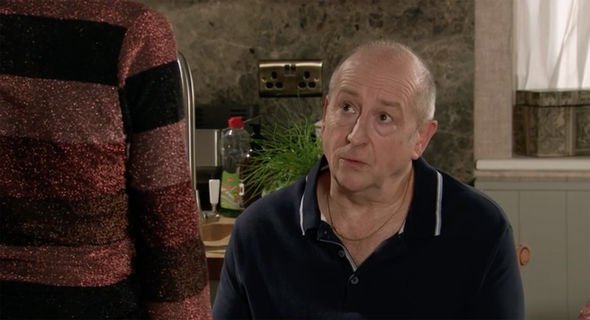 Viewers have now called for Coronation Street bosses to cancel the storyline altogether.

One viewer tweeted: “OMG!! Please stop now Corrie with Geoff and Yasmeen and Emmerdale with Archie and Arthur. They’re good plots. But you just make them go on waaaayyy too long.”

Another said: “Can someone tell me, when will Geoff on @itvcorrie get rumbled? He needs to be found out and get his just desserts.

“Storyline has been going on too long and it’s getting as bad as the Pat Phelan story.” 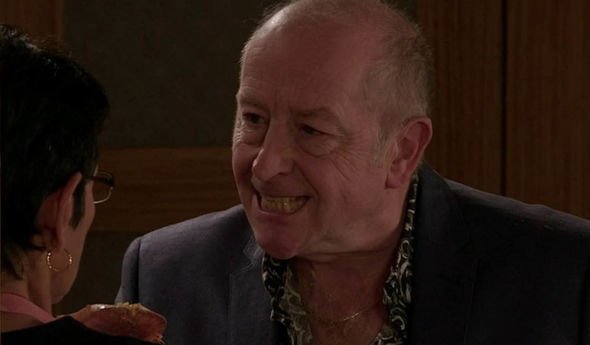 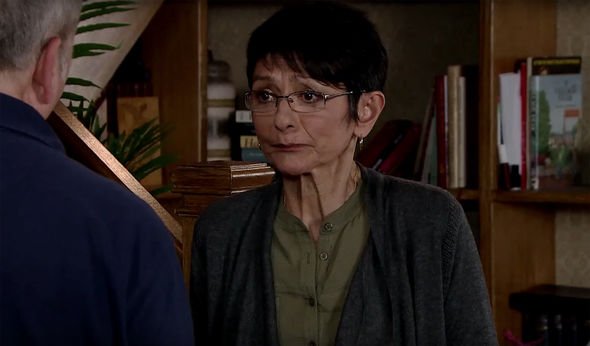 Not only are viewers calling for the storyline to be scrapped, but they are not convinced by Geoff’s character either.

One explained: “Why does no one speak to each other on Corrie? Geoff would never get away with this in reality. He’s sloppy and obvious.”

Another said: “Geoff the master manipulator. Scrapping the barrel much?”

And a third said: “This coercive control storyline in #Corrie with Geoff & Yasmin is dragging on too long.

“Hope he gets caught soon so this can end, know it’s only a drama but it’s winding me up.”

Teresa Parker, of Women’s Aid, said: “Many people think that unless there is physical abuse, it doesn’t count.

“Coercive control underpins almost all abusive relationships, and Geoff has established himself at the centre of Yasmeen’s life, and manipulated her in so many ways.

“Gradually we are seeing the long-term effects of living with an abusive partner.”

However, bosses haven’t shown any signs of slowing the storyline down, but is it time for a change?

These viewers also think so, one scolded: “This storyline with Geoff needs to end, it’s actually unbearable to watch!! Poor Yasmeen, someone kill him! #Corrie.”

“When is this Geoff abusing Yasmeen storyline coming to an end! It’s awful!!! #Corrie.” said another.

And last but not least, a viewer claimed: “#Corrie Can Geoff PLEASE leave Coronation Street? Either being killed off or arrested?.”

Coronation Street continues on Monday on ITV at 7:30pm.