Geoff (played by Ian Bartholomew) has been subtly controlling every aspect of Yasmeen’s (Shelley King) life on Coronation Street since the pair began a romance last year. Until know, he has managed to keep his abuse of his wife under the radar, but the likes of Cathy Matthews (Melanie Hill) have voiced their concern for the Weatherfield pensioner in recent scenes on the ITV soap. Tonight’s double-bill saw Faye (Ellie Leach) suspect something wasn’t quite right with her grandfather’s marriage, but will she expose the full extent of this coercive control storyline?

The drama began this evening when Geoff instructed his beloved to clean the house to avoid irritating his allergies, but in the most of her chores, Yasmeen had a spot of lunch with Cathy.

On his return home, the villain realised his wife hadn’t completed what had been asked of her and it was clear he wasn’t too happy.

Once their guest had left, the pair rowed over the incomplete housework, which led the abuser to suffer a nasty fall of his own doing.

However, next door, Faye was struggling to study as she listened to her grandfather arguing with his other half so, could she have overheard something which exposes the pensioner as being abusive? 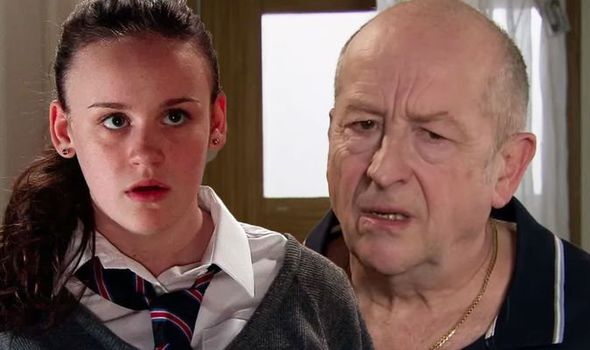 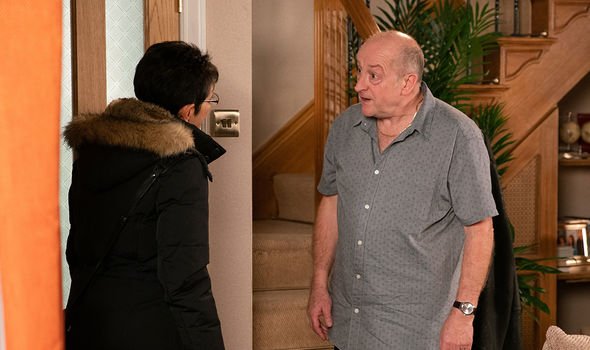 Speaking with her father and Geoff’s son Tim Metcalfe (Joe Duttine), the teenager expressed her concerns about what was happening on the other side of the wall.

“What’s going on next door?” she asked, to which the taxi driver replied: “Having a bit of a domestic.”

“I’m trying to study and all I can hear is granddad booming,” the youngster commented, which came back with the response: “He’s got one of those voices, I’m afraid.”

“Can’t you go around and sort it out?” Faye inquired, with her father stating: “You’re joking aren’t you? I’m not getting involved.” 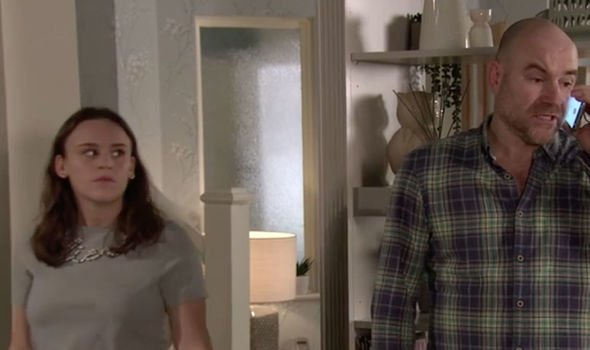 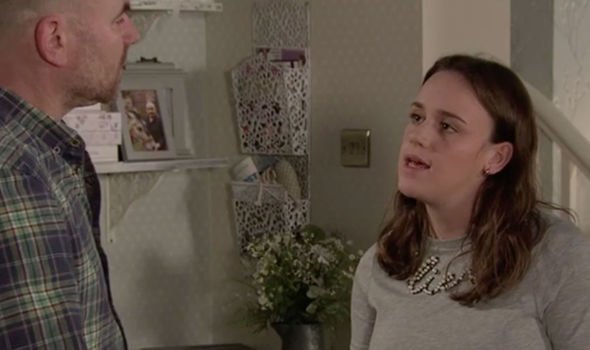 Do you think they’ll be alright?

“Can’t you just put your headphones on or something?” Tim asked, but Faye seemed deeply concerned about what she could’ve overheard.

“Do you think they’ll be alright?” she commented, to which her father assured her: “Yeah. Look at me and Sal over the years.”

Could her plea to get the taxi driver to pop next door been a rouse to try and expose Geoff as overhearing some incriminating evidence?

After her conversation with the villains’s son, the teenager proceeded to go back upstairs, but is she one to look out for in the coming months as the storyline comes to a head?

The youngster hasn’t been at the centre of a major plot for some time now, but it seems the actress who plays her is waiting to get her teeth into a new story.

Asked about any upcoming material she would be in, the teenager explained: “Nothing I know of but hopefully something will come up soon.

“It’s nice to have some time off but then you think I’m bored now, I’ve just finished college so I don’t know what to do with myself.”

Could this be Faye’s time to take the reins and oust her grandfather for the abusive character he is and bring down his nice guy charade?

By the end of Monday’s instalment, Geoff apologised to Yasmeen for being so pushy about the cleaning, only to turn it around by saying the state of the house could end up killing him.

Once again, his wife fell for the bait and ensured her husband she would do her very best to complete the housework every day.

How far is the villain willing to go to ensure his beloved stays within his manipulative grasp?

If you or anyone you know has been affected by Yasmeen’s storyline, please find more information by visiting the Women’s Aid or call Refuge on 0808 2000 247.