GEOFF Metcalfe’s ex-wife Elaine Jones is found trapped in a psychiatric hospital next week in Coronation Street as Yasmeen Nazir’s trial kicks off.

Elaine had been planning to give evidence during Yasmeen’s trial after revealing she’d been abused by Geoff too. 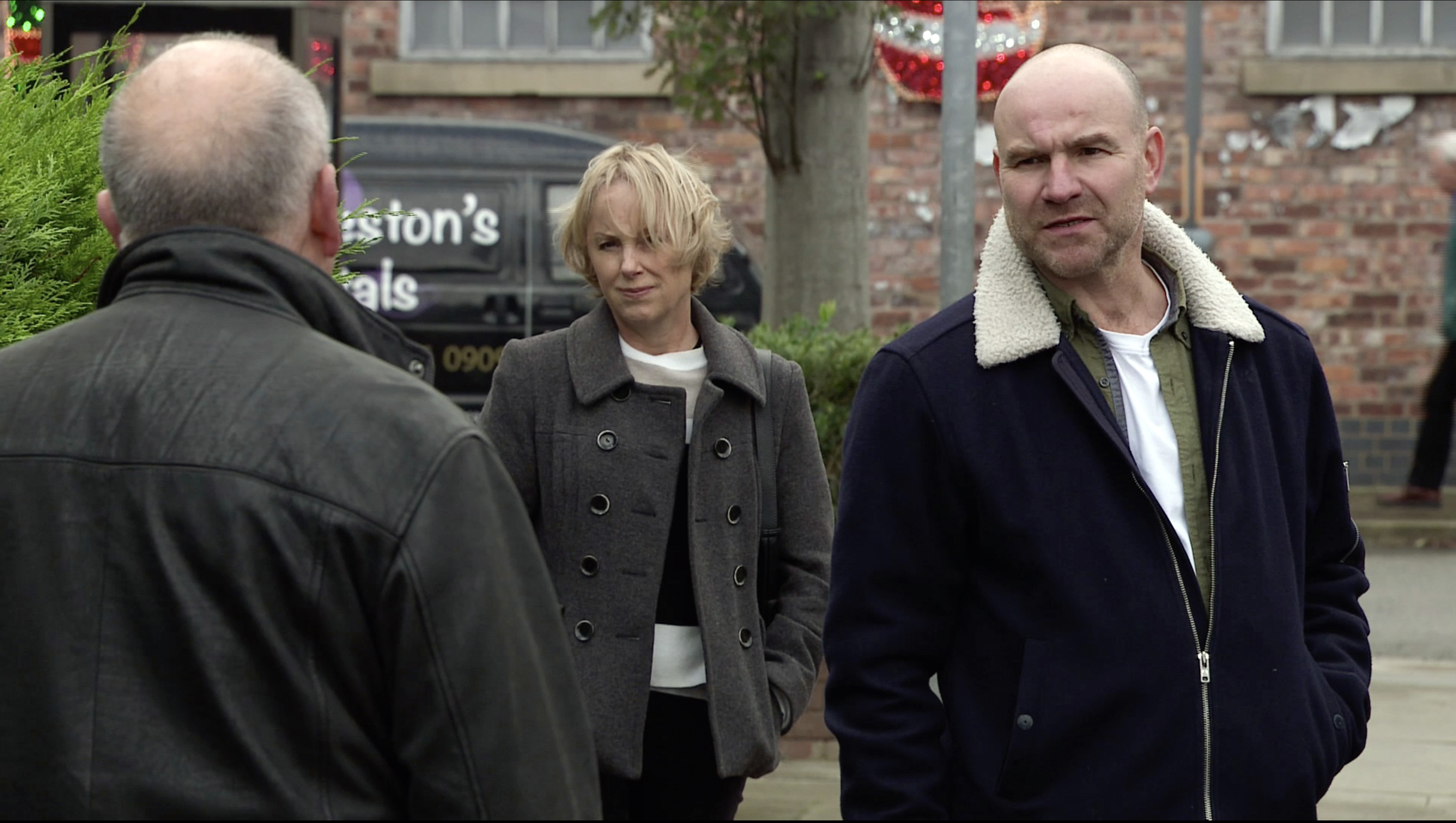 But she mysteriously vanished back in August after a furious showdown with Geoff on the cobbles.

When Tim travelled to Elaine’s home in Bolton, he was worried when he found a pile of post by the letterbox confirming she hadn’t returned.

Next week’s episodes of Coronation Street will see Geoff goad Tim when he bumps into him on the street, telling him he always knew he’d never amount to much. 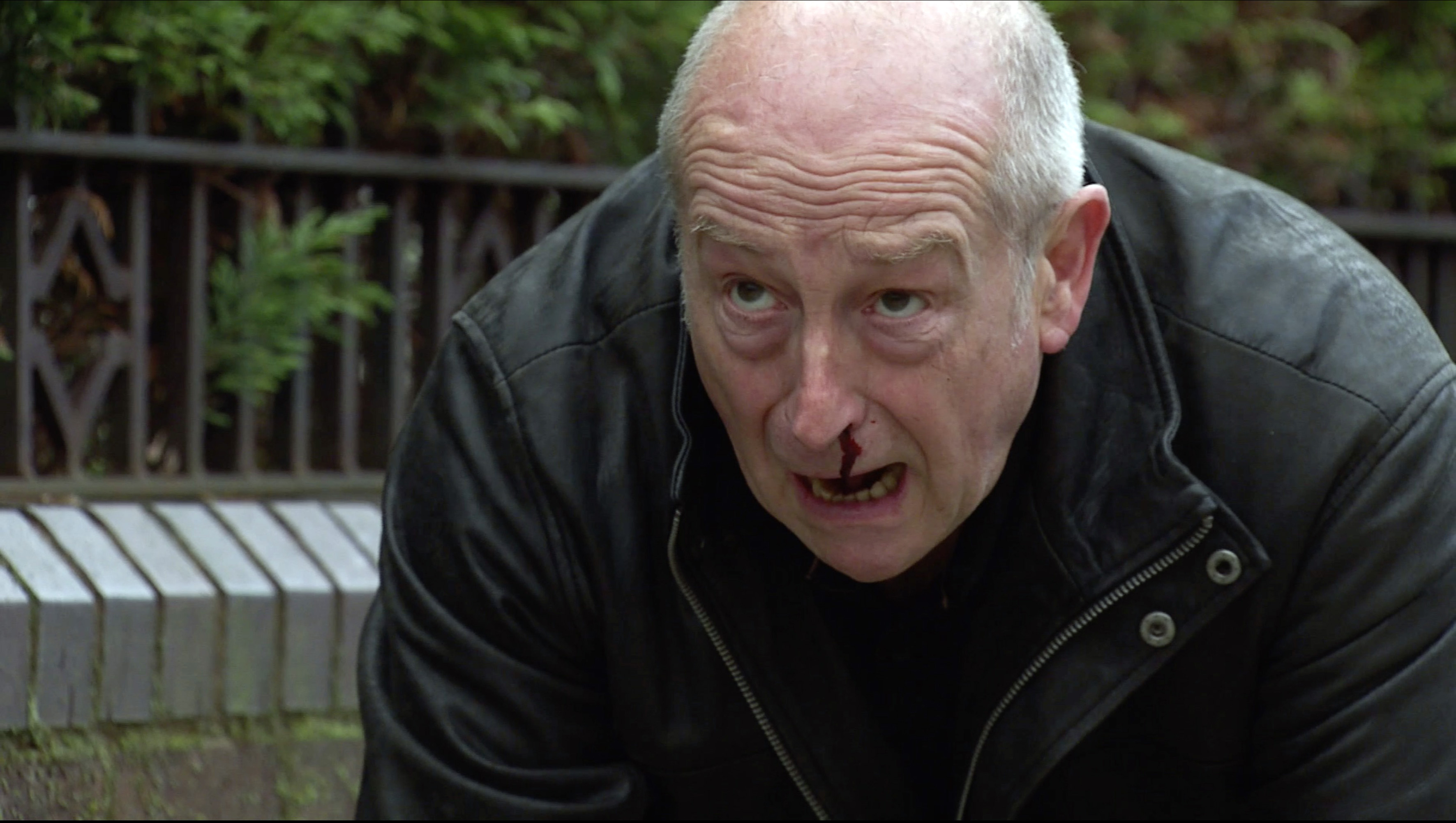 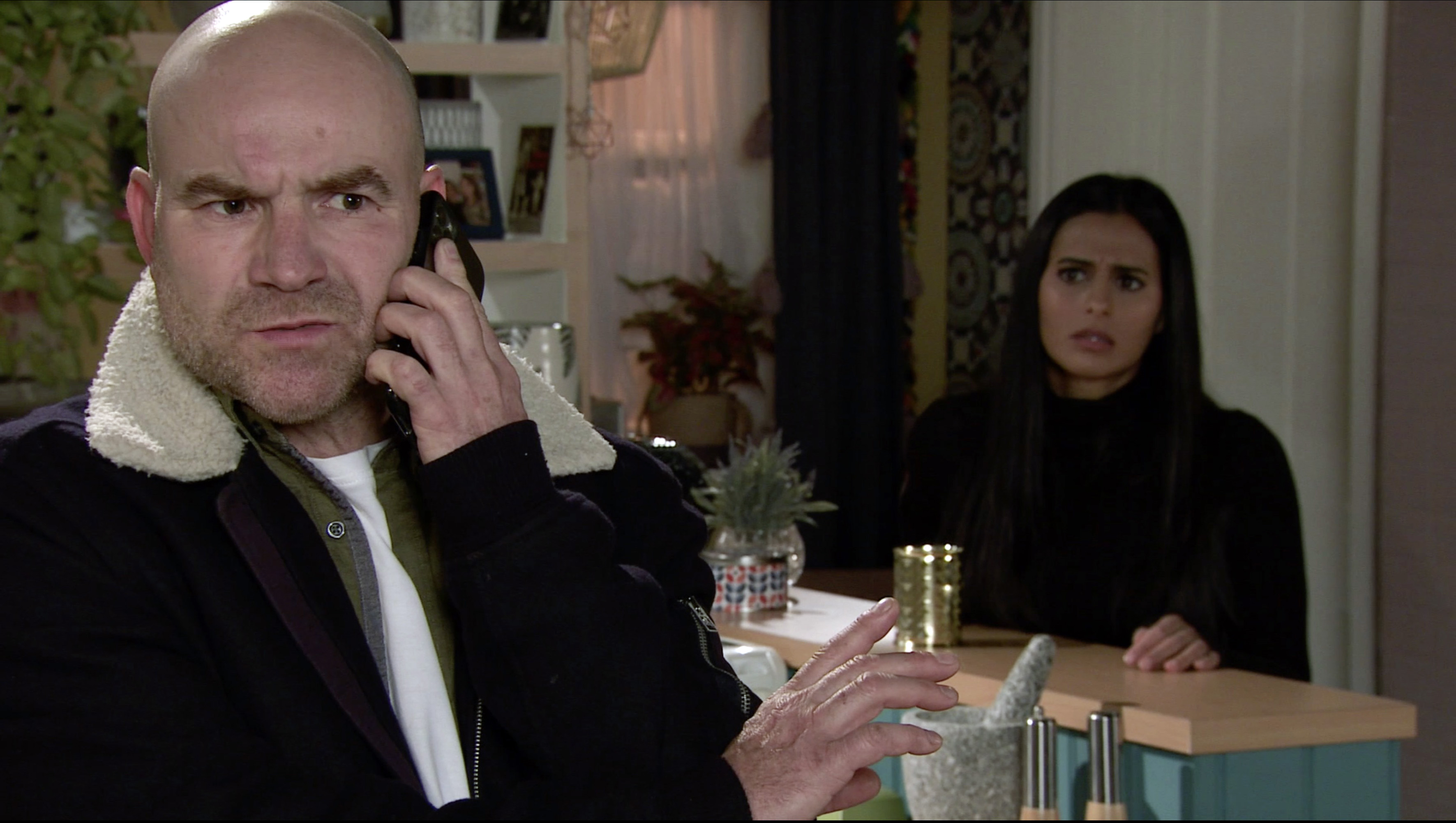 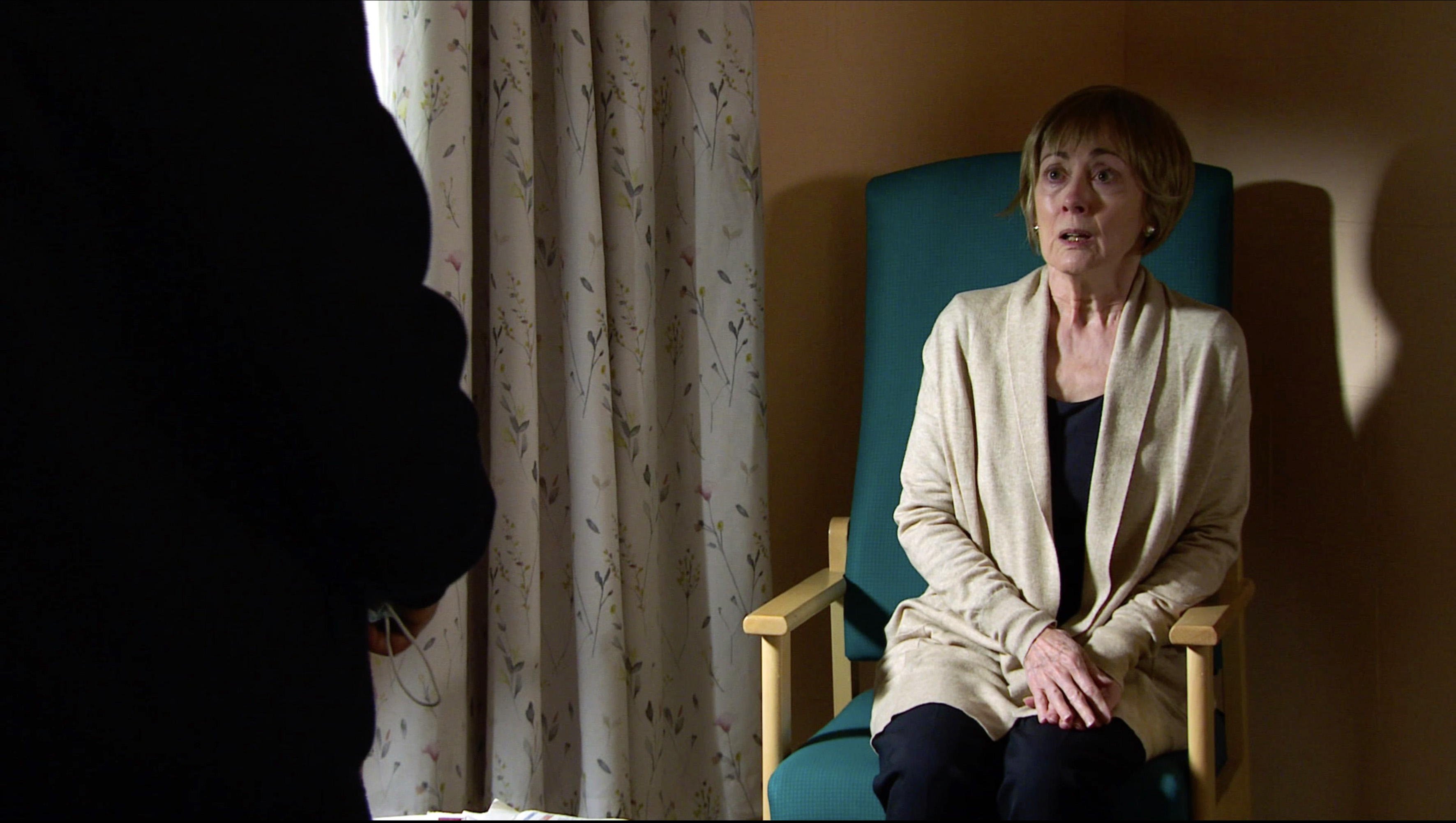 Tim falls for Geoff’s jibes and angrily punches him.

Later, Imran and Alya are devastated when they hear that Tim punched Geoff and point out he’s no longer a credible witness.

And there’s more bad news when Tim gets a call from the police revealing Elaine has been found in a psychiatric hospital, meaning she won’t be able to stand trial either. 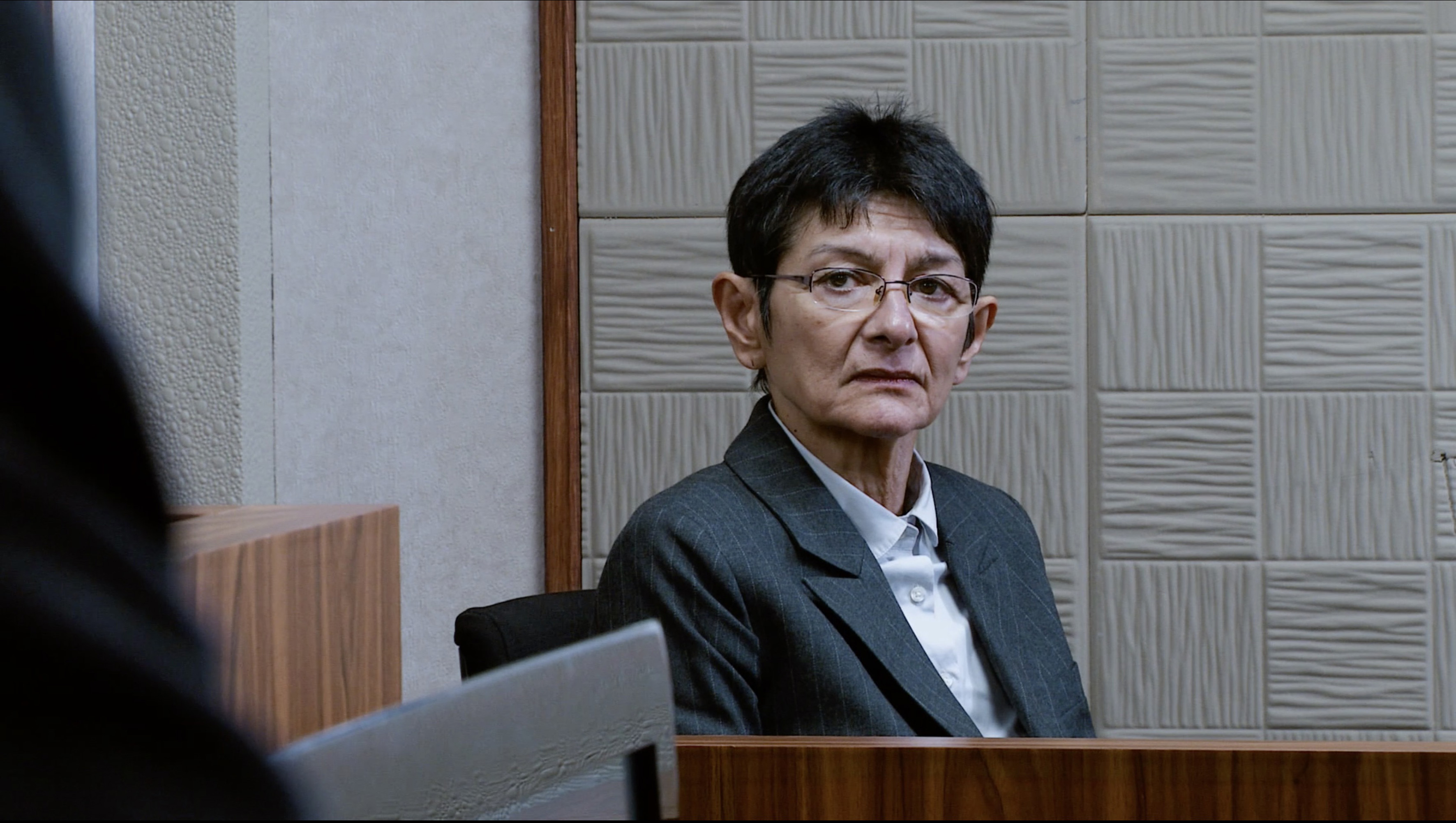 Yasmeen's trial kicks off later in the week and the barristers deliver their opening statements.

When Geoff takes the witness box, he paints Yasmeen as a violent alcoholic and talks about how she attacked him with the broken bottle.

Tim visits Elaine in hospital and asks her to forgive him for believing Geoff over her.

Elaine tells Tim that she’s convinced Geoff has been spying on her in the hospital.

Tim then asks her to give evidence at the trial, but will she come to Yasmeen's rescue?