Corrie: Kelly Neelan speaks to police about her missing dad

Kelly (played by Millie Gibson) has been in turmoil since her Rick (Greg Wood) mysteriously disappeared on Coronation Street back in 2018, not realising Gary Windass (Mikey North) had murdered him. However, fans of the ITV soap have been sceptical about the villain’s demise ever since as they never saw a body being buried in the woods. It’s been a while since his name was mentioned but in Monday’s episodes of the weeknight serial drama, his daughter innocently referenced her loan shark father as the fallout of her drug overdose continued.

At the beginning of the double-bill, the youngster was seen recovering in hospital and Billy Mayhew (Daniel Brocklebank) was on hand to support her.

The teenager explained how she didn’t like her current foster home and therefore the Archdeacon said she could stay at his house for a couple of hours after being discharged.

However, she was swiftly called in for questioning by the police to try and crack the case as to who sold her the narcotics that could have killed her.

Imran Habeeb (Charlie De Melo) was drawn in to act as her legal defence and the atmosphere was frosty between the pair as the lawyer was told by Gary that Rick was the person who caused the Underworld Factory roof collapse, killing his sister Rana Habeeb (Bhavna Limbachia).

They put their differences aside and managed to work together to ensure the police had no choice but to let Kelly walk free. 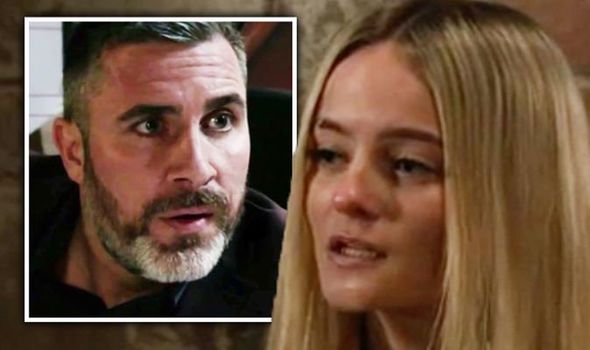 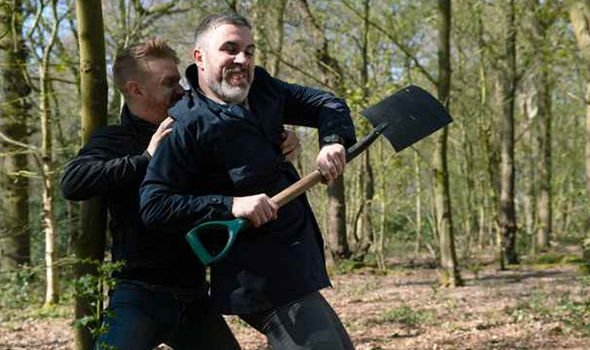 Later in the second episode of the evening, the youngster was still discussing her struggles in the foster care system with Billy.

It was at this moment she realised Imran, the man who believes Rick is a killer, was a foster carer with his partner, Toyah Battersby (Georgia Taylor).

Although they had different views on her villainous father, the legal official told the teenager he would look into making arrangements.

By the end of the two-parter, Kelly was feeling a lot more optimistic about her living situation and met up with Asha Alahan (Tanisha Gorey). 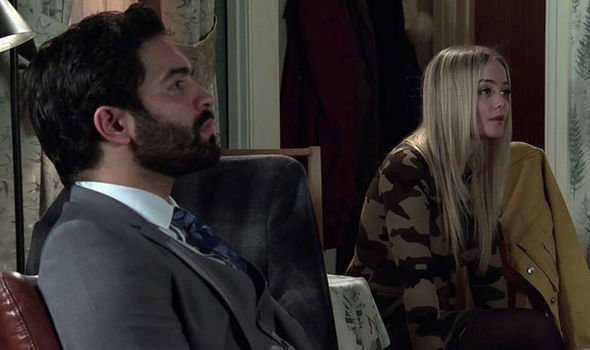 The latter character was the person who persuaded the teenager to buy some drugs for them to take in last week’s episodes.

After settling their scores and Kelly explaining she acted of her own accord, she told her friend: “You might have done me a little bit of a favour.

“Well, you know Imran? He might be my new foster dad,” she declared, before adding: “It’s not for definite but I think if I turn on the emotional blackmail [I can win him over].”

Realising Asha was still upset about the drugs, Rick’s daughter said: “It’s not the first time I’ve done it.” 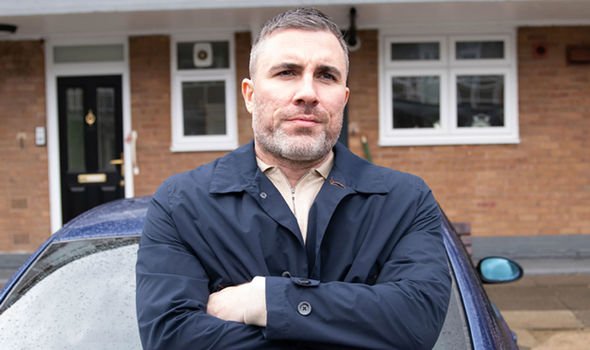 I’d do anything to see my dad again

“You would if you had my life,” she added after being questioned by Asha, before then going on to say: “You don’t know how good you’ve got it.

“Maybe your dad did want to lock you up [after buying drugs] but at least you’ve got one. I’d do anything to see my dad again,” she remarked, possibly a subtle hint from the writers he’s not actually dead.

That was the closing comment from the conversation, leading the question to continue as to whether Rick is alive and staying in the shadows to plan his revenge.

Although his main target is Gary, Imran could also be in the line of fire for tarnishing the loan shark’s name.

Seeing Kelly living happily with the legal official could be enough for Rick to come out of the shadows and surprise everyone with his return to the cobbles.

The teenager will be over-the-moon to see him but it is likely Imran will want justice for what happened to Rana.

This could cause huge ructions in the Habeeb-Battersby household as the lawyer goes head-to-head with his foster daughter over the loan shark’s freedom.

But will someone end up dead as Rick guns for blood over the way he was left to die? Could Kelly be caught in the crossfire?