Next week, Coronation Street viewers will see the aftermath of the attack on Nina Lucas (played by Mollie Gallagher) and Seb Franklin (Harry Visinoni). The relatively new boyfriend and girlfriend will be jumped by a group of youths and everyone in Weatherfield will be affected in one way or another. Understandably, Seb’s mother, Abi Franklin (Sally Carman) will be out for revenge. Roy Cropper (David Neilson), on the other hand, will be panicking under the surface but will try to remain calm and positive for Nina as she recovers. But behind his niece’s back, he is worried and turns to Evelyn Plummer (Maureen Lipman) for advice and support. Will the pair end up growing closer?

The soap revealed Corey Brent (Maximums Evans) and his gang are the culprits who violently assault Nina and Seb near the canal, leaving them fighting for their lives.

It has been said the pair could sustain life-changing injuries and while Nina wakes up in the hospital, Seb’s fate is yet to be disclosed.

Nina is unable to remember much from that night and next week she will discharge herself.

Viewers will tune in to see Roy arrive to sit with Nina but she is packing her bag.

She argues she needs to revisit the scene of the attack so she can jog her memory and hopefully answer the police’s questions. 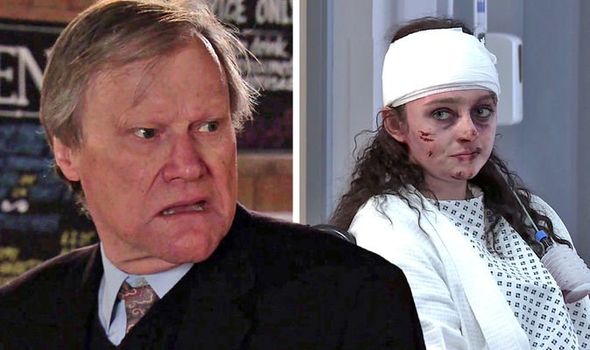 But Roy is concerned for her wellbeing and talks her out of it.

When he returns to the Street, Roy is busy serving customers when Evelyn returns from her train trip and pops by.

While having a cup of tea, the Coronation Street favourite makes a rude remark about Kirk Sutherland’s (Andrew Whyment) intelligence and Roy likens nasty comment to that suffered by Nina and throws his old friend out.

She is left stunned by his actions and returns later that day to apologise for her insensitivity.

Roy admits he overreacted and explains how worried he is about Nina and Evelyn offers a sympathetic ear. 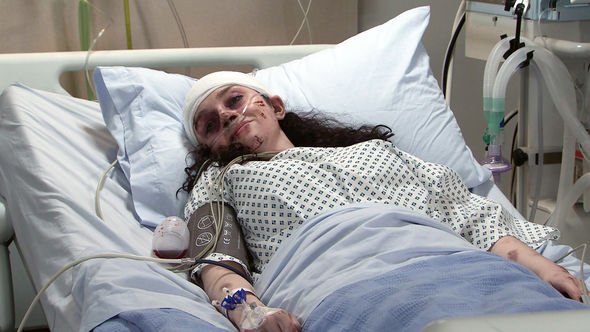 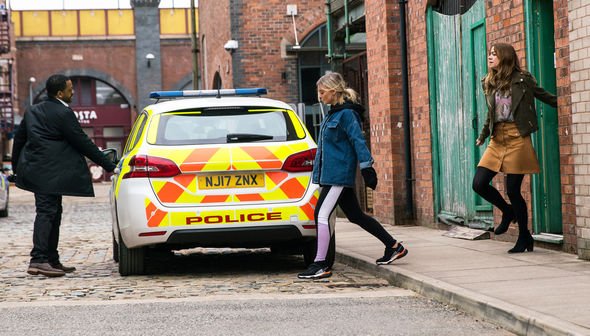 Corrie fans have always speculated as to whether Roy and Evelyn could have a romance, and with Roy in turmoil about Nina’s attack, perhaps the two will grow closer to one another?

As for who is going to be charged for the attack, Corey tells girlfriend Asha Alahan (Tanisha Gorey) they need to get their story straight and give one another an alibi.

He convinces the teenager to tell the police they were together in the flat when the attack took place and Corey urges Asha to ensure Amy McDonald (Elle Mulvaney) doesn’t tell the truth either, but her friend is adamant Asha needs to stop covering for Corey.

Kelly Neelan (Millie Gibson), on the other hand, is panicking and she rings Corey who asserts they are in big trouble.

And Kelly’s situation worsens when the police call at the builder’s yard flat and arrest her. 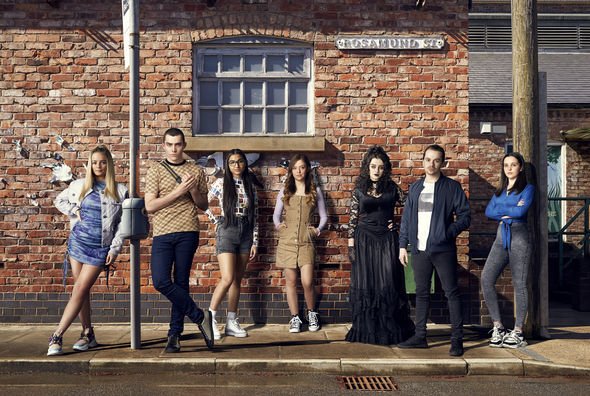 Another police officer then calls around to Abi’s house and explains they have charged someone, they also say the attack was triggered by Nina’s appearance.

Was it Kelly who was charged or someone else? And will Nina and See get the justice they deserve?

Iain MacLeod spoke out about this storyline and how it is going to shape the soap for the rest of the year.

He said: “This incredibly hard-hitting storyline, which centres on a senseless act of violence, will draw in characters from all corners of our narrative universe.

“We hope, [it will] leave the audience with a clear message: everyone, regardless of how they look, how they dress or any aspect of how they live their life, should be treated with tolerance and respect.

“The story will run across the rest of the year and beyond, with many twists and turns, and will be heartbreaking and dramatic in equal measure.

“In the end, the story will see an optimistic outcome emerge from the traumatic attack,” Iain added.