Seb (played by Harry Visinoni) and his girlfriend Nina Lucas (Mollie Gallagher) were the victims of a vicious hate crime that took place in last week’s harrowing episodes of Coronation Street. Unfortunately, the young tradesman was killed as the extent of his injuries were too great for the doctors to try and heal. During Monday night’s double-bill of the ITV soap, his mother Abi Franklin (Sally Carman) was desperate to get justice for her son and to get his attackers put behind bars. However, could his death tie in with another long-running storyline as the youngster manages to help Peter (Chris Gascoigne) by gifting him a liver?

The alcoholic’s health has been deteriorating in the latter week’s after he relapsed last year following his wife Carla Connor’s (Alison King) one-night stand with Adam Barlow (Sam Robertson).

Seeking medical help, the professionals have told him his only chance of survival now is to undergo a transplant as his liver is no longer sustainable.

In recent weeks, his chances of securing a new organ were increased when he received a call to tell him there was one ready for him.

Just before he went under the knife, the doctors told him the liver was no longer viable and so his second opportunity at life was taken away from him.

With Seb having passed away, viewers have been speculating online as to whether he could be the one to save the alcoholic from his own death. 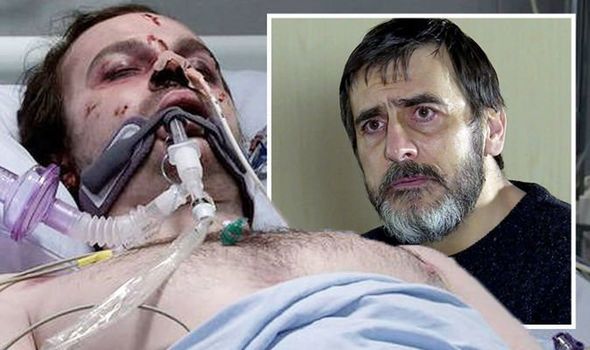 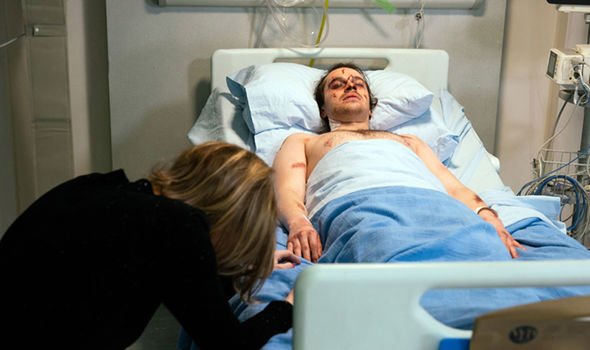 Taking to the micro-blogging site Reddit, user samusek2 wrote: “Do you guys think that they will have Abi allow to let Seb’s organs to be donated and that Seb’s liver will be donated to Peter?

“Is Seb allowed to donate his organs if he had HIV? Have they even mentioned during this whole beating and hospitalisation that he had HIV?

“I have to say that I will miss Seb. This is going to be a good storyline,” they concluded with several fans responding to the theory.

User namename145 replied: “Seb could donate his organs but only to another patient with HIV so if Peter gets his liver, it will be far fetched and against actual science and medical procedure.” 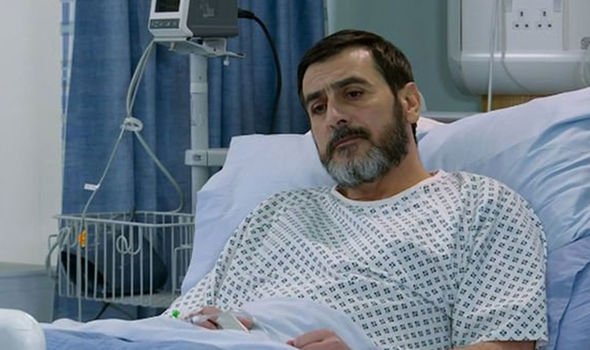 Will Seb’s liver will be donated to Peter?

Another user named NoNameKetchupChips explained: “Seb is already dead. That isn’t how organ donation works. He’d have to be on life support but brain dead for them to approach Abi and ask her about organ donation.

“It can’t happen after his heart has already stopped beating. Plus as has been mentioned here many times, Seb had HIV, he can’t donate his liver to Peter,” they continued.

According to the NHS website, someone who has a pre-existing medical condition “doesn’t necessarily prevent them from becoming an organ or tissue donor”.

It goes on to stipulate there are “very few” reasons why a person who not be considered to be an organ donor, including; Creutzfeldt-Jakob Disease (CJD), Ebola virus disease, active cancer or HIV. 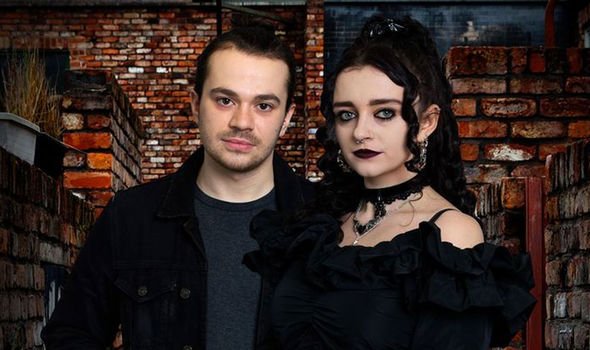 As explained on Reddit, a person with HIV can donate an organ to someone else living with the condition but the NHS website asks for the individual to “call the medical team will establish whether or not your organs are suitable for donation”.

Before a person is given the all-clear to be added to the organ donation list, they have to undergo a blood screening.

The NHS explains: “Blood is taken from all potential donors and tested to rule out transmissible diseases and viruses such as HIV and hepatitis.

“The family of the potential donor is made aware that this procedure is required,” it concludes.

Therefore, as Peter does not live with HIV, he could not accept Seb’s organs meaning the wait for a new liver continues.

However, Seb’s death will not be forgotten any time soon as his demise begins a new chapter in a dark storyline for the teenagers of Weatherfield.

Both were released by the end of the emotional episodes as the police continue with their investigation into what exactly happened.

Abi was furious to see her son’s potential killers walking around the cobbles and it seems she will do everything in her power to get justice for Seb.

Nina is the only person who holds the power to get the guilty party put behind bars but with no recollection of the attack, this is going to prove tricky.

Desperate to also get justice for Seb, will Nina return to the scene of the crime to see if anything jogs her memory?

Taking to Twitter on Friday night, the actor who plays Seb, Harry, discussed his exit from the show after five years.

In a video on the soap’s official Twitter page, he said: “It’s been a pretty rough ride for Seb but I’m very happy that he’s been allowed to touch on some very important issues from HIV to human trafficking, now to this. It’s been an honour, a privilege, and a pleasure.

“Unfortunately, Weatherfield is down a man bun but hopefully they’ll survive.

“Yeah, just, thank you from the bottom of my heart. Hope you’ve enjoyed the journey because I definitely have.”