Geoff Metcalfe (played by Ian Bartholomew) won the heart of Yasmeen Nazir (Shelley King) but as the months have rolled by, he’s turned from doting boyfriend to controlling husband. After moving in to her home and marrying Yasmeen in Las Vegas, Geoff has sought to control all aspects of her life and it’s only going to get worse.

In upcoming scenes, Yasmeen and Geoff will row once more about her cleaning as he insists the house is too dusty.

However as they argue, Geoff accidentally falls and hits his face on a table.

Furious, he begins another tirade of abuse aimed at Yasmeen unaware Cathy Matthews (Melanie Hill) has watched it all unfold. 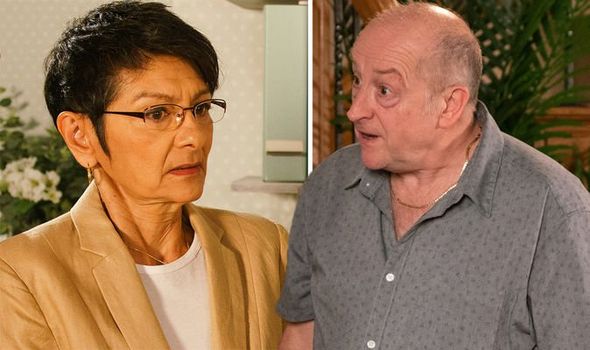 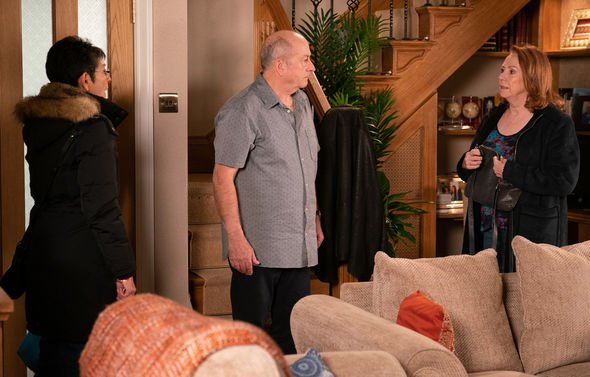 However the incident doesn’t go down well with Yasmeen’s friends as Cathy confides in Brian Packham (Peter Gunn).

Also concerned for Yasmeen, Brian chats to Geoff about her behaviour to see if everything is okay.

Clearly wanting to keep his control over Yasmeen a secret, he twists the story to make his wife out to be the villain.

Geoff tells Brian his wife is actually an alcoholic and he’s been trying to help her. 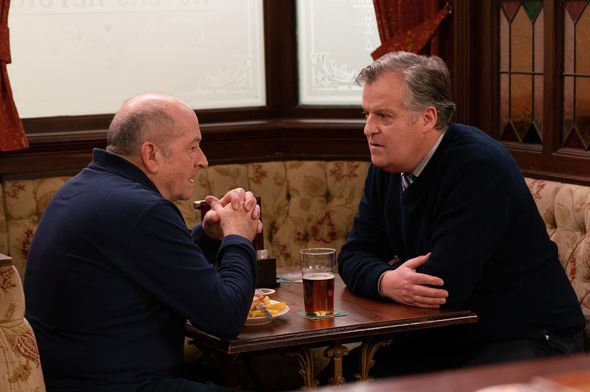 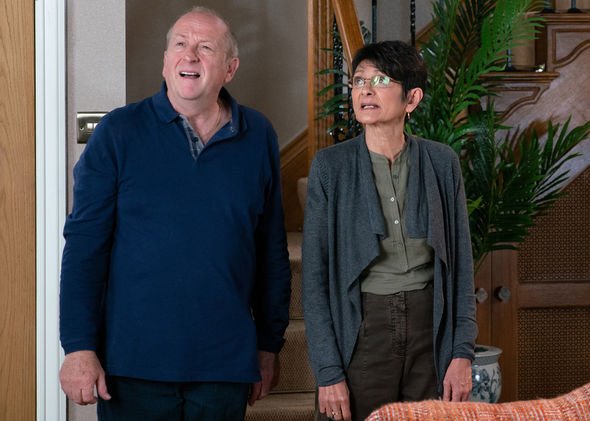 Brian is shocked by the revelation made by Geoff but will he believe him?

Scenes set to air later this week will see Geoff lash out at his wife when she suggests going to the pub.

Unhappy with her clothing, the former hospital radio presenter insists they go shopping for a new wardrobe.

Yasmeen is thrilled with her purchases and as she tries on a leather skirt suggests they meet Cathy and Brian at the pub.

However, Geoff isn’t so keen and claims he doesn’t want to hear any of Brian’s bizarre anecdotes any more.

Yasmeen agrees to stay in but jokes Brian “isn’t that bad,” leading to Geoff’s change in mood.

He claims the only reason his wife wants to go out in her new clothes is to impress Brian.

By isolating Yasmeen from her friends from making her fear he thinks she’s having an affair, to claiming her drinking is a problem to Brian, Geoff is slowly isolating his wife.

With Yasmeen left with no one to turn to, Geoff will have full control over his once strong and independent wife.

Will the Speed Daal chef be able to see what’s happening before it’s too late?

Or, will Geoff keep his wife under his control for so long, the Weatherfield residents begin to wonder where she is?