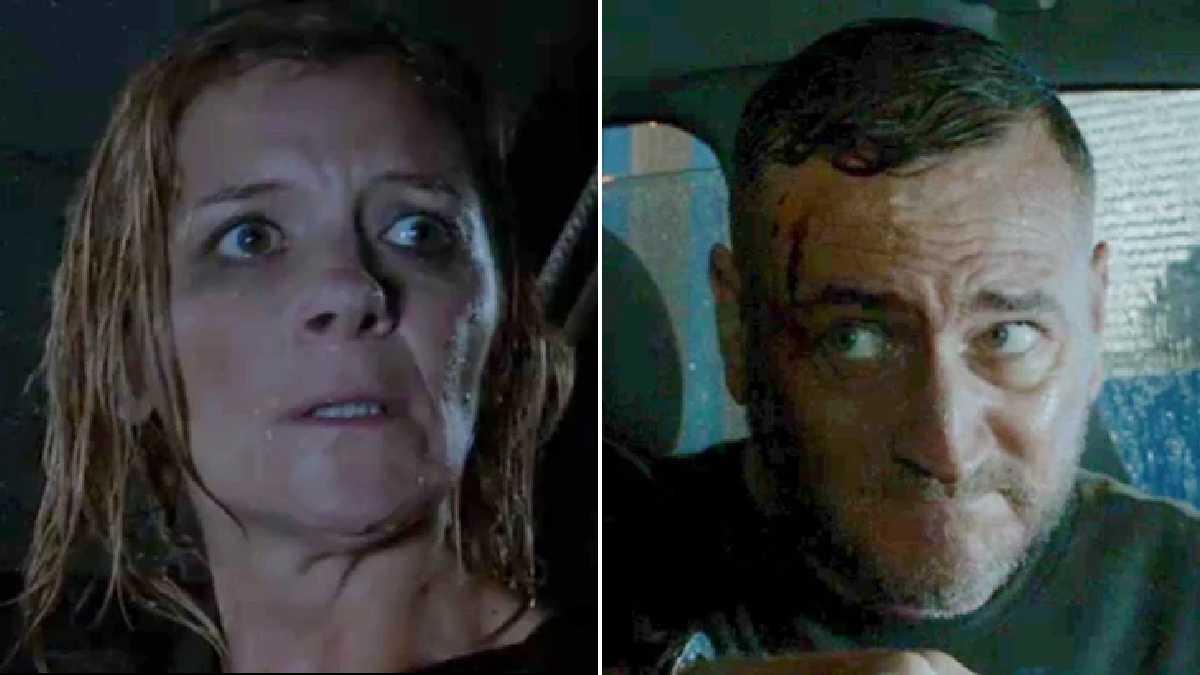 Leanne Battersby (Jane Danson) drove her car into a skip in tonight’s Coronation Street – with Harvey Gaskell (Will Mellor) sitting beside her.

In a huge twist, Harvey returned to Weatherfield preparing to kill Leanne, but ended up shooting Natasha (Rachel Leskovac) instead.

As Nick (Ben Price) put pressure on the bullet wound, he instructed Leanne to bring their car closer to the flat so they could take Natasha to an ambulance.

Terrified Leanne raced outside and got into the car, only to discover Harvey sitting next to her.

Leanne drove the car as Harvey told her, but in an unexpected turn of events, she drove the car into a skip with the knowledge the passenger seat airbag wasn’t turned on.

Harvey was knocked unconscious and as Curtis (Sam Retford) made clear to the paramedics, the drug lord’s pulse was weak, meaning he isn’t dead – yet.

Nick checked Leanne and rushed off to be with Natasha, and as the focus was on Jenny (Sally Ann Matthews) and Johnny (Richard Hawley) for the rest of the episode, we’re yet to discover whether Leanne’s deliberate car crash killed Harvey.

With Natasha fighting for her life in hospital, will Leanne make Nick’s life even worse if she’s arrested for murder?

If Harvey lives, what will that mean for Leanne and her family?