Dakota Johnson to Star in 'Persuasion' Based on Jane Austen's Novel 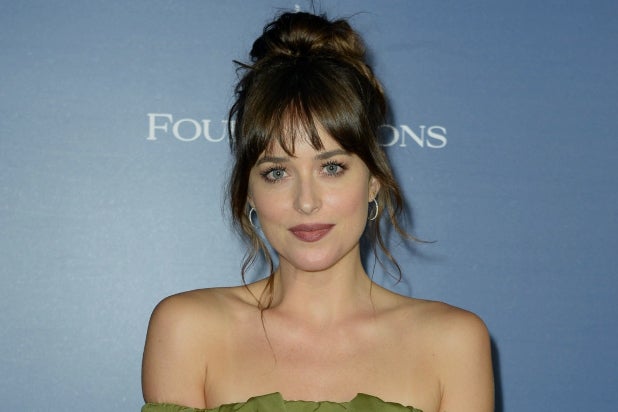 Dakota Johnson is set to star in “Persuasion,” based on the novel by Jane Austen, it was announced on Tuesday.

Netflix and MRC Film have partnered on the film that will be directed by theater director Carrie Cracknell, who recently directed Jake Gyllenhaal and Tom Sturridge in “Sea Wall/A Life on Broadway.” “Persuasion” will be her feature film directorial debut. Ron Bass and Alice Victoria are writing the screenplay.

According to Netflix, the logline is: “Living with her snobby family on the brink of bankruptcy, Anne Elliot is an unconforming woman with modern sensibilities. When Frederick Wentworth–the dashing one she once sent away–crashes back into her life, Anne must choose between putting the past behind her or listening to her heart when it comes to second chances.”

Johnson most recently starred in the drama “Our Friend” opposite Jason Segel. She will next be seen in Maggie Gyllenhaal’s “The Lost Daughter” and Stephanie Allynne and Tig Notaro’s “Am I Ok?”

Cantillon’s MRC Film label is in development on an adaptation of “28 Summers,” “Photos of You” and “Rosie’s Travelling Tea Shop.” MRC Film recently announced “The Mothership” starring Halle Berry with Netfix, and most recently released Rian Johnson’s “Knives Out” as well as “The Lovebirds” starring Kumail Nanjiani and Issa Rae, also with Netflix.

Johnson is represented by WME and Untitled Entertainment.