During Wednesday’s BBC Breakfast, host Sally Nugent was forced to address her co-host Dan Walker’s absence following her interview with the Labour MP. Dan had to leave the BBC studio for 15 minutes while Sally carried out her interview. She later explained when he came back to join her on the red sofa that only two people were allowed in the studio at one time due to social-distancing guidelines.

“Have you had a nice 15 minutes without me?” Dan joked to his co-host.

“Did you notice he wasn’t here?” Sally said to viewers. “Did anyone? No?”

Sally continued: “Dan has been on one side of the studio because we have to social distance when we have a guest in.” 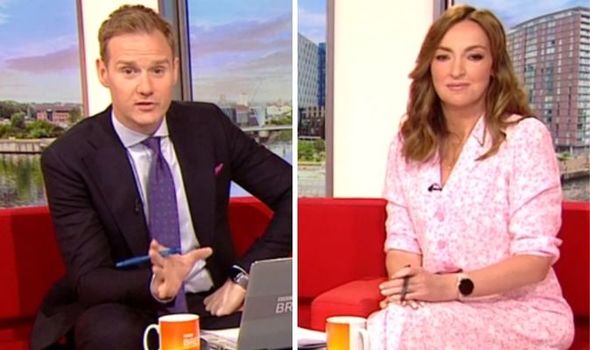 Dan went on to explain what was coming up on the programme but added: “It’s nice to have guests back in the studio but only one of us can be involved.

“So, the Education Secretary Gavin Williamson is going to be here to talk about those things the Shadow Secretary was talking about and also address some of these issues.

“To address the amount of money put back into education. Is it enough?

“Quite a few of the teaching unions are saying it’s no way what is needed.”