Daniel Radcliffe is known to many for his adorable appearances in the Harry Potter franchise, where fans watched him grow up on screen. Opposite Emma Watson and Rupert Grint, Radcliffe became the boy everyone knew from J.K. Rowling’s beloved books. But it turns out he really has grown up, as is evident from the saucy way he met his girlfriend.

How did Daniel Radcliffe meet his girlfriend?

Daniel Radcliffe has revealed he met his girlfriend in the oddest of circumstances – while filming a sex scene.

In the 2013 movie Kill Your Darlings, where Radcliffe played young poet Allen Ginsberg, he has a moment of a very intimate nature with his now-girlfriend, Erin Darke.

In the scene, Erin’s character Gwendolyn performs oral sex on Ginsburg in a library, which is both a very private and public moment.

READ MORE: Best movies 2020: What movies should you watch in 2020? Star sign reveals ALL

Speaking about the moment to People TV’s Couch Surfing, he said: “It’ll be a hell of a story to tell our kids one day because of what our characters do with each other.

“Our characters are meeting and flirting with each other, so there is this kind of sweet record of us just meeting for the first time and flirting.”

In an interview with Playboy, Radcliffe went so far as to say their early scenes showed “no acting going on, not from my end, anyway,” meaning he allowed his genuine affection for Darke to come through.

This clearly sparked something for Darke as well, who told People magazine how she feels there’s a “bond” between them. 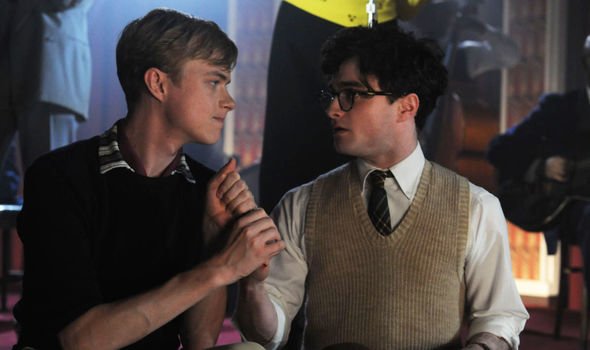 She said: “One of the first things we bonded over was how much we really love what we do and there’s something that’s really beautiful and really lovely about being with someone who just innately understands that about you.

“He helps me make self-tapes sometimes. He’s a great reader, by the way.

“We’re both incredibly supportive of the other person’s career.”

The American actress has been with Radcliffe since 2012, when they were filming Kill Your Darlings, but has gone on to take part in various films and TV shows. 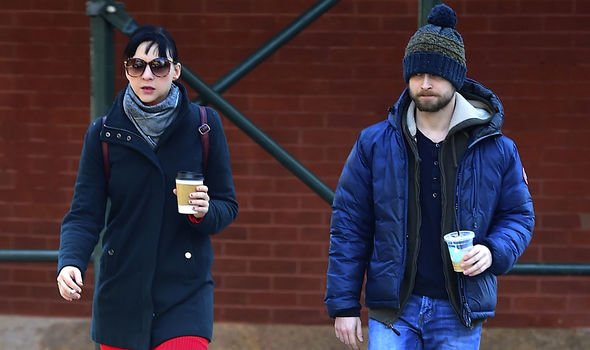 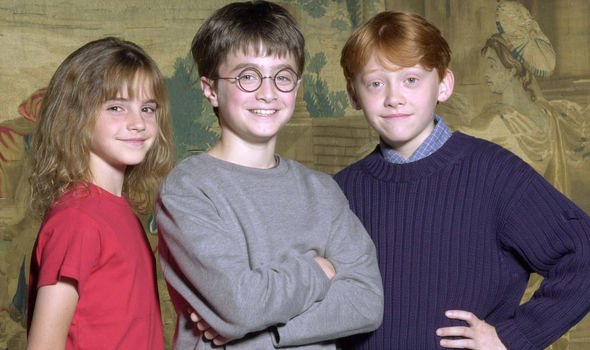 She had a role in The Marvellous Mrs. Maisel in 2017, and was in the short-lived period drama series Good Girls Revolt on Prime Video.

Radcliffe, meanwhile, has been in a huge number of films since Kill Your Darlings, including playing Igor in Victor Frankenstein opposite James McAvoy, a farting corpse in Swiss Army Man and most recently South African writer Tim Jenkin in Escape from Pretoria.

He has also recently released a comedy series starring and produced by him, with Lolly Adefope and Steve Buscemi also starring.

Radcliffe and Darek still look stronger than ever, and the pair have been spotted together a number of times over the course of 2019.

Daniel Radcliffe will appear on The Graham Norton Show on January 10 at 10.35pm on BBC1