DI Humphrey Goodman (played by Kris Marshall) was tasked with finding the murderer of Saint Marie’s governor Caroline Bamber (Lucy Cohu) in series five of Death in Paradise. However, one eagle-eyed fan has spotted a huge error with the explanation of how the assailant carried out such a carefully thought out attack.

Series five, episode two was titled One For the Road and began with the governor dropping dead at her leaving party.

It later transpired she had been poisoned when traces of cyanide were found in her champagne glass.

This discovery threw the police off the scent as this meant the hunt for the killer centred on those close to her when she died.

However, Humphrey later discovered the poison in her glass had been a red herring and the governor could have been poisoned before giving her speech at the party. 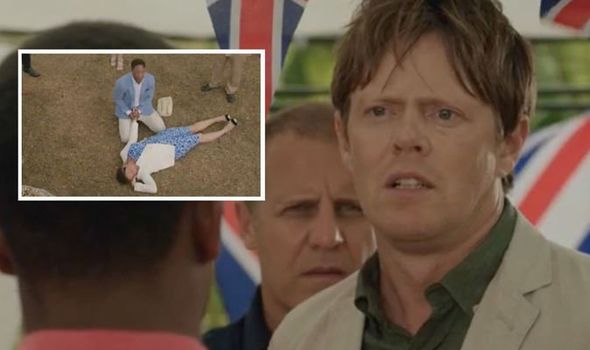 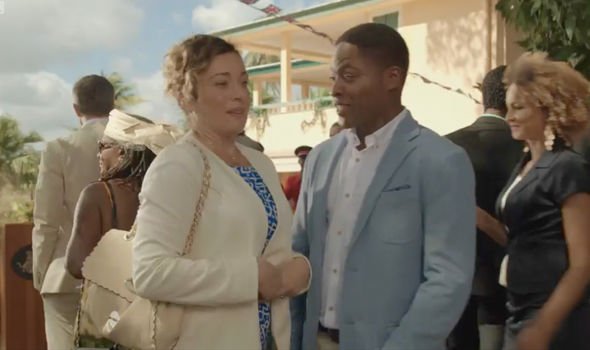 Ellery Wallace (Adetomiwa Edun) confessed to killing his boss but his plan to get away with the murder involved an intricate set of circumstances.

Writing in a Death in Paradise forum, one fan pointed out a blunder with the plot.

One said: “The whole plan for the murderer to create a perfect alibi hinges on an incredibly precise timing of the victim’s action and bodily reaction to the poison, both out of his control.

“The Governor needed to shake a lot of hands and deliver a speech without yet dropping dead.” 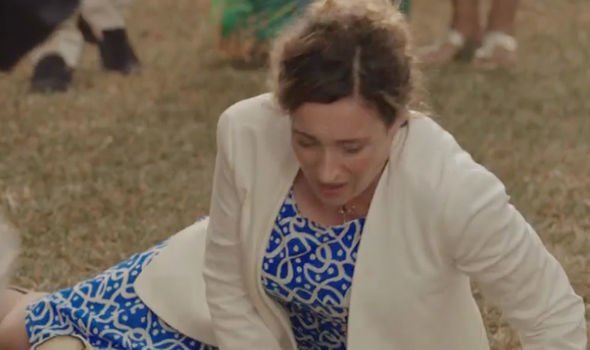 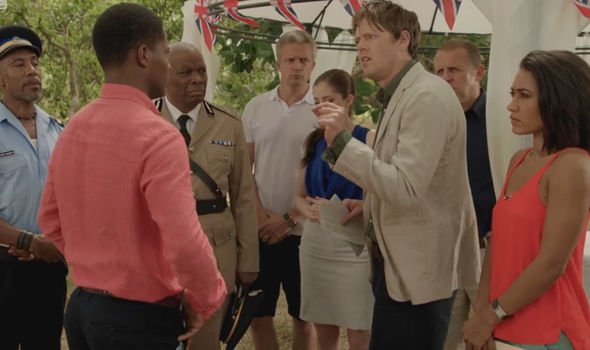 “And everyone needed to ignore entirely the signs that she was feeling unwell.”

Caroline was suffering from shortness from breath ahead of her speech but those close to her assumed she was nervous.

The fan continued: “In fact, she needed to collapse as she was drinking, dropping the glass and doing it somewhere where he could squirt some more of that poison in the glass.

“He couldn’t predict the whole situation with the glasses and the Commissioner that would create the alibi.”

“He leaves the party when refreshments are just being served,” they explained.

“But for this unpredictable chance to get an alibi, he took the huge risk to carry the whole bottle of poison with him.

“The plot never explains why it was never found by the police or disposed of.”

Humphrey explained why Ellery turned against his boss as he revealed Caroline was to blame for his daughter’s death.

However, the detective wasn’t able to find the incriminating evidence of the poison bottle.

Once Humphrey had gathered everyone together he explained why Ellery was to blame and waited for his confession.

While clearing out Caroline’s belongings he discovered some damning paperwork that proved she was to blame for his daughter’s death.

Death in Paradise is available to watch on BBC iPlayer.