Death In Paradise returned to BBC screens this evening (January 9) as viewers watched DI Jack Mooney (played by Ardal O’Hanlon) solve one of his very last cases on the island of Saint Marie. New Year’s Eve celebrations were cut short during the first instalment of the new series after a masked assailant stabbed a woman to death. But as the team rushed to find out who the mysterious killer was, fans spotted a huge blunder courtesy of guest star Adrian Edmondson.

Following the woman’s murder, her husband threw suspicion onto his long-lost brother who had recently contacted him for help.

However, it wasn’t long before the brother, Donald McCormack (Samuel West) was brutally attacked by the masked killer.

Charles Crabtree (Adrian Edmonson) waved goodbye to Donald before watching the killer try to carry out a second murder.

Luckily, Donal survived the attack thanks to Charles surprising the attacker and calling for help. 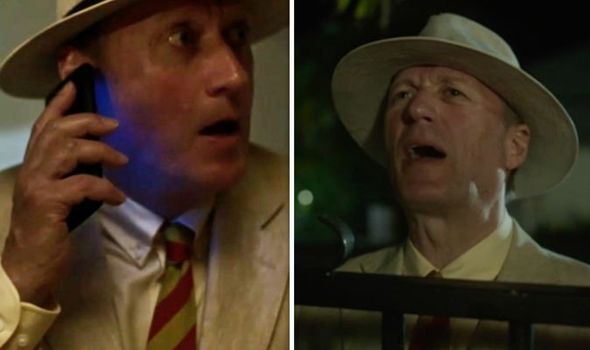 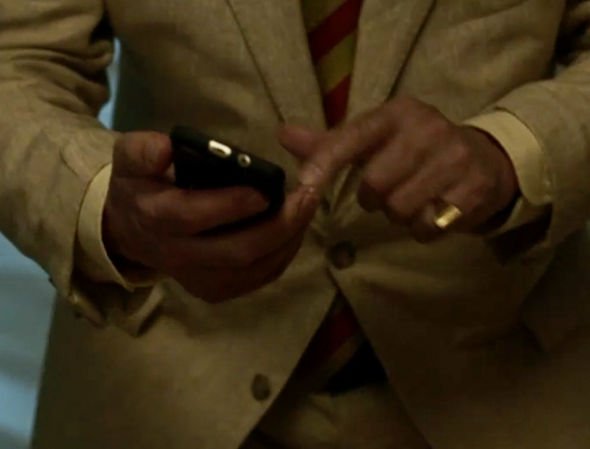 However, when Charles used his phone to call for an ambulance, viewers pointed out he held the phone the wrong way round.

One tweeted: “He was definitely holding that phone upside down, right? #DeathInParadise.”

“Lovely use of an upside-down mobile phone,” another pointed out.

A third said: “He had the phone upside-down. Rookie error. #DeathInParadise.” 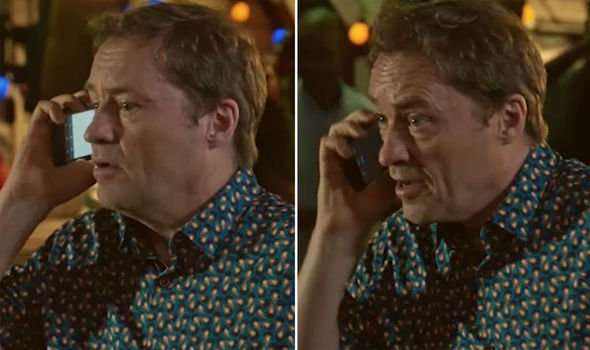 “Is that phone upside down? #DeathInParadise,” another asked.

However, surprisingly this wasn’t the only phone blunder shown in tonight’s episode.

Jack made a similar mistake while answering the call to inform him of the first murder.

After answering the call, in one scene a light could be seen on Jack’s phone but when the camera cut away and back to him, the light on the phone was gone.

Meanwhile, Death In Paradise star Ardal has revealed whether fans can expect love to be the reason for Jack’s departure.

In tonight’s instalment fans are introduced to Anna (Nina Wadia) as a potential love interest for Jack.

Speaking to press including Express.co.uk, Ardal explained what viewers can expect for his character’s final scenes.

“I think it’s a surprise for the audience and hopefully it will be a pleasant enough surprise,” he remarked.

When asked if Jack will find love with Anna, Ardal confessed: “Yeah there is there is a touch of that.”

“But that’s not necessarily the reason why he leaves.”

Discussing Jack’s friendship with Anna, Ardal commented: “Jack is instantly taken with it but not in an obviously romantic way, he just likes her.

“She’s a fun kind lively character and he invites her to his dance classes and they hit it off and become friends more than anything.”

Could Jack fall for Anna and leave the island to pursue a relationship with her?

Death in Paradise continues to BBC One Thursday at 9pm.