Marking the occasion is none other than label co-founder Marbs, with his first solo work on the imprint, ‘Beyond The Wall’—as well as Andreas Henneberg, who has also been brought on as a remixer. 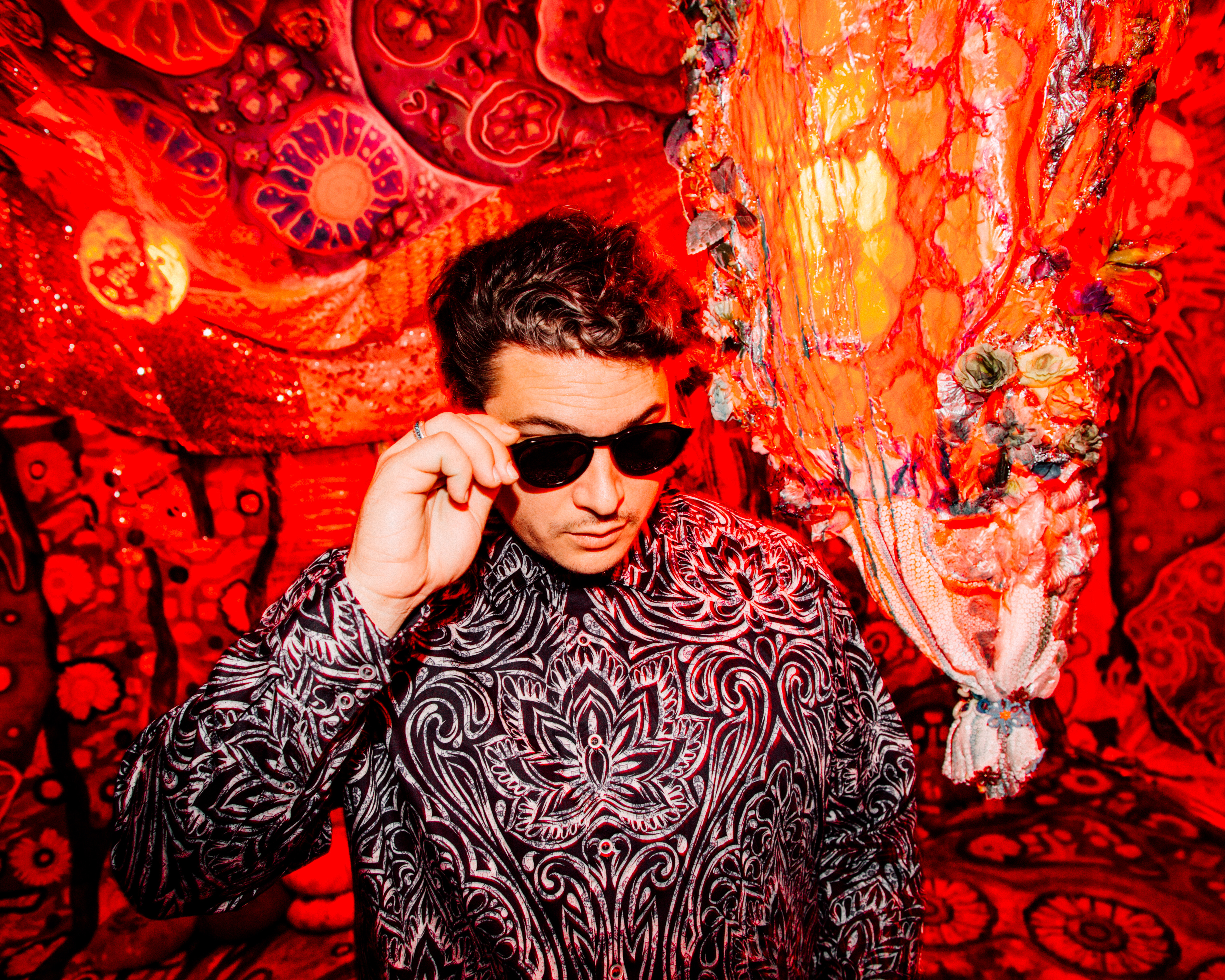 Beyond The Wall is a culmination of the sound Marbs has been working toward in both his productions and for Desert Hearts Black as a whole. The EP as a whole is imbued with psychedelic influence and the gritty, melodic soundscapes he’s been partial to throughout his career. Its title track, for example, shows off Marbs’ adventurous side, featuring his own tripped-out vocal bits. Driving and dark, “Beyond The Wall” takes listeners down a shadowy road filled with growling synthesizers, creeping melodies, and a pulsating bassline. Marbs says:

"Beyond the Wall’ is a metaphor for us getting past our ‘walls’, masks, layers … peeling back the onion if you will. It has been a theme for me during quarantine. It’s been a time of reflection."

Marbs is largely influenced by both psychedelics, and psychedelic rock. Here he selects a playlist of major influences.

"This song is one of my all-time favourite psychedelic rock tracks. It without question takes you on a journey every time you listen to it, with amazingly interesting shifts throughout the track. I fell in love with this song even further when I saw the "Pink Floyd: Live at Pompeii" video showing the band in the ruins, rolling around in the dirt playing these immensely forward-thinking songs. I think still to this day it influences listeners to dig deeper into their musical experiences."

Pixies – Where is My Mind

"I've loved this song since I was a young teen. It always struck a chord with me and I think anyone who listens to it would agree that it has a psychedelic complexity to the lyrics and sound that's undeniable. I don't think there's a week that goes by that I don't listen to this track."

Radiohead – Everything In Its Right Place

"Mind-bending and quintessentially psychedelic, this song always takes me back to Damian Lazarus' sunrise on Robot Heart at Burning Man in 2013. Everyone sat down on the playa as the sun rose over the pastel mountains. It was glorious. I've always loved this song, but that moment is forever ingrained in my mind and has influenced me not only in production but also in creating moments on dancefloors. It's very special to me."

"I love it when music can be simple but also have complexity. The Acid has always made me feel this way. It's the same vocalist as Ry X and Howling; his talent is immense. It's psychedelic, clean, gritty, straight to the point with no filler. everything is placed exactly where it needs to be with no BS in between. That's inspiring all in itself, let alone how beautiful the music is. It's inspired me to focus on making better sounds in my productions instead of filling it with a ton of 'stuff.'"

"What can I possibly say about this track? It's genre-bending, incredibly forward-thinking, fun, glitchy, trippy, and even has a hint of darkness in it. Everything Aphex Twin touches is inspiring and psychedelic."

"I absolutely love everything LCD does. I could have put "Dance Yrslf Clean," or "You Wanted a Hit," or "Losing my Edge," or a ton of others … but something about this track off their newest album really encompasses what I love about this music. It makes your mind travel, it paints a picture and lures you into the experience that James Murphy so intricately sings about, and above all it leaves you wondering. I try to approach my own projects with this same mentality and I still have a lot to learn, but music like this keeps me reaching."

Portishead – Only You (LIVE Version)

"Haunting, hypnotizing, and genre-bending; this track takes your head on a trip, as does most of their music. With a touch of hip hop, this music grabs my heart in so many ways. I grew up loving underground rap. To combine psychedelic music with some trip-hop experimentalism, and a sprinkle of jazzy weightedness … it's just so amazing. I love getting lost in their catalog, especially at the after-after party."

"The initial quote is taken from a Bill Hicks comedy bit talking about how drugs and psychedelics influence the art and music we love to a point where it wouldn't even exist without it. It sets the tone for the track as the band takes you into a sonic wormhole. I've been listening to this song, and a lot of Tool, since I was 13. It was actually the second concert I ever went to, during their Lateralus tour. Their influence on me has been immeasurable and this track is at the center of the love I have for their music."

"This group is so inspiring to me. A lot of their lyrics are from their own made-up language influenced by Icelandic. That alone is inspiring. Creating feelings and emotion through what sounds like words but acts as pure sonics with no verbal meaning is mind-bending and psychedelic by itself. Then you actually listen to the music, it's so momentous and emotionally grabbing that it's hard to not feel something from it even if you don't understand what it's saying. To me that's what music is all about. It has to make you feel something and Sigur Rós nails that for me."

Marbs – Beyond the Wall (Original Mix)

"To end the playlist I included the lead track to my EP, Beyond the Wall, because at this moment in time it's the most recent accumulation of my influences. I added some little mumbling voice samples of myself to give it a sprinkle of hip hop, along with an undoubtable heaviness to pay ode to the heavier rock sounds I love like Tool, as well as some more melodic techno-driven elements to anchor it to the sound that I've been playing frequently in the late hours of the night. The vocals later on in the track describe a psychedelic experience I had during quarantine."