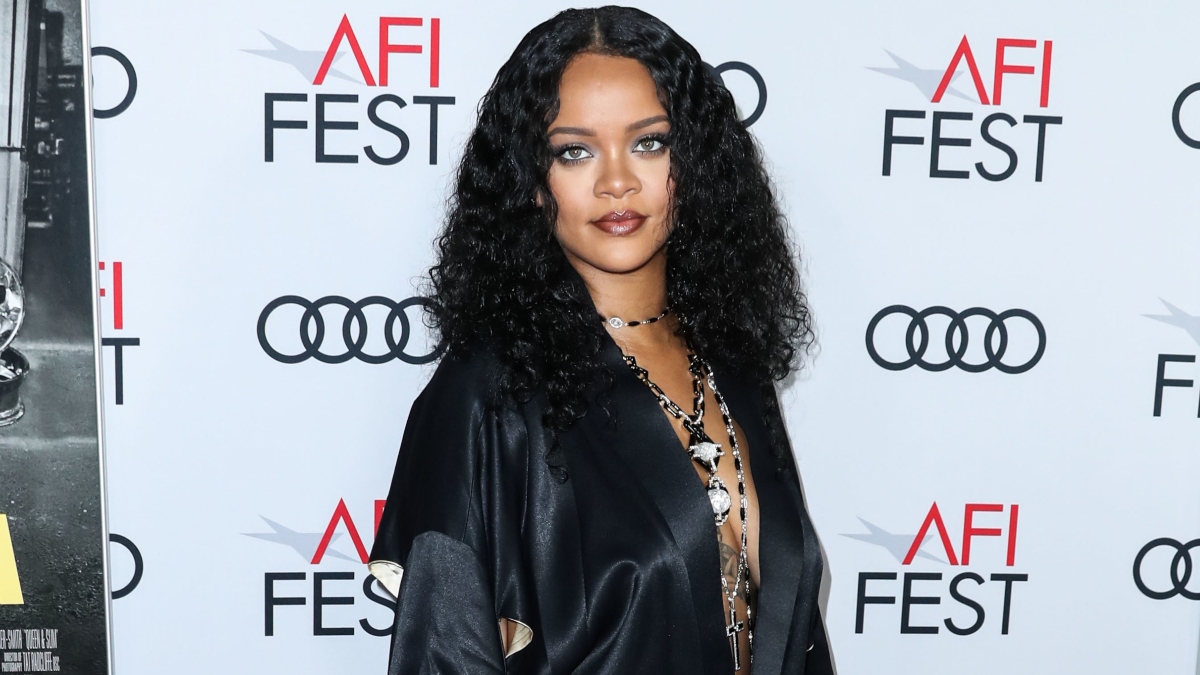 A Rihanna tweet about Big Brother All-Stars was making its way around social media this week.

In the tweet, Rihanna purportedly was showing her support for Da’Vonne Rogers, who wound up on the block as a nominee for Memphis Garrett.

It has had a lot of people debating the validity of the tweet, it has led to a lot of conversations about whether or not Rihanna actually watches the show, and it continues to help spread buzz for the summer 2020 season of the show.

So did Rihanna really share that message on Twitter? Or was it just something created by one of Da’Vonne’s fans? Let’s take a look.

Below is an image of the message that had been shared on Twitter. Note that it is an image and not actually a message itself.

On the message, Rihanna is shown stating, “It’s 3 AM and I’m crying at the Big Brother clip I just watched about me. I’ll make a deal. If y’all vote Da’Vonne for the Americas Favorite thing, I’ll speed up the album process. Deal?” 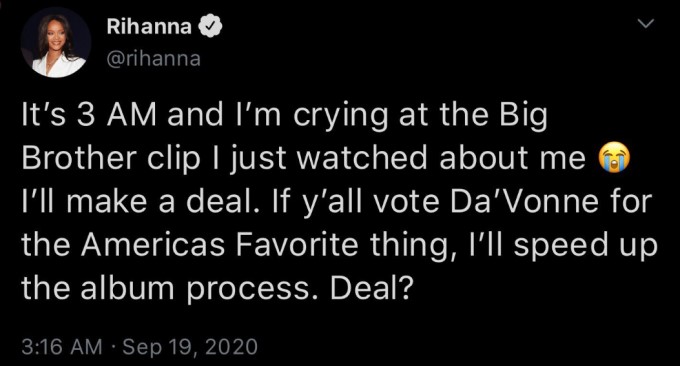 The message itself is a reference to Da’Vonne speaking about Rihanna on the Big Brother live feeds. Da’Vonne has already done it several times this summer and it has caught the eyes of a lot of fans.

Below is a video from the feeds where Da’Vonne asks about Rihanna’s new album.

Since mid-August, Rihanna has only posted three times to her account. Two of the posts were about people getting out to vote and the third one is a video promo for a project she has on Prime. That video is shared below:

While we can’t speak to whether or not Rihanna watches Big Brother or even knows who Da’Vonne Rogers is, we are very confident that this Twitter message did not come from her account. It’s just fans of the show taking the lead from Da’Vonne speaking about Rihanna on the live feeds.

Big Brother spoilers about Da’Vonne on the show

A lot has been taking place in the house over the past few days and we have a summary of the Big Brother spoilers. It addresses Da’Vonne and if she was able to save herself from the block this week.

Additionally, some fans may not know that an earthquake hit the Big Brother house. Everyone is safe, but it has not been mentioned on one of the CBS episodes yet.