Doctor Who fans can immerse themselves in the world of magic and surprise whenever they like now the entire boxsets are available to watch on BBC. But amid all the sci-fi brilliance, some scenes just don’t make the cut, no matter how epic and important they may be.

And one standout clip during the Matt Smith era almost met the same fate.

An exchange between the 11th Doctor and his loyal sidekick Amy Pond (Karen Gillan) changed the course of their story together, creating a “unique” moment for fans everywhere.

The Doctor first meets Amy, formerly known as Amelia, when she is seven-years-old and is disturbed by a crack in her wall.

He promises to return in five minutes to whisk her away in the TARDIS, but accidentally arrives twelve years later. 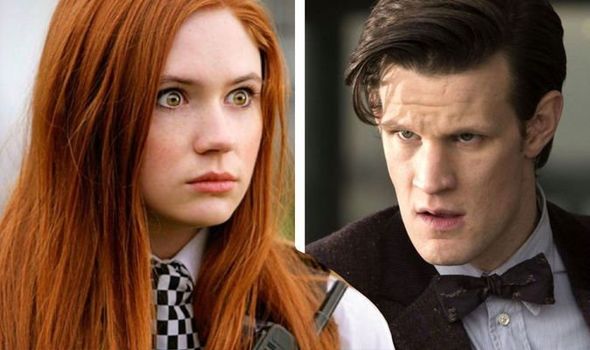 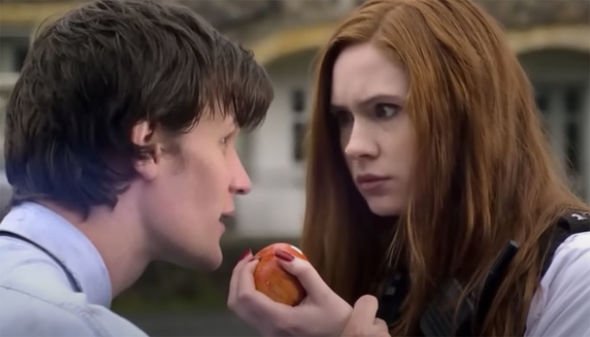 Of course Amy has since grown up, and looks back on their conversation believing it was all in her imagination.

Sceptical about his reappearance in her life, the almost deleted scene sees Amy finally accept The Doctor is real and that the Earth is in grave danger.

She starts to believe in him as a real hero, rather than as her imaginary friend but it almost never happened.

Screenwriter Steven Moffat recorded another version of the episode without the scene in, to trial with viewers. 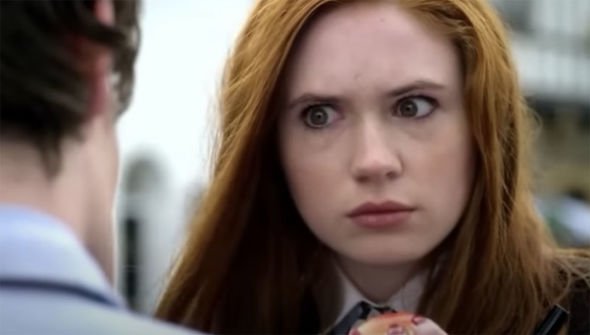 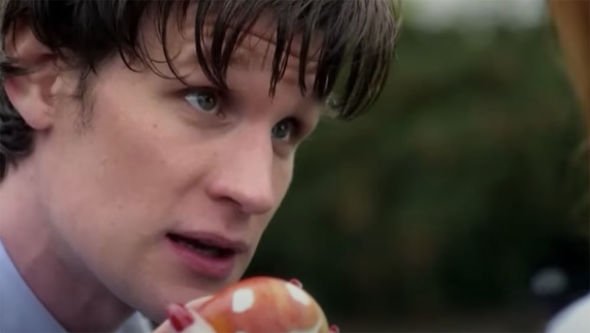 But the magic of that moment reigned triumphant and the standout scene got its time to shine after all.

The TV writer previously explained his reasoning behind wanting to cut it and ultimately it was down to similarities with a previous scene.

In the Whoniverse, nothing’s ever the same and Moffat appeared to be worried that fans would have repeat emotions.

Instead of cutting what’s come to be known as the “apple scene”, Moffat decided to bin the earlier dialogue so that viewers could revel in the “unique” moment.

Contrary to Amy’s heartfelt revelation about The Doctor being added back into the episode, another scene detrimental to her introduction to the story was cut for good.

In the episode Prisoner Zero, which focuses on a shape-shifting villain who escapes from jail through the crack in Amy’s bedroom wall, wreaks havoc on the peaceful village of Leadworth and it’s down to The Doctor to contain the escapee.

But we never learnt how and why the prisoner came to be detained in the first place.

Moffat revealed he got rid of the explanation because “no one would care” about his back story.

And he might be right as it hasn’t been questioned since.

But during his Eleventh Hour Commentary, the screenwriter hinted that it was something to do with invading another planet by “impersonating an army”.

Doctor Who is available to watch on BBC iPlayer now.