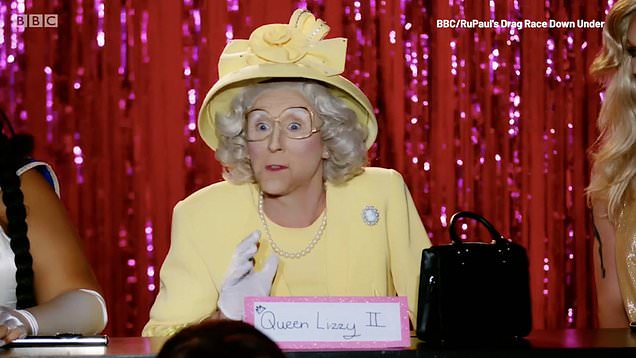 A RuPaul’s Drag Race Down Under star may be looking over their shoulder for the forseeable future after joking the Royal Family was probably going to ‘take them out’ following some very pearl-grabbing quips about Prince Andrew and Princess Diana.

Anita Wigl’it absolutely slayed during a memorable snatch game on the second episode of the Australian version of the series, getting into character as Queen Elizabeth II.

The costume was on point in itself, but the jokes, well, they were something else.

From a quip about Prince Andrew ‘texting 16-year-olds’ to the drag queen’s take on what advice she gave Meghan Markle (‘don’t piss me off and wear a seatbelt’, referencing the death of Princess Diana in 1997) Anita didn’t hold back.

Reacting to the support they received following the episode, Anita – whose real name is Nick Kennedy-Hall – said on Instagram: ‘I was pretty happy with the results.

‘It has been the biggest blow-up of all time in my life. I’ve got so many messages and they’ve all been so beautiful and positive.’

But they’re under no illusion their joke may have hit a raw nerve with some, adding with a laugh: ‘I’ll probably be dead soon because the Royal Family is definitely going to take me out after that one.

That is going above and beyond for the craft, we tell you.

Anita – who is one of the best known queens of the season, having hosted the TVNZ show House of Drag, as well as the monthly comedy show Drag Wars – had fans clasping their wigs as she shared a snippet of her Queen with Ru before getting into character. 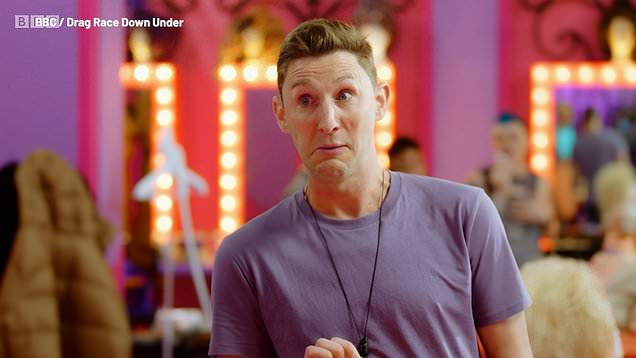 Clearly Anita wanted to take it one step further as she mused, when asked about judge Rhys Nicholson later in the episode: ‘Rhys reminds me of my grandson, not the one with the receding hairline… 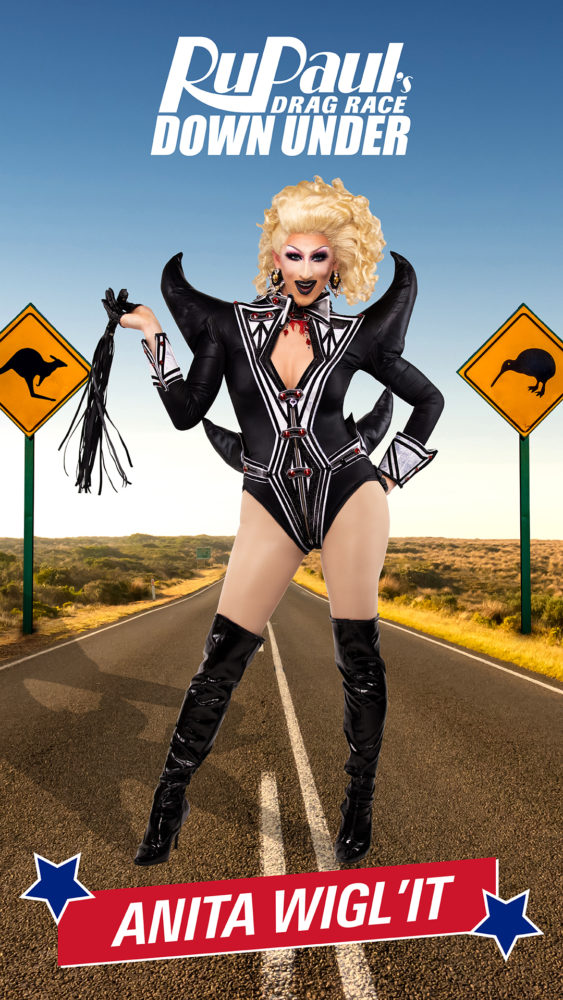 ‘Meghan called me the other day and asked me, “Lizzy, what’s the secret to a long life?”

‘To which I said “Don’t piss me off and wear a seatbelt.”‘

Viewers reacted in absolute shock, as one wrote on Twitter: ‘The seatbelt joke from Anita made me gasp and clutch my pearls…before laughing hysterically.’

Echoing those same sentiments, one said the joke ‘is honestly one of the darkest jokes we’ve ever heard on Drag Race? Not mad at it.’

Rupaul’s Drag Race Down Under is available to watch on BBC iPlayer.