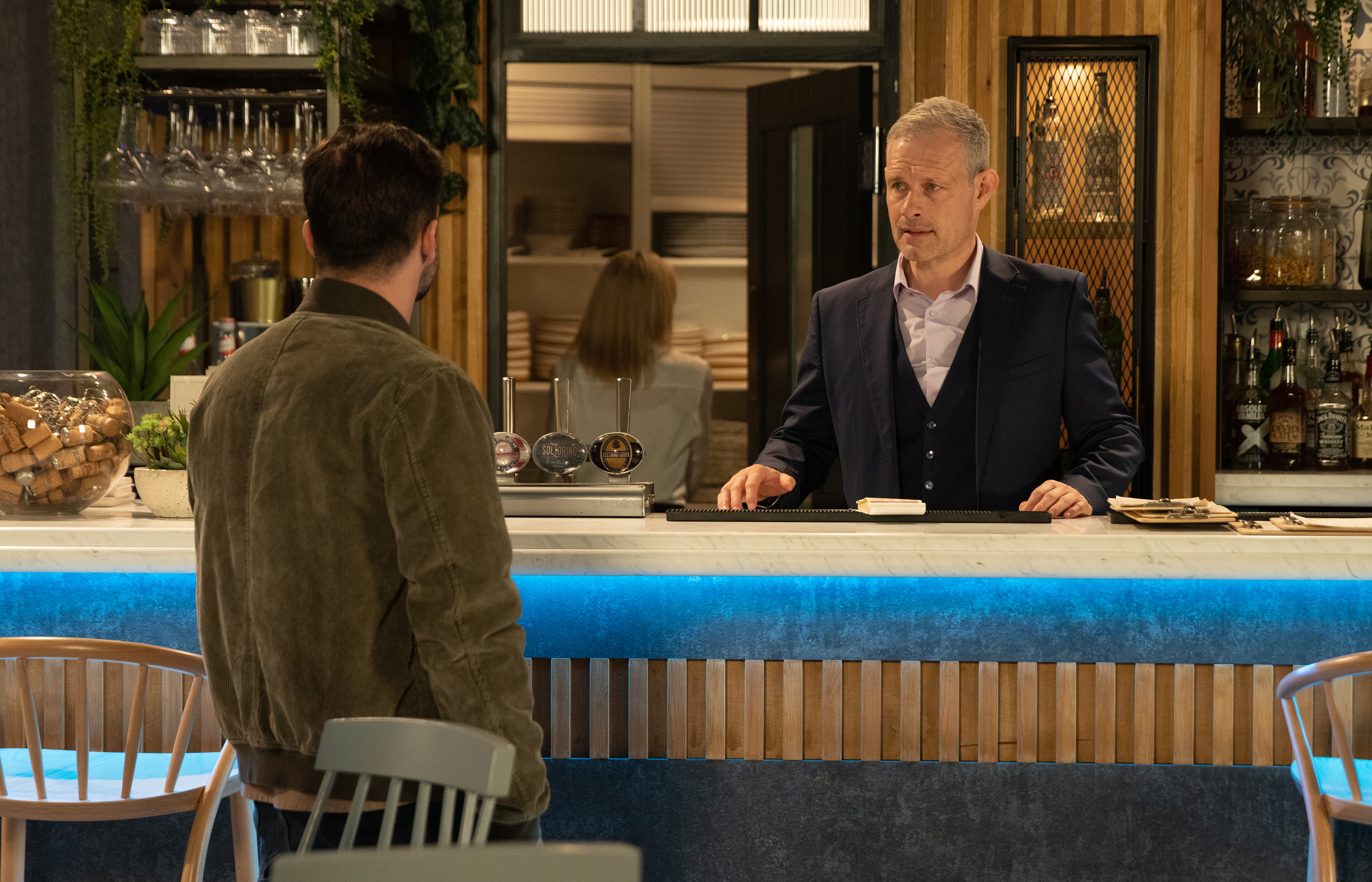 Leanne is angry when Jacob (Jack James Ryan) fails to show up for work, not realising that Jacob is staying away in order to protect Amy (Elle Mulvaney) after her life was threatened by his father, Damon.

Leanne’s mood is not improved when Amy reveals that Jacob has left Weatherfield and they’ve broken up because he went back to dealing drugs. Simon (Alex Bain) thinks that Amy has had a lucky escape.

Meanwhile, Damon wants to put the bistro on the map and says they should all come up with some fresh ideas to improve business. While Leanne is fully behind the plan, Nick is wary.

His concern deepens when Ryan (Ryan Prescott) reveals that a mate of his in Ibiza knows that Damon is a notorious drug dealer and that he’s also a violent man. Ryan’s mate says he once put a rival club owner in hospital.

Troubled by the thought that the bistro may be being used to deal drugs, Nick knows he has to say something to Damon.

He says he won’t allow drugs in the bistro – but Damon makes it absolutely clear that this is not Nick’s decision to make. He says that unless Nick keeps quiet, Leanne will soon find out where the money for the bistro came from.

And knowing that Nick had sold his soul to Harvey Gaskell (Will Mellor) would not go down well with Leanne at all.