Home » TV & Movies » Duggar Family Followers Are Convinced That 'Counting On' Is Being Cancelled: 3 Hints They Believe Mark the End of an Era

Duggar Family Followers Are Convinced That 'Counting On' Is Being Cancelled: 3 Hints They Believe Mark the End of an Era

Leaked news of Jedidiah Duggar’s upcoming wedding shocked Counting On fans. Not only are they questioning the quick run to the altar, but family followers have begun to question why TLC, the network the hosts the family’s show, hasn’t made a statement about it. The lack of official announcement has led some critics to theorize that the reality TV show is on the chopping block. To be fair, Jed’s wedding isn’t the only reason critics think the show is getting the ax. Family followers have pinpointed three clues that the Duggar family’s time on TLC is coming to an end. Does it really spell doom for the Duggars’ relationship with TLC, though?

Jedidiah’s upcoming nuptials might be the latest snub by TLC, but it isn’t the first. Duggar family followers quickly pointed out that the network has been suspiciously quiet about other big news coming out of the Duggar family’s Springdale, Arkansas home, too. First, the network didn’t so much as mention Justin Duggar and Claire Spivey’s wedding. Counting On dedicated part of an episode to their courtship, yet, they didn’t mention the wedding.

Now, it looks like the network is going to stay quiet on Jedidiah’s wedding, too. While some fans think that means TLC is pulling the long-running series from its lineup, there are plenty of other explanations, also. The network did acknowledge Jessa Duggar’s baby news on its official Instagram page. Since TLC acknowledged Jessa and her husband, Ben Seewald, It seems possible that Justin and Claire and Jedidiah and his alleged bride just don’t want to be involved in the show.

The missing acknowledgments are not the only hint that the Duggar family could be leaving TLC. Critics point to an updated website as proof. Until recently, the Duggar family had pretty much abandoned their website. The updated website could be the family’s attempt to seamlessly transition from TLC to their own media empire, argue some family followers. In the age of social media, they technically don’t need the family’s television show to be successful. Their own social media followings, in most cases, would be enough to make a living.

While some critics are convinced the show is over, others aren’t so sure. One family follower suggested the updated website could be an attempt to capitalize on something big coming down the pike. Rumors have been swirling that eldest daughter, Jana Duggar, is finally in a courtship. If the stories are true this time, it would be a major event for TLC and the Duggar family. Jana’s singledom has been the source of much speculation over the years. Jana turned 31 in January 2021.

If TLC is about to cancel Counting On, the Duggar ladies are, at the very least, being proactive. In the last 12 months, several industrious Duggars have started to migrate to YouTube to upload their content. Jessa Duggar, Jill Duggar, and Joy-Anna Duggar all have active YouTube accounts with varying subscriber counts. Jill and Joy’s YouTube channels aren’t all that surprising. Both Duggar ladies have chosen to step away from Counting On. Jessa, however, is still a full-time participant on the show. 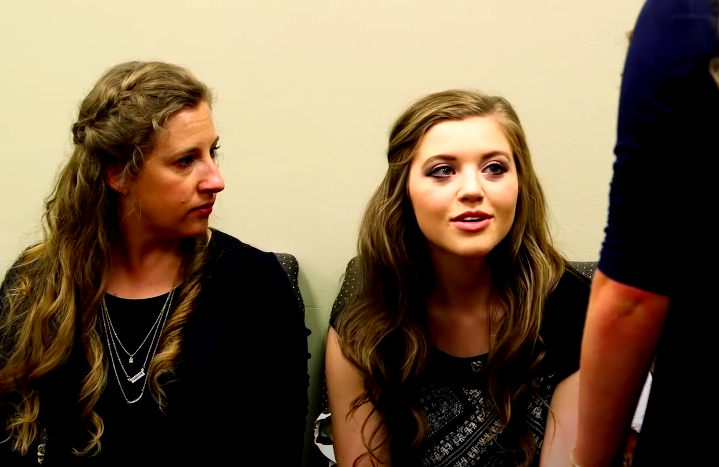 In the last several months, Jessa has really stepped up her uploading schedule, too. That decision has led many fans to assume Jessa is gearing up for the day that Counting On ends. She’s actually in a good position to make her own money. Jessa currently has 141,000 subscribers. According to Social Blade, her subscriber count continues to grow, and she could be earning up to $2,500 per month from the platform.

Is Counting On canceled?

So, is the series canceled, or will it return to TLC’s lineup for at least another year? As of print time, TLC has made no official announcement about the fate of Counting On. That doesn’t mean it won’t be returning, though. In years past, TLC has waited until just a few weeks before a premiere to announce the return of its most famous shows.

Counting On premiered its most recent season on July 7, 2020, and wrapped the season on September 22, 2020. Since TLC likes to wait to announce premieres, fans likely won’t get word about the show’s return until May or June 2021. Until then, the show’s fate is anyone’s guess.