Ash Panesar (Gurlaine Kaur Garcha) has faced a difficult few weeks on the BBC soap, having had a hearing to decide whether she can continue with her career as a doctor and battling a constant rocky relationship with her mother Suki Panesar (Balvinder Sopal). Thankfully, Peter Beale (Ben Hardy) has been on hand to cheer up, with the two recently becoming closer romantically. But EastEnders viewers have suggested the young couple might end up a bit further on in the relationship than they’d planned, with Ash potentially falling pregnant. Gurlaine hinted Ash could face some tough decisions and maybe outcast from her family as a result.

“Will she approach it differently? And also, I think she’s been so scarred by her mum and she is so scared of being the same kind of mother.

Matriarch Suki certainly takes her position of head of the household seriously, constantly getting involved in the lives of her children Ash, Kheerat, Jags and Vinny. 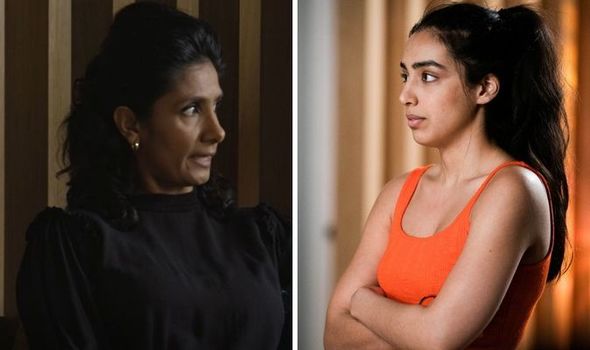 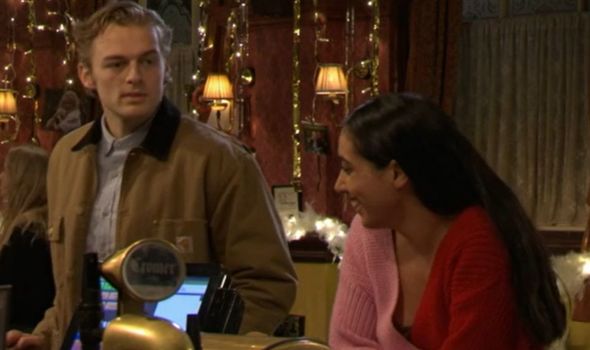 She already disapproves of Ash and Peter’s relationship, and for good reason. Suki and Peter, unbeknownst to her daughter, had a brief fling which saw the two having a one-night stand earlier in the year.

Since Ash and Peter have been getting closer, the Panesar matriarch hasn’t been shy about her disapproval.

Ash had finally had enough of her mothers comments and in an episode that aired last week, she yelled at Suki, accusing her of being “a nobody.”

But if Ash becomes pregnant, it’s obvious she will turn to her mum for support and with so much going on, this revelation may be the final nail in the coffin for Suki in terms of her relationship with her daughter. 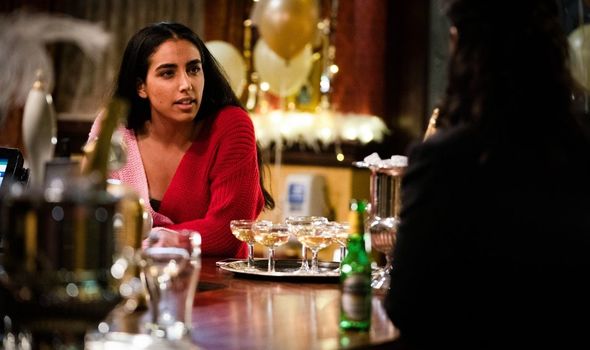 With tensions undoubtedly increasing between the two, will Suki use this as an excuse to come clean about her and Peter’s fling?

If so, this could see Ash face her pregnancy alone, without her family’s support and betrayed by Peter, what might she do?

Gurlaine added: “That’d be really interesting to see actually what the decision is [about the pregnancy] and, you know, she might find out at a time, it’s too late.

“And then what does she do if she’s got to keep the kid? Can she deal with that family? It will be interesting to see how she feels about that and how her family feel as well if it was to happen.”

Her family would certainly have an opinion, but it seems likely they could turn their back on her.

A desperate Ash, if abandoned by her family, may be forced to make some tough decisions about her future.

Despite establishing themselves as a strong family and keen members of the community, mystery surrounds their past and the story of Mr Panesar.

Viewers know he is currently in jail, but don’t know the details as to why. Gurlaine said that Ash is very close to her dad, with him being “everything she doesn’t have in a mother”, so could her pregnancy see her turning to her dad once he’s released?

The storyline could spark an interesting introduction to the mysterious Mr Panesar, a character who viewers will certainly be dying to know more about.

Gurlaine also speculated about Ash’s reaction to Peter and Suki’s affair. She said: “And when she does [find out] you know she’s going to be heartbroken.

“Because I think she’s found something that she really enjoys and is really, really nice and it’s going to be interesting to see how that comes out, and whether she rises from it you know.”

The actress then said that viewers could see a new side to Ash, who is usually much calmer and more rational than her mother.

No matter what comes out first, the upcoming scenes for the family are bound to be explosive ones, and Mr Panesar’s introduction seems to be edging closer.

EastEnders continues tomorrow at 7.30pm on BBC One.