EastEnders resident Louise Mitchell (played by Tilly Keeper) reached breaking point tonight, unable to cope with her guilty secret and baby Peggy being a constant reminder of Keanu Taylor’s (Danny Walter) fate. Those watching at home saw the young mother consider suffocating her daughter, but luckily, Lisa Fowler (Lucy Benjamin) stopped her just in time. Will she end up abandoning Peggy in a desperate attempt to escape her nightmare?

Before the iconic ‘duff duff’ played out, Louise was seen reaching her tether as Peggy cried out for her.

“Please just for one minute, please stop crying!” Louise begged her baby through tears of her own. “This is on purpose isn’t it – you know I’m a bad mum, you can sense it!”

The scene cut to Lisa who was on her way to see Louise when she heard the screaming from inside the house. 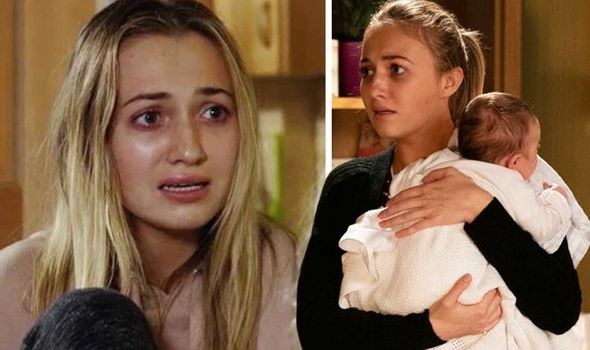 Unable to cope further, Louise buried her face in the pillow on her lap before a light bulb moment occurred and she thought about a sinister way to stop Peggy from crying.

As she inched closer to the baby, Lisa ran in screaming “no” and grabbing the pillow out of Louise’s arms.

In an utter stake of shock Louise fell to the floor, sobbing and apologising for what nearly happened.

“We’ll ring the doctors, make you an appointment,” Lisa coaxed. 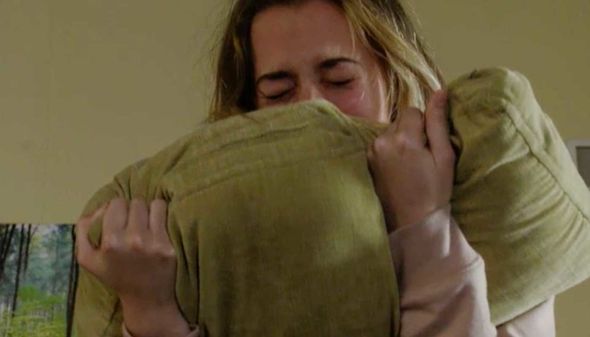 “You need to talk to somebody darling, take it from somebody who knows.

“You’re surrounded by people, none of this is your fault. You’ve got family, friends, if you’re struggling – you’ve got help,” her mother continued.

“Do you realise what you could’ve done to her?” Lisa sternly asked. “You’d have spent the rest of your life regretting it.

“Are you listening to me? I’m being serious Lou – you could’ve killed your baby.” 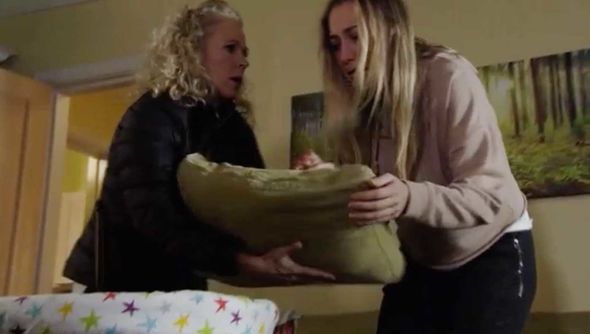 “Like we killed him?” Louise whimpered and her mother asked: “What did you say?”

“Keanu’s dead mum. We killed him, and it’s all my fault,” the teenager explained.

It comes after Louise told several people she wasn’t coping with keeping the secret and looking after Peggy independently.

Earlier in the episode, she told brother Ben Mitchell (Max Bowden), but he brushed off her confession. 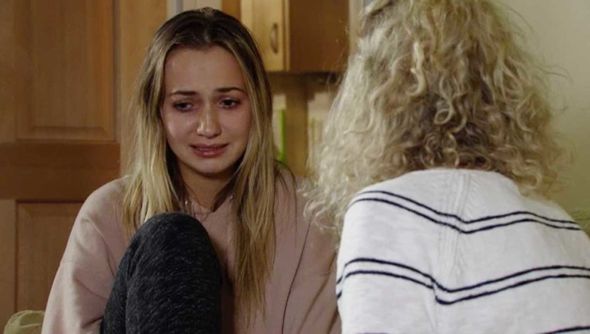 Martin Fowler (James Bye) also spotted worrying signs of Louise struggling and told his daughter Bex (Jasmine Armfield), who is also a friend of Louise’s to keep a close eye on her.

But how is Lisa going to react to the news about Keanu and to Louise’s behaviour?

Will she disregard her daughter’s omission and suggest she needs to seek help for her own welfare and mental stability?

EastEnders returns tomorrow at 7.30pm on BBC One.