EastEnders favourite Whitney Dean (played by Shona McGarty) was arrested last month after admitting she had stabbed her ex-lover Leo King (Tom Wells) and quickly ended up in prison. As she continues to be aided by Gray Atkins (Toby-Alexander Smith), will the duo embark on a secret romance as they continue to become closer?

Last year, Whitney was jilted at the altar by her soon-to-be husband, Callum Highway (Tony Clay), after he admitted his feelings for Ben Mitchell (Max Bowden.

Whitney decided to honeymoon solo and soon enough, love was in the air for the unlucky romantic, in the form of mysterious Leo.

It wasn’t long before she realised not all was as it seemed and her sister Tiffany Butcher (Maisie Smith) altered her to Leo’s true identity.

He was the son of Tony King (Chris Coghill) who abused Whitney as a teenager and later took his own life in prison.

Leo had hunted down Whitney to seek revenge as he soon turned stalker after Whitney realised his true motives. 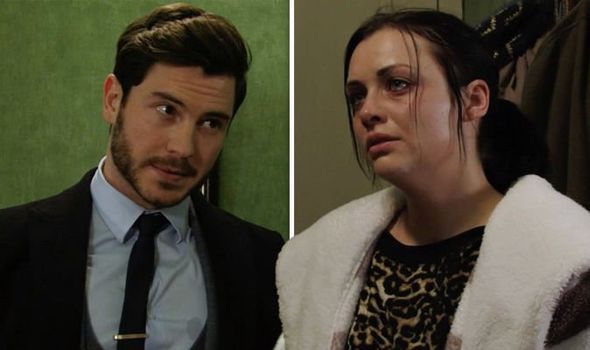 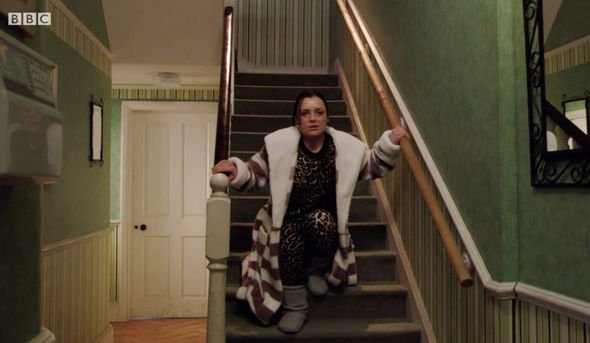 Things reached a harrowing end when he vowed to kill her and came to the Fowler household armed with a knife.

After admitting what she had done to the police, she was soon arrested for murder and locked up in prison after being refused bail before her trial.

Against all the odds, Whitney’s solicitor Gray managed to persuade the courts into giving Whitney bail.

She has now got nine weeks until her official trial for her supposed crimes but it’s clear she’s already struggling with the realities of being back in the Square.

However, could she find a new source of comfort as she was spotted getting closer to Gray? 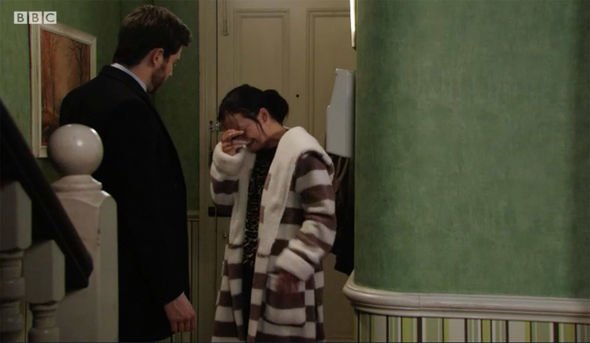 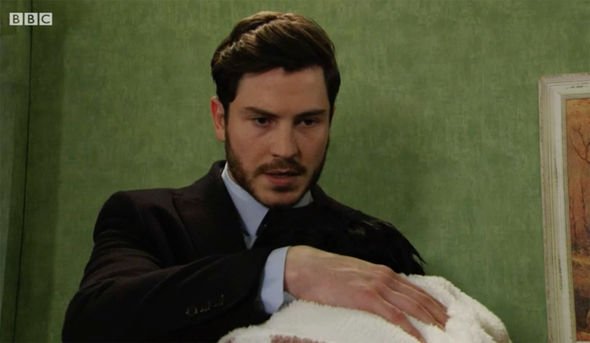 In last night’s instalment, Gray turned up at Whitney’s doorstep as the latter remained afraid to open the door or leave the house.

After reluctantly leaving her room, Gray asked her: “Are you okay? I just wanted to let you know I got through to the office for a possible date for your trial – nine weeks.

“You know, you wouldn’t be the first person to find it hard being back,” Gray reassured her.

Whitney hit back, saying: “Bet I’m the first one who can’t lie on her bed without thinking creeps up there are watching her sleep. This is my home and after everything did to be here, I should feel safe.”

Whitney became increasingly angry, telling him: “You don’t know nothing, you haven’t got a clue. I shouldn’t be scared to be in my home.”

Becoming tearful, Whitney used Gray as a shoulder to cry on as he comforted her in his arms and now fans of the BBC soap are convinced the pair will have an affair.

Taking to Twitter to discourage the move, one fan wrote: “You can tell Whitney is already starting to idolise Gray, calling him a hero and thinking that he’s rescued her… it doesn’t look good #Eastenders.”

Another added: “I have a suspicion that Gray & Whitney are going to have an affair/one night thing #Eastenders.”

“Gray and Whitney are getting way too close #EastEnders,” noted a third.

“Please don’t let Gray & Whitney have an affair. Whitney needs to stay single after everything she’s been through #EastEnders xx,” commented a fifth.

Will Whitney and Gray end up in each other’s arms behind Chantelle Atkins’ (Jessica Plummer) back as they both struggle to deal with the stress of the looming trial?

EastEnders continues on Monday at 8pm on BBC One.

Joe Biden announced in texts to supporters and on Twitter that at long last he has chosen California Senator Kamala Harris as his vice presidential pick. “I have the great honor to announce that I’ve picked @KamalaHarris — a fearless fighter for the little guy, and one of the country’s finest public servants — as my running mate,” he tweeted.

END_OF_DOCUMENT_TOKEN_TO_BE_REPLACED

We will use your email address only for sending you newsletters. Please see our Privacy Notice for details of your data protection rights. Rowan Atkinson, 65, has signed a letter alongside actress Elaine C Smith and writers Chris Brookmyre and Val McDermid against the SNP’s Hate Crime and Public Order Bill. The group has concerns about its impact in relation to “stirring

END_OF_DOCUMENT_TOKEN_TO_BE_REPLACED

For Apple TV+ drama The Morning Show, Angus Wall and Hazel Baird designed a main title sequence that was at once visually abstract and thematically rich, speaking to the various challenging facets of life in the high-pressure world of morning news. Created by Jay Carson and Kerry Ehrin, the series centers on a popular breakfast news program broadcast out of

The Weeknd, Maluma and More to Perform at the 2020 MTV Video Music Awards

08/11/2020
Recent Posts
We and our partners use cookies on this site to improve our service, perform analytics, personalize advertising, measure advertising performance, and remember website preferences.Ok