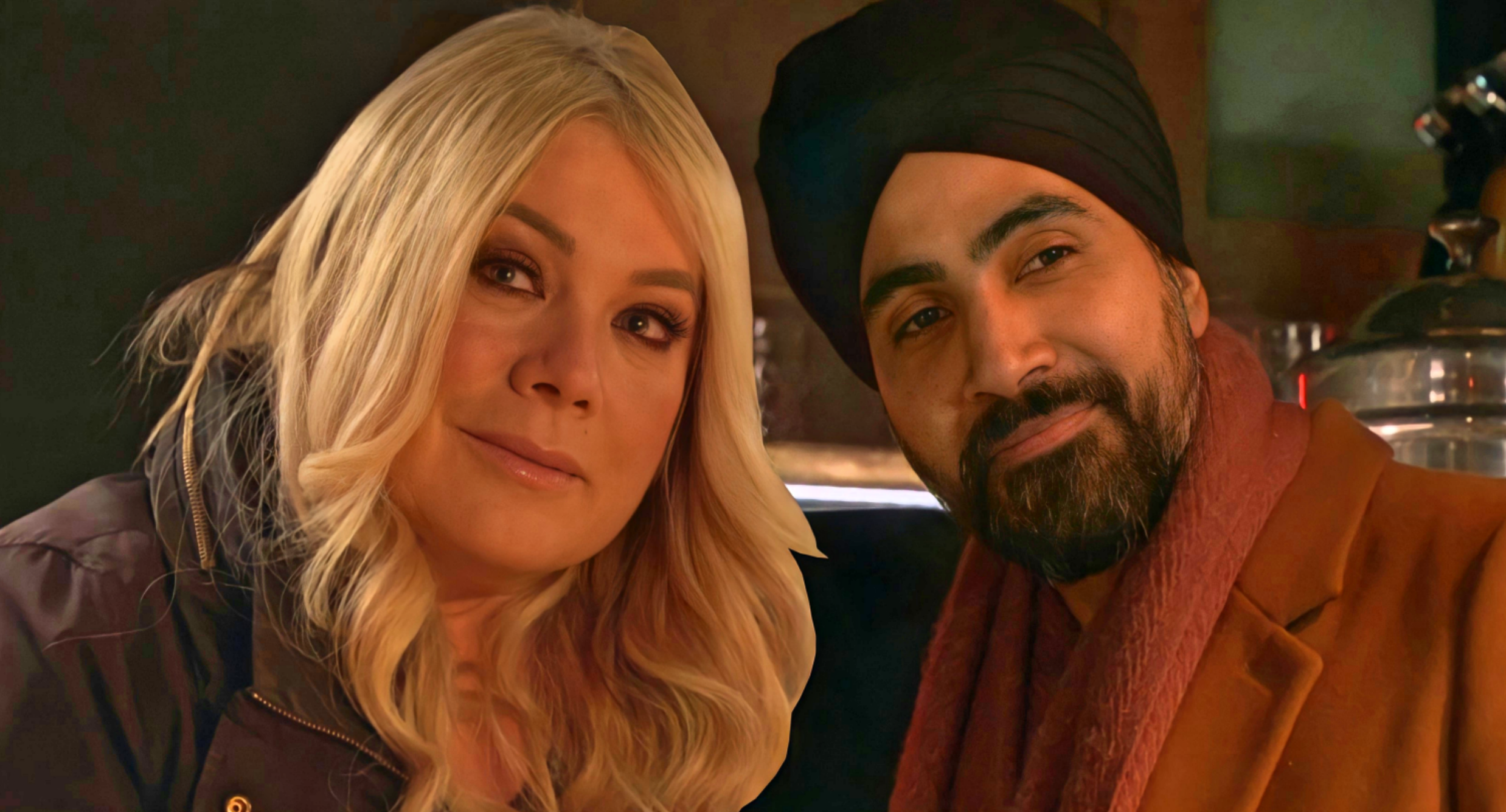 Sharon Watts (Letitia Dean) has fallen for Kheerat Panesar’s (Jaz Deol) charm in EastEnders, and it’s come as quite a surprise to many viewers.

Early scenes with these two characters saw Kheerat flirt with Sharon when he offered to help her with a delivery.

Kheerat and Sharon is certainly an unlikely pairing and actor Jaz Deol has given his reaction to this new romance storyline:

‘I’ll be honest I wasn’t sure at first’ he explained.

‘But as I worked on the material, I started to understand why. It became even easier once I started working with Letitia too. She’s great to work with and in a way, the reservation played into those scenes, sometimes in life you’re drawn to people without knowing or really understanding why.’

Viewers will remember Kheerat fell in love with Chantelle (Jessica Plummer) last year. Kheerat became the only person Chantelle could trust and even told him about how unhappy she was in her marriage with Gray (Toby-Alexander Smith).

Chantelle told Kheerat about her plans to run away but he was too late when trying to save Chantelle from Gray as the abusive husband killed his wife.

Kheerat found things incredibly difficult after Chantelle’s death, and even tried to prove that Gray was responsible.

Now Kheerat is moving on and enjoying time with Sharon, Jaz has revealed quite a surprising reason as to why his character likes Sharon:

‘As I’ve worked on it more and more, I’ve got to understand how lonely and isolated he feels inside. There is a hole that is left by Chantelle’s passing.

He’s looking for a sense of completion. Someone who could be by his side and in Sharon, there are those qualities that allows him to takes his armour down.’