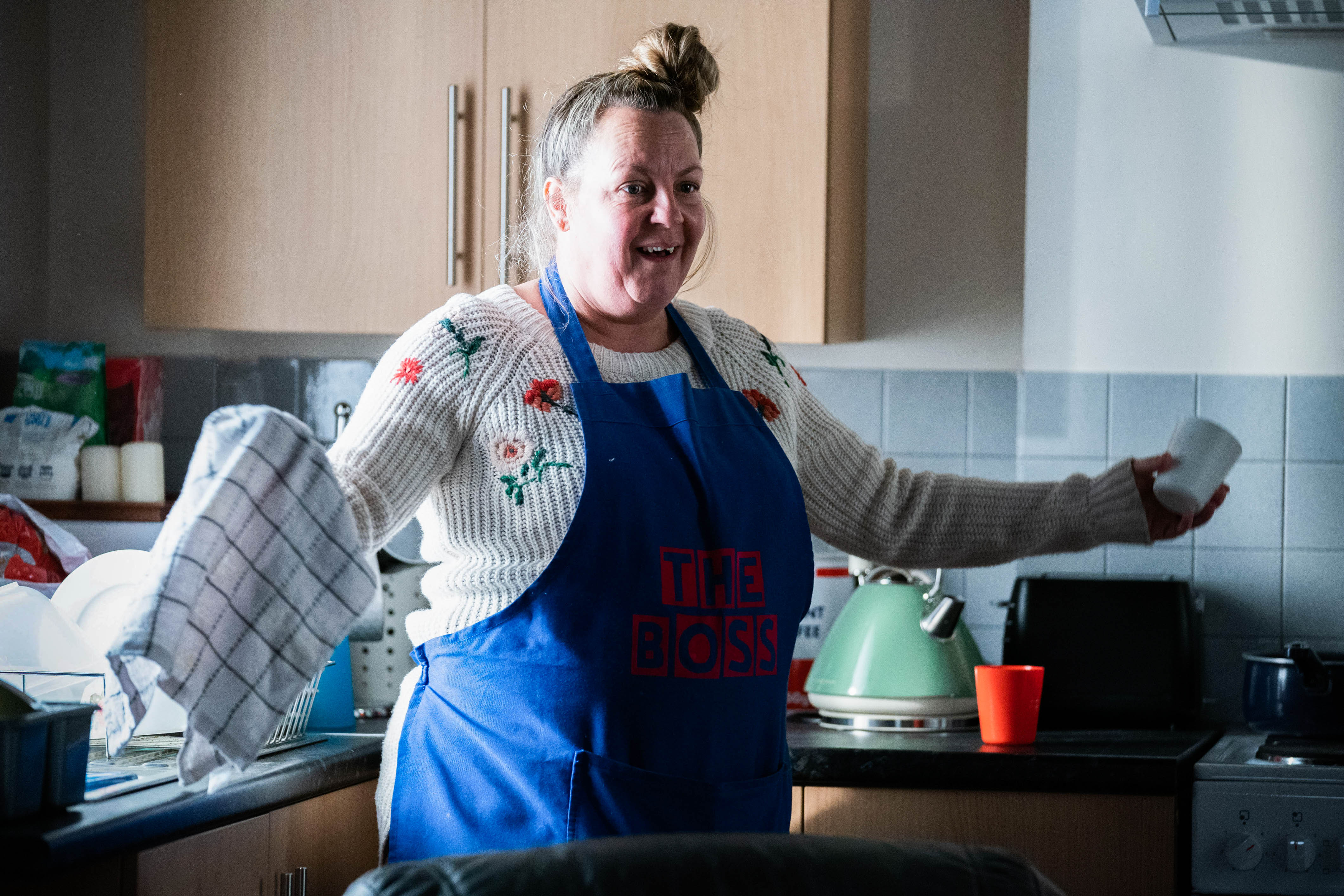 EastEnders star Lorraine Stanley is likely no stranger to being spotted in the streets by fans.

But the actress, known for playing Karen Taylor in the BBC One soap, revealed that she sometimes gets stopped by members of the public who fail to recall where they recognise her from, and ask about her claim to fame.

Lorraine, 45, has quite the answer!

‘Top shelf’ refers to the placement of pornographic magazines in shops, which are often kept on the top shelf in order to keep them out of the reach of children.

Lorraine, meanwhile, also spoke about what she would do if she stopped acting, joking that she would consider becoming a stripper.

‘If I could retrain as something I think I’d be a therapist, a counsellor or
something like that,’ she said on Drama School Dropout podcast. ‘I like helping people, so maybe I could be a carer or a therapist.

‘Or a stripper! If you’ve got it, you might as well flaunt it!’

The soap star admitted that she’s found it difficult not being able to hug her co-stars, since filming resumed on EastEnders last year amid the Covid-19 pandemic.

The long-running serial drama had been forced to shut down production in March 2020, which meant that it went off the air for three months.

Filming re-commenced the following June, and the soap returned to screens in September.

‘Oh, it’s good to be back but I’m a hugger,’ Lorraine said at the time, ‘and I’m not allowed to hug anyone, so it’s a bit difficult in that respect.