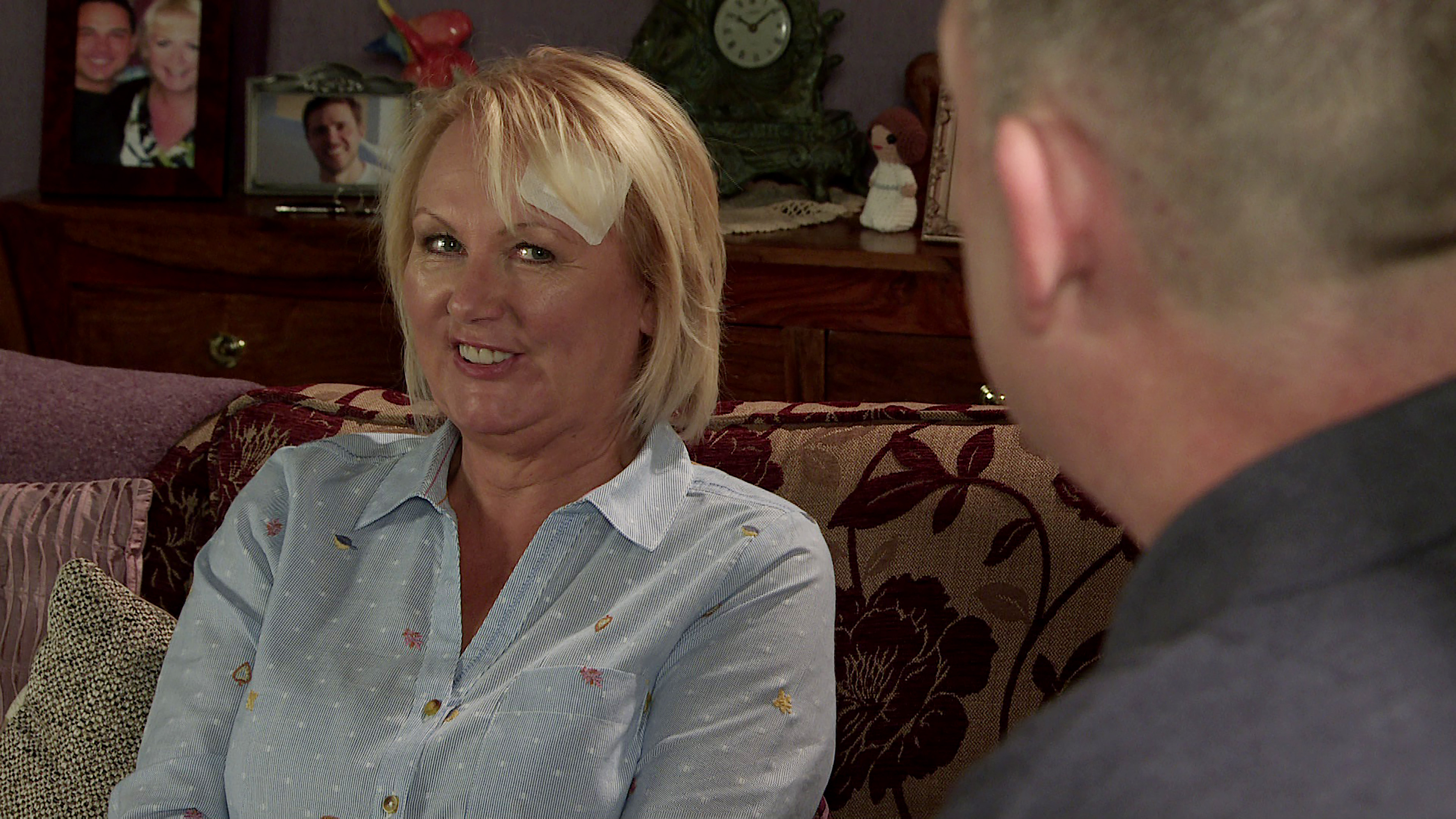 Think of Coronation Street’s Eileen Grimshaw (Sue Cleaver) and what words come to mind? How about chilled, pleasant, smiley, friendly? Calm and peaceful?

Probably not. But a life-altering incident in an upcoming episode has such an impact on Eileen that these words genuinely can, and do, apply.

It’s a Halloween miracle, and it all comes about after Eileen gets grumpy and irritated (that’s more like it) when Glenda (Jodie Prenger) takes over number 11 to carve a large pumpkin for the Rovers.

Irked that her home is being used for Glenda’s messy arts and crafts initiative, Eileen grabs the pumpkin and heads out of the door, where she collides with Gail (Helen Worth), trips over the pumpkin and knocks herself out.

And when she comes round it seems that Eileen’s personality has undergone a transformation. Gone is the old tetchy, moody Eileen, and in her place is a radiantly smiling, happy and pleasant version.

Eileen explains that when she came round after her accident she saw a ‘glimpse of heaven,’ and has felt calm and peaceful ever since. She tells George and Sean she saw a bright light, smelled something sweet (pumpkin? or Gail?) and heard strange music.

In the following days Eileen spreads joy further afield, deciding to cook up a big batch of soup for the soup kitchen.

Todd (Gareth Pierce) tells George there’s obviously something wrong with her to make her behave in such an un-Eileen-like way. Meanwhile Mary (Patti Clare) is intrigued by Eileen’s heavenly experience.

But George thinks he might have less celestial explanation.