The goodbyes begin next month

During a May “Today” show interview with Savannah Guthrie, which was taped just hours after DeGeneres revealed she would be leaving her daytime talker in 2022, she said that the barrage of negative press last year against her and “Ellen” — including last summer’s bombshell accusations of a “toxic” workplace — were “too orchestrated” and “too coordinated.”

“I have to say, if nobody else is saying it, it was really interesting, because I’m a woman, and it did feel very misogynistic,” DeGeneres told Guthrie, when speaking about the level of backlash she received when the reports rolled out accusing both her and show producers of unkind behavior. 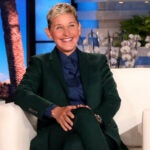 However, DeGeneres said the controversy surrounding “The Ellen DeGeneres Show” in the wake of those allegations — which led to an investigation and the firing of three top producers — is not the reason she decided to end the show with its upcoming 19th season.

“If it was why I was quitting, I would have not come back this year. I really did think about not coming back… It was devastating,” DeGeneres told Guthrie. “I am a kind person, I am a person who likes to make people happy. I just kept saying to Portia, ‘If I was a fan of somebody, even if I loved them, I would think there must be some truth to it, because it’s not stopping.’”

Dozens of current and former staffers spoke out about their time working on “Ellen” in a pair of bombshell Buzzfeed News reports in July 2020. WarnerMedia’s subsequent investigation into multiple accusations of workplace and sexual misconduct resulted in “The Ellen DeGeneres Show” removing three of its top producers: Ed Glavin, Kevin Leman and Jonathan Norman.